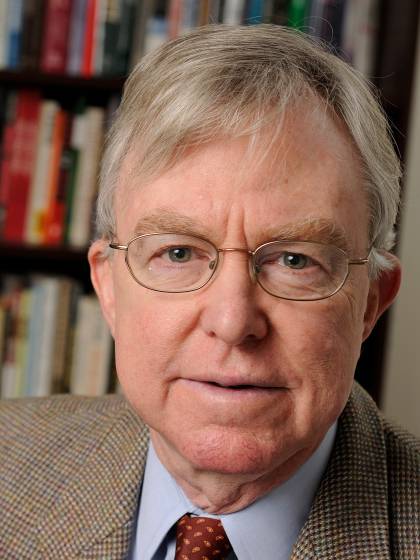 Robert Moffitt is the Krieger-Eisenhower Professor of Economics whose research has centered on labor economics and applied microeconometrics, with a special focus on the economics of issues relating to the low-income population in the United States.

Much of Moffitt's research into labor economics has focused on the labor supply decisions of female heads of family and its response to the U.S. welfare system. He has published research into the welfare system focused on food stamp and Medicaid programs. In addition, he has published research on the labor supply and family structure effects of social insurance programs, including Social Security, unemployment insurance, and disability insurance, as well as of the U.S. income tax system. Part of his research has focused on population economics and economic demography, where he has estimated economic models of marriage, cohabitation, female headship, and fertility.

Moffitt holds a joint appointment at the Johns Hopkins Bloomberg School of Public Health and is a fellow of the Econometric Society and the Society of Labor Economists. He is currently editor of Tax Policy and the Economy, a publication of the National Bureau of Economic Research which provides policy analysts in Washington with results from recent academic economic research on tax and transfer issues.