Researchers at the Institute for Quantum Matter prove that mechanically manipulating a certain type of metal can change its magnetic properties, ushering in new applications for the rare and underutilized field of piezomagnetism 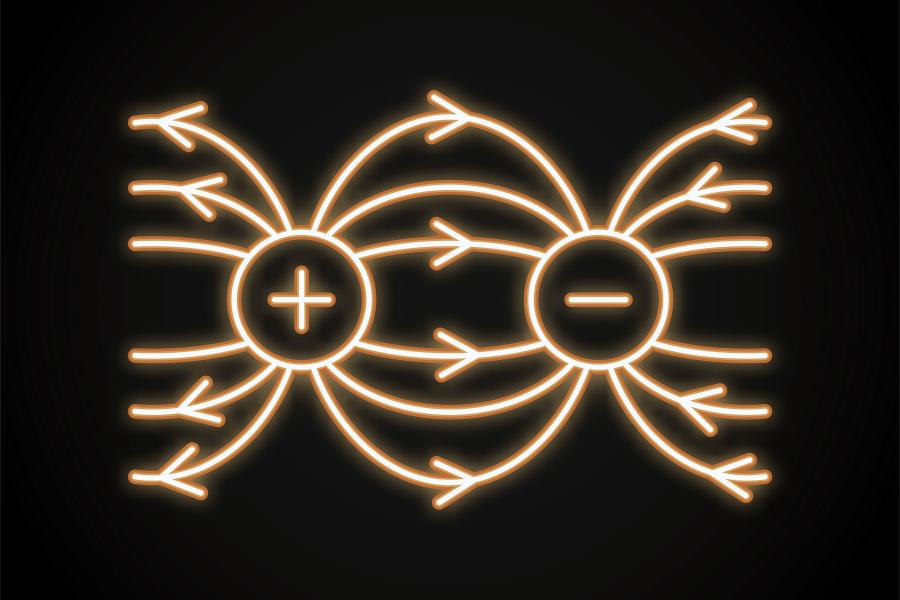 A team of physicists at the Johns Hopkins Institute for Quantum Matter has discovered that they can control a metal's electromagnetic properties by manipulating it mechanically. The finding suggests potential developments in the technologies involved in magnetic random access memory, or RAM, as well as other applications.

Scientists usually manipulate a material's magnetic state by applying a magnetic field or by passing an electric current through it. The discovery that stretching or compressing the metal can also control its electromagnetic properties was unexpected, says Oleg Tchernyshyov, a co-author of a paper published in Nature Physics that outlines the findings.

"Imagine you squeeze a magnet and that changes the direction of the orientation of its magnetic dipoles. That's hard to imagine, but in this case it works like that. So it was a rather unusual finding," said Tchernyshyov, a professor in the William H. Miller III Department of Physics and Astronomy. 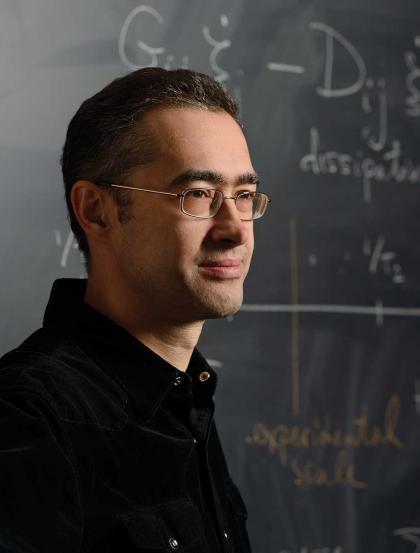 Mechanical control of electric properties, known as piezoelectricity, is broadly used. But its magnetic counterpart, piezomagnetism, is rare and weak, and until now has required extremely cold temperatures.

Satoru Nakatsuji, a research professor at the Institute for Quantum Matter and a physics professor at the University of Tokyo, had been working with an antiferromagnetic metal known as Mn3Sn. Antiferromagnetic metals have atomic or molecular components that align in a particular alternating pattern. By chance, his research group realized that they were able to reverse the directions of the atomic magnetic dipoles by stretching or compressing the material, even at room temperature. The finding was surprising because mechanical stress on its own does not create a magnetic field.

Nakatsuji mentioned the puzzling observation in a talk at a meeting of the IQM in November of 2019. Theoretical physicist Tchernyshyov, who was in the audience, got to work trying to explain how the magnetic reversal was possible. He and his graduate student at the time, Sayak Dasgupta, went on to develop a theory that explained how mechanical forces can influence magnetic degrees of freedom in antiferromagnetic materials. The Nature Physics paper describes both the experiments and the theory.

The researchers were motivated by the current push to utilize spintronics—the study of the spin of an electron and the associated magnetic moment it produces—in electronic devices. In hard-drive technology, memory bits are stored as magnetized areas in a thin magnetic film. A magnetic dipole with the north pole up is 1, for example, while one with the north pole down is 0. IBM physicist Stuart Parkin proposed "magnetic racetrack memory," in which bits are stored as the presence (1) or absence (0) of a domain wall. But it turns out that these domain walls—barriers of microscopic magnetic fields—are able to attract or repel other nearby domain walls, potentially scrambling the bits.

To overcome this hurdle, researchers turned to antiferromagnets, where adjacent spins alternate between two or three directions. This staggering of spins also staggers their magnetic moments, so the domain walls do not produce a magnetic field, and do not react to it.

But this solution creates yet another problem: how can the scientists detect the domain walls, now camouflaged by the alternating spins? Nakatsuji's group solved this issue in their antiferromagnetic material Mn3Sn by measuring the magnetic state indirectly, with the aid of the anomalous Hall effect. In the Hall effect, which was discovered at Hopkins in 1881 by physics graduate student Edwin Hall, an electric current flowing along a wire induces an electric field perpendicular to the wire; the resulting transverse voltage can be picked up by a voltmeter hooked up to the opposite edges of the wire. A reversal of the voltage indicates that the direction of spins has reversed, signaling the passage of a domain wall through the area monitored by the voltmeter.

For now, the finding sits in the realm of basic science—a previously unsuspected result that offers new insight into the intricacies of electromagnetic properties. But engineers may want to explore whether the phenomenon could be useful in the spintronics they hope will characterize the next generation of computer memory, Tchernyshyov says..

A highlight for Tchernyshyov is that much of the research was carried out independently by graduate students. Dasgupta, Nakatsuji's student, and a third at Cornell collaborated closely with one another.

"This illustrates the opportunities that our grad students have at the institute," Tchernyshyov said. "They don't just talk to their advisors; they go out in the field and work with people well outside of their area of expertise—with theorists, experimentalists, different groups with different capabilities. I think that's a really great opportunity."