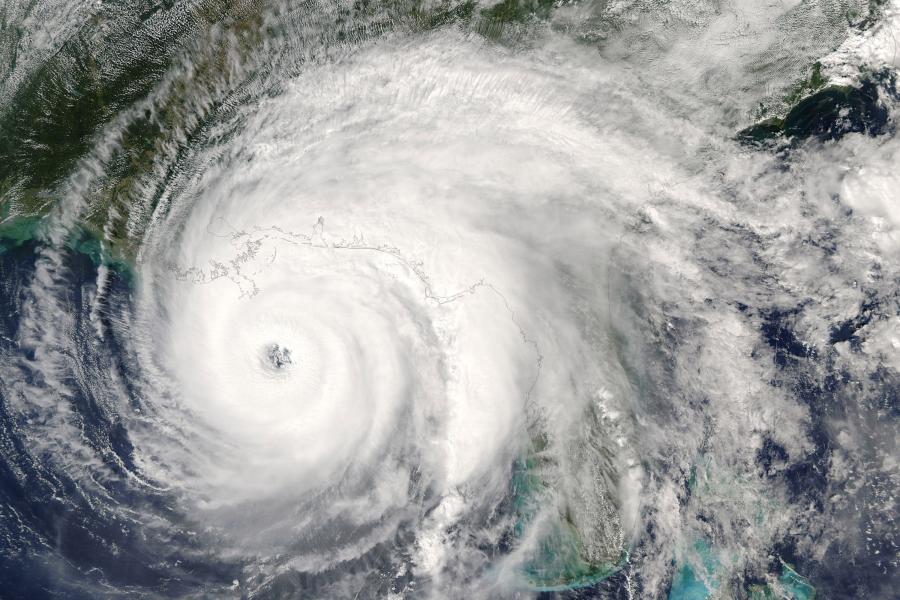 After sustaining seemingly catastrophic hurricane damage, a primordial groundcover vital to sustaining a multitude of coastal lifeforms bounced back to life in a matter of months.

The finding, co-led by a Johns Hopkins University geochemist and published in Science Advances, offers rare optimism for the fate of one of Earth's most critical ecosystems as climate change alters the global pattern of intense storms.

"The good news is that in these types of environments, there are these mechanisms that can play an important role in stabilizing the ecosystem because they recover so quickly," said Maya Gomes, a Johns Hopkins assistant professor of Earth & Planetary Sciences. "What we saw is that they just started growing again and that means that, as we continue to have more hurricanes because of climate change, these ecosystems will be relatively resilient." 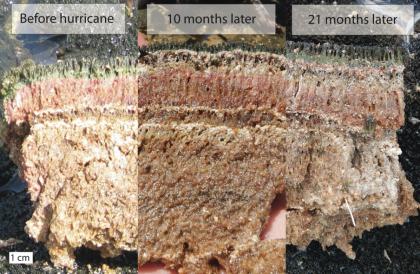 Image caption: The green surface layer of the microbial mat contains cyanobacteria that produce oxygen and build a habitat for other organisms; the middle pink layer is formed by the purple sulphur bacteria that oxidize toxic sulfide; and the lower brown layers are mostly composed of dead cyanobacterial cells devoid of animal life but rich in sulfate reducers.

The team, co-led by California Institute of Technology and University of Colorado, Boulder, researchers, had been studying microbial mats in Little Ambergris Cay, an uninhabited island in Turks and Caicos. Microbial mats are squishy, spongey ecosystems that for eons have sustained a diverse array of life from the microscopic organisms that make a home in the upper oxygenated layers to the mangroves it helps root and stabilize. Mats in turn provide habitats for even more species and can be found all over the world in wildly different environments. The variety this team studied are commonly found in tropical, saltwater-oriented places—exactly the coastal locations most vulnerable to severe storms.

In September 2017, the eyewall of Category 5 Hurricane Irma directly hit the island the team had been working on.

"Once we learned everyone was OK, we were uniquely well-poised to investigate how the mat communities responded to such a catastrophic disturbance," Gomes said.

The tropical cyclone's impact was immediately devastating, choking the mats with a blanket of sandy sediment that decimated new growth. However, as the team checked on the site first in March 2018, then again in July 2018 and June 2019, they were excited to see the mats regrowing, with new mats visibly sprouting from the sand layer in as little as 10 months.

"For islands and tropical locations with this type of geochemistry—the Florida Keys would be one in the United States—this is sort of good news in that we think that the mangrove ecosystem as well as the microbial mats are pretty well stabilized and resilient," said lead author Usha F. Lingappa, a postdoctoral scholar at the University of California Berkeley.