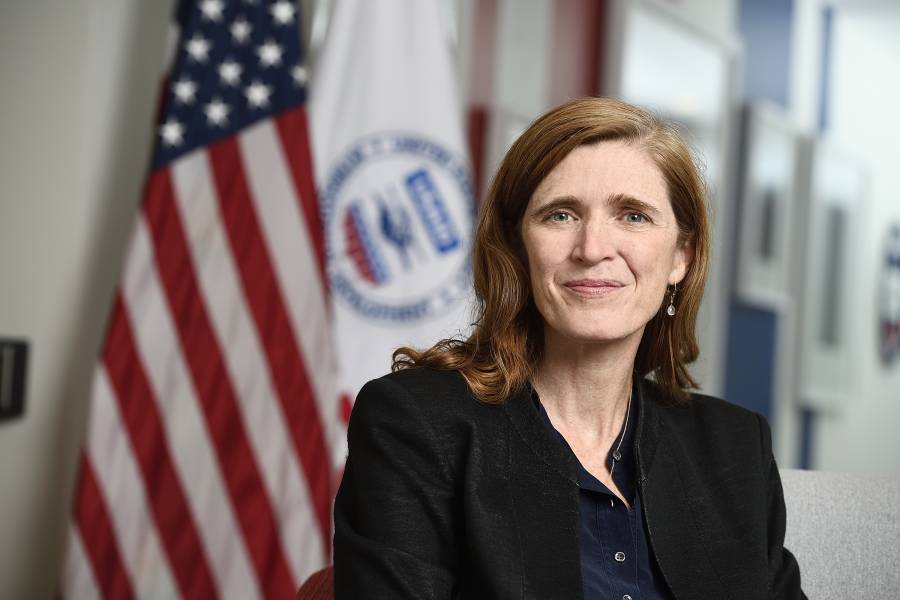 Former U.S. Ambassador to the United Nations and Pulitzer Prize-winning author will address the Class of 2022 on May 22

Samantha Power, Administrator of the U.S. Agency for International Development (USAID), former U.S. Ambassador to the United Nations, and Pulitzer Prize-winning author, will address the Class of 2022 at Johns Hopkins University's commencement ceremony on Sunday, May 22.

Power, a leading voice internationally for principled American engagement in the world, will receive an honorary doctor of humane letters degree during the ceremony at Homewood Field, alongside Johns Hopkins undergraduate, graduate, and professional students.

As USAID Administrator, Power leads the world's premier international development agency and its global staff of over 10,000 people working in 100 countries around the world to drive progress on issues including food security, education, women's empowerment, and global health. At USAID, Power has focused on helping the U.S. respond to a range of challenges, including the COVID-19 pandemic and efforts to surge global vaccinations; climate change; conflict and humanitarian crises; and supporting democratic societies, peaceful civic movements and human rights. Power is also the first USAID Administrator to be a member of the National Security Council.

Prior to joining the Biden administration, Power was the Anna Lindh Professor of the Practice of Global Leadership and Public Policy at Harvard Kennedy School and the William D. Zabel Professor of Practice in Human Rights at Harvard Law School.

"As a principled critic of American foreign policy turned U.S. Ambassador to the United Nations, Samantha Power has demonstrated throughout her distinguished career how to translate the values and insights of a seasoned reporter and scholar into the practice of a diplomat," Johns Hopkins University President Ron Daniels said. "The consummate insider-outsider, she has fused idealism with pragmatism and rigorous investigation with swift action, all in the service of improving lives and defending humanity. These capacities have never been more important and we could not be more thrilled to have her address the Class of 2022."

Power served in the Obama administration for both of President Barack Obama's terms. From 2013 to 2017, she served as U.S. Ambassador to the U.N., where she rallied countries to combat the Ebola epidemic and ratify the Paris climate agreement, worked to negotiate and implement the Sustainable Development Goals, helped catalyze bold international commitments to care for refugees, and advocated to secure the release of political prisoners, defend civil society from growing repression, and protect the rights of women and girls.

From 2009 to 2013, Power served on the National Security Council staff as special assistant to the president and senior director for Multilateral Affairs and Human Rights. In this role, she advised the Obama administration on issues including democracy promotion, U.N. reform, LGBTQ+ and women's rights, atrocity prevention, and the fights against human trafficking and global corruption. President Obama called Power "one of our foremost thinkers on foreign policy," adding, "she showed us that the international community has a moral responsibility and a profound interest in resolving conflicts and defending human dignity."

"From building the COVID-19 case map, to donating medical supplies for emergency care in Ukraine, to creating a research and prevention center to address spiking gun violence, Johns Hopkins steps up when the world comes calling," Power said. "The graduates of the Class of 2022 embody this spirit of innovation and social responsibility. Now more than ever, we need their creativity, dedication, and intellectual curiosity, and I'm thrilled to be joining them for Commencement."

Forbes referred to Power as "a powerful crusader for U.S. foreign policy as well as human rights and democracy" when it included her on its "World's 100 Most Powerful Women" list. She was also named one of Foreign Policy's "Top 100 Global Thinkers" and twice to Time's "100 Most Influential People" list.

Power has written several books, including "A Problem from Hell": America and the Age of Genocide, which won the Pulitzer Prize in 2003. Her most recent book, The Education of an Idealist: A Memoir was selected as one of the best books of 2019 by numerous publications.

Before joining the U.S. government, Power was the founding executive director of the Carr Center for Human Rights Policy at the Harvard Kennedy School, a columnist for Time, and an award-winning contributor to The Atlantic, The New Yorker, and The New York Review of Books. Power, who immigrated to the United States from Ireland at age nine, started her career as a war correspondent and has reported from places such as Bosnia, East Timor, Kosovo, Rwanda, Sudan, and Zimbabwe. She earned a bachelor's degree in history from Yale University in 1992 and her J.D. from Harvard Law School in 1999.

Johns Hopkins University's commencement ceremony will be held Sunday, May 22 at 6:30 p.m. EDT on Homewood Field at the university's Homewood campus. 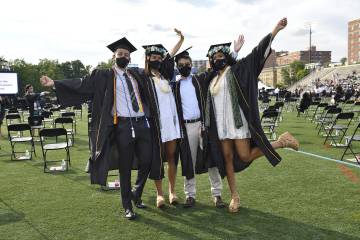 Published Oct 18, 2021
Renovations at Royal Farms Arena prompted a date switch and the move to a sunset ceremony at Homewood Field 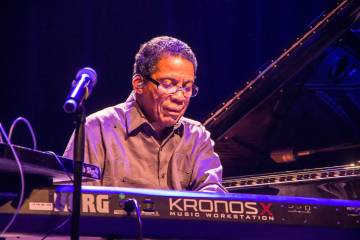 Published March 29, 2022
Award-winning jazz musician will address 2022 Peabody graduates and receive the George Peabody Medal at the May 25 ceremony 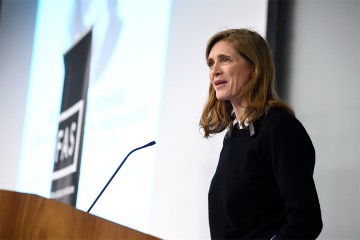