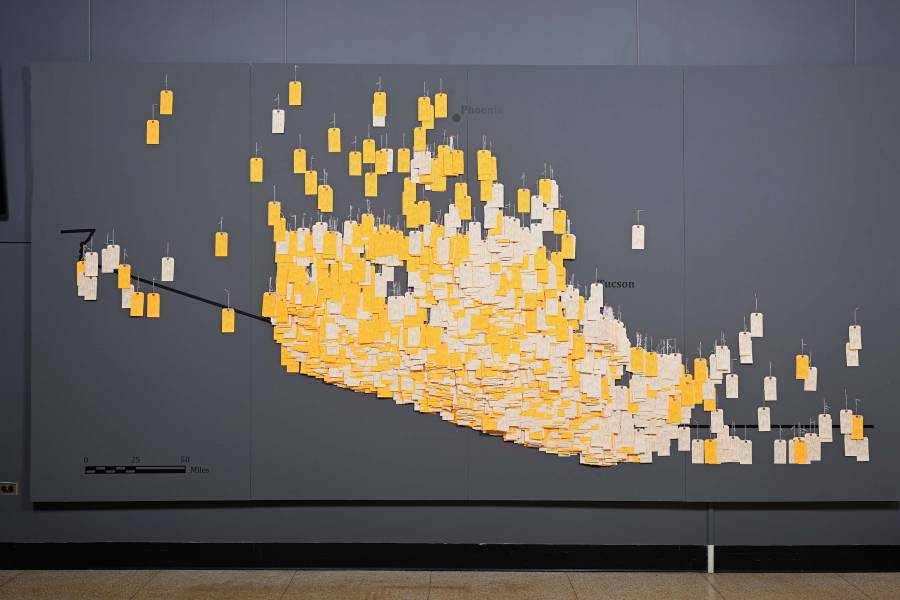 Art installation memorializes the thousands of lives lost at the U.S.-Mexico border

The 3,200 toe tags of Hostile Terrain 94 aim to "rehumanize" migrants who have died while crossing the Sonoran Desert

As a child of Mexican immigrants living in Southern California, Mufasa Cruz Moreno has spent his life immersed in the stories of those who had crossed the U.S.-Mexico border. 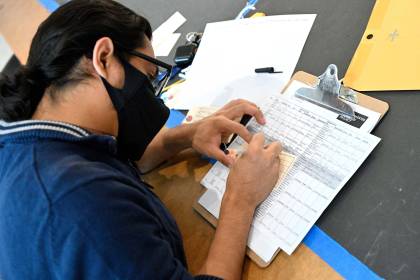 But when Moreno began writing out toe tags to represent those who didn't make it, volunteering to help create the Johns Hopkins Archaeological Museum's Hostile Terrain 94 installation, he broke down. "That first tag, I was in tears."

While the sophomore political science student carefully filled in the information on the tags—name, cause of death, body condition—he couldn't help but think of his relatives who had made the journey. He began to worry that he might find a family member's name in the data. "Seeing it on paper brought up so much anger and sadness."

Yet those feelings didn't deter Moreno; they emboldened him. "We need to give these people a voice," he says on a quiet afternoon in the museum on Homewood campus, taking a break from proofreading that day's stack of tags. On the back of each one he had written, Que descanse en paz: "May you rest in peace."

The thousands of tags that Moreno and hundreds of volunteers have spent weeks filling out are now on display in the main foyer of the Eisenhower Library, pinned to a 15-foot map of Arizona's Sonoran Desert, each one painstakingly geolocated to where the victim's remains were found. Manila tags represent identified bodies; orange ones connote the more than 1,000 unidentified bodies recovered between 2000 and 2020.

Sanchita Balachandran, associate director of the Johns Hopkins Archaeological Museum, who organized the Hopkins exhibition together with Alessandro Angelini, an assistant professor of anthropology, says the effort to create and install the exhibit made a sometimes abstract issue feel concrete to those who took part. The ongoing crisis at the border "can feel like it's not really happening anywhere," says Balachandran, herself a child of immigrants. "The tactile way you can participate in this project is a rare thing in museum practice. Usually people consume an exhibition—they aren't a part of it." 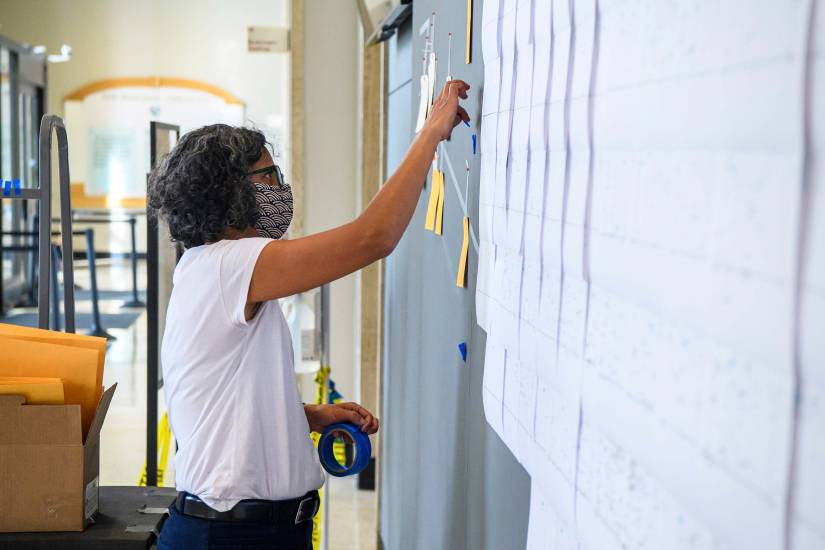 Johns Hopkins is one of approximately 150 institutions simultaneously hosting the exhibition, originally set to be held in the run-up to the 2020 election, before the pandemic shuttered common spaces everywhere.

Hostile Terrain 94 is the creation of anthropologist Jason De León, executive director of the Undocumented Migration Project. The nonprofit's mission is to demonstrate the devastating and often deadly impact of the United States Border Patrol's immigration enforcement strategy known as Prevention Through Deterrence. Implemented in 1994, the policy was designed to dissuade migrants from illegally crossing the U.S.-Mexico border through urban ports of entry, forcing them instead to the "hostile terrain" of remote and unpopulated areas like the Sonoran Desert, which spans more than 100,000 square miles across southwestern Arizona and southeastern California. In theory, the dangers of that journey—the unforgiving landscape, extreme weather, and venomous snakes, to name a few—would discourage migrants from trying. But that's not what happened.

Instead, more than 6 million people have attempted to cross the border through the Sonoran Desert. At least 3,200 of them have died.

Hostile Terrain 94 aims to increase awareness about the effect of Prevention Through Deterrence by creating a stark, visual representation of the deaths it has been responsible for.

"There's no embellishing or editorializing," says Angelini. "We're letting the data speak for itself."

Another goal, according to the Undocumented Migration Project website, is to create an "affordable, accessible, and democratized" exhibition that entails community involvement across a range of organizations and locations, requiring people to come together for the meticulous and emotional work of filling out the tags.

At first, Angelini thought of the tag-writing element of the exhibition simply as "Phase One" of the project. "But it's actually the heart and the core," he says. "We're just transferring data, but we're rehumanizing every single person—even if they're unidentified."

Balachandran also points to the participatory nature of the exhibition as its greatest strength. "Collective acts can push us to do things differently."

She says that the tag-writing events in the museum have drawn individual students and classes from many disciplines. "Everyone has a different reaction," to the work, Balachandran says, "but there's always an initial quiet. There's a sense of solace in the group."

Natalia Stefanska, a sophomore international studies student from Poland, intended to take part in one tag-writing session. "I came and never left," she says. She's brought friends and roommates to volunteer alongside her.

Some of the tags are particularly jolting. Stefanska remembers the tag she wrote for a 13-year-old child. The tag of a migrant whose body was found on Stefanska's birthday. A person who shares a last name with someone she knows. "There are terrifying descriptions of death and violence."

Like Moreno, Stefanska is motivated by the harrowing stories that each tag represents.

"These are people. Not just remains," she says. "The least we can do is pass on their existence." 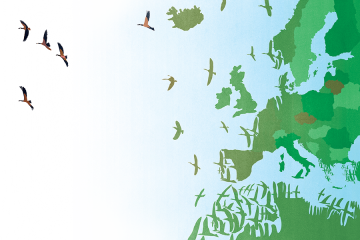 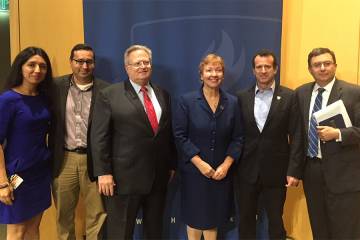 The impacts of 'zero-tolerance'

Published Sept 18, 2018
Experts discuss the short- and long-term ramifications of family separation at the border 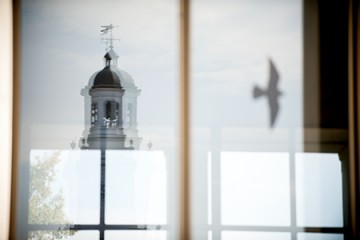