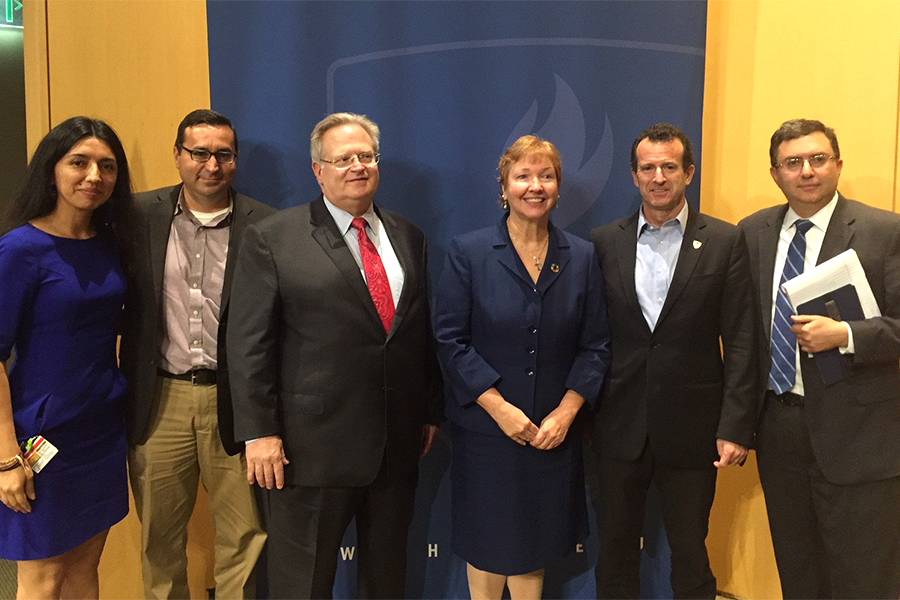 In April, Colleen Kraft, president of the American Academy of Pediatrics, toured one of three "tender age" shelters in South Texas, facilities set up to house the youngest migrants forcibly separated from their parents at the U.S.-Mexico border.

Kraft wanted to see for herself the conditions of the shelters and the impact of a new "zero tolerance" U.S. immigration enforcement policy, viewed by the current administration as a means to discourage migrants at the southern U.S. border. As has been widely reported, from spring 2017 to the present, the U.S. Customs and Border Protection agency has separated thousands of parents and children—many of them seeking asylum in the United States—who crossed the U.S. border from Mexico. One hundred children taken were under the age of 4.

"We know that separating parents from children is not a great idea, but science tells us this is actually child abuse, because we're impacting the development of their brains."
Colleen Kraft
President, American Academy of Pediatrics

Kraft described the shelter as relatively "homey" compared to the cages in other detentions centers intended to house older children and adults, but also eerily silent. Whereas one might expect to see toddlers rambunctious and loud, these 15 children sat hushed, save for one girl who sobbed uncontrollably. Staff could try to console the children, Kraft said, but were not allowed to pick them up or hold them.

"You could see what none of us in that room could give them, their parents," said Kraft, one of four child health and human rights experts who gathered at the Johns Hopkins Bloomberg School of Public Health on Monday for a panel discussion titled, "Separated: Children at the Border, a Health and Human Rights Perspective."

The discussion—moderated by Josh Sharfstein, vice dean for public health practice and community engagement at the Bloomberg School, sought to advance the discussion of the short- and long-term impacts of the current U.S. immigration policy and to look toward alternatives. The public health and legal impacts, the panelists said, are far from resolved and could have negative ramifications that last years.

In June, Bloomberg School Dean Ellen MacKenzie, Sharfstein, and other faculty members co-authored a public statement asserting that the harsh treatment of children at the border will affect their health and lives for many years to come. The trauma to parents, they wrote, is also devastating, and the lasting consequences to thousands of families will be profound. These family separations violate the Convention on the Rights of the Child, and the authors stated that the Bloomberg School stood with organizations working to reverse the policy.

Kraft said the children she saw at the tender age shelter were clear victims of what is called toxic stress. When faced with periods of stress, humans respond with an increase in hormones such as cortisol, the so-called fight or flight chemicals in the brain, and reduced serotonin, dopamine, and other neurotransmitters in the brain. The presence of a parent and caregiver, Kraft said, helps modulate these stress hormones and increases the brain's resiliency. When these hormones are unbuffered, they can cause disruptions in brain synapses, which can keep the child from developing speech and language, fine motor function, and social and emotional bonds.

"We saw firsthand that, without their parents, this toxic stress was impacting their brain and brain development," says Kraft, co-author of the book Managing Chronic Health Conditions in Child Care and Schools. "We know that separating parents from children is not a great idea, but science tells us this is actually child abuse, because we're impacting the development of their brains."

Hearing from @ColleenKraft of @AmerAcadPeds now at @JohnsHopkinsSPH on family separations: I visited detention center and saw young children crying without ever being comforted. This is not healthy. pic.twitter.com/cAi06tjWOV

The younger the child and the longer the separation, Kraft said, the greater the trauma and long-term mental health effects, even after a child is reunited with their parents.

"This means kids coming back to their parents are actually different kids," she said. In essence, the clock is ticking on the welfare of these children.

The panelists emphasized that detention shelters are near capacity, and that any additional surge in migrant populations could overwhelm the system. Already, they said, there is not enough food and water at some facilities, or sanitary conditions.

George Escobar, chief of programs and services at CASA de Maryland, discussed how we got to this point and the role of U.S. Attorney General Jeff Sessions in implementing and creating the current immigration enforcement policy. The changes made to policies of the Department of Justice, Esocbar said, cannot be easily undone.

"These changes will have long-term effects, even post a Trump administration, and we have to be smart about reversing policy," he said.

He gave the example of arrests of immigrants, even those with no criminal backgrounds, who are then placed into an already backlogged court system. The present system, Escobar says, makes it increasingly difficult for immigrants to win their cases, as they don't have a right to public counsel and judges are being given quotas to close out a certain number of cases each year, often resulting in deportation.

Instead, state and local governments could help fund legal representation programs that give these asylum seekers a fighting chance of winning their cases, Escobar said.

"It's important for you to know that this family separation policy doesn't exist in isolation, but that it's part of a larger system that is being put in place that doesn't automatically go away when one person in the White House leaves office," he said. "They will live long after these individuals, and we must help create a fair system where we can all access justice in the same way."

Paul Spiegel, director of the Bloomberg School's Center for Humanitarian Health, said that more needs to be done to promote the positive impact of immigration and to counter the backlash of xenophobia that is on the rise in the U.S. and across Europe. He said the subject of immigration is inherently political, and that people in public health need to consider both sides of the coin.

"There are many people across the divide, Democrats and Republicans and Independents, who recognize these children's rights and want to do right by them," he said. "We need to hear from a broad division of people and sentiments, and understand their views, if we wish to counter these negative effects that could last for generations."

In her closing statement, Kraft shared a letter she received from a fifth-grader this summer: "Dear President of the American Academy of Pediatrics," it reads. "I think the world needs you now, especially the children. They have done nothing wrong. They are probably in jail because they are immigrants, but that doesn't mean they should be treated differently. Be the change you want to see in the world."

Kraft paused and smiled after she read the short note. "If that can come from a fifth-grader, that same sentiment should also come from our national leaders." 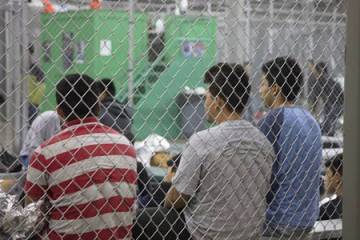 The impact of family separation

Published June 21, 2018
Paul Spiegel says that for children, being separated from their parents is a trauma that can have 'very negative effects' / Newsweek