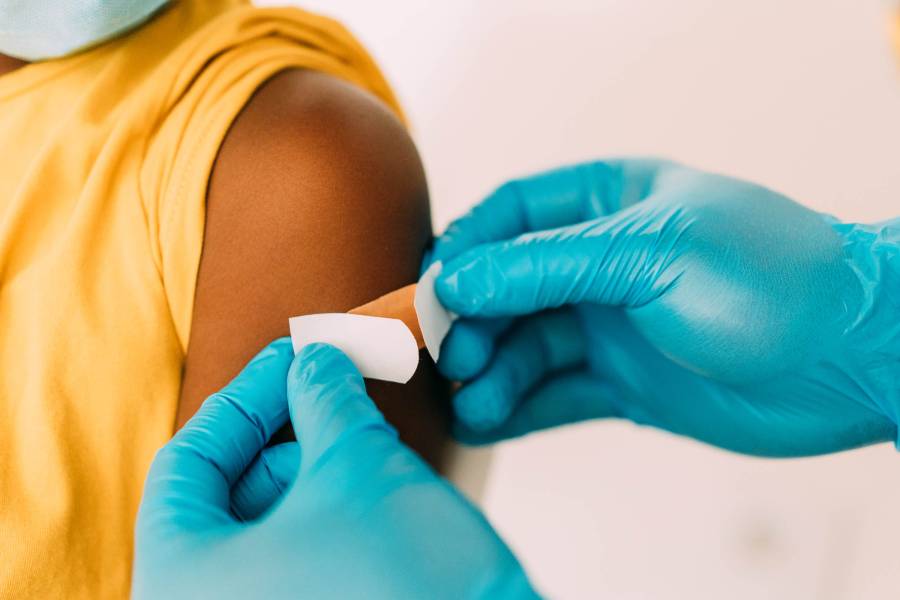 It's their turn: COVID-19 vaccines for kids 5 and up

After waiting nearly a year since the first COVID-19 vaccines began to be rolled out to American adults, it's time for kids to get their turn in line. An FDA advisory committee voted Tuesday in favor of authorizing the use of the Pfizer vaccine for children ages 5 to 11, which has cleared the way for the Centers of Disease Control and Prevention to weigh in next week (Update: The CDC gave its full approval on Nov. 2). If all goes as expected, the vaccine will become widely available just a few days later.

Here's what families can expect as the process unfolds, according to Johns Hopkins experts.

Why should my child get vaccinated?

It's true that COVID-19 is more of a threat to adults than to kids, says Kawsar Talaat, a board-certified pediatrician and associate professor in the Johns Hopkins Bloomberg School of Public Health's Department of International Health. But the delta variant surge has led to millions of child infections, and unfortunately, many hospitalizations. In September alone, 41 children died of COVID-19 in the United States. "That's 41 deaths too many," she says.

Gigi Gronvall, senior scholar at the Center for Health Security at the Bloomberg School, notes that COVID-19 is one of the 10 leading causes of death of children, and a third of those hospitalized had no preexisting conditions that made them more susceptible to illness. And because the virus continues to circulate, the risks of being exposed remain high. "Your child is going to bump into it at some point," she says.

Vaccinated kids will be less likely to get infected, which means schools can operate in-person without as much need for quarantines, Talaat adds. "It will also protect people who are vulnerable in our communities," she explains, including younger children and anyone who is immunocompromised.

What kind of vaccine will my child receive?

The Pfizer vaccine expected to get the green light next week is the same vaccine that millions of adults and teens around the world have already safely received. "But children aren't little adults and we can't give them the same dosage," Talaat explains. Instead, kids will get a dose that's 10 micrograms, a third the size of the adult dose.

Pfizer data released by the FDA last week showed that in its clinical trial, the vaccine was 90.7% effective at preventing symptomatic illness in children. That's comparable to the full 30-microgram dose that children 12 and up received, Gronvall says.

On Monday, Moderna said on that its COVID-19 vaccine generated a strong immune response in children ages 6 to 11 and that it plans to submit the data to global regulators soon. But it's unclear if and when U.S. regulators will take action—Moderna is still awaiting a response to its June application to authorize the use of the vaccine in children between the ages of 12 and 17.

There's no way to know the exact timeline, notes Gronvall. "And the data we have from Pfizer is that it's over 90 percent effective," she says. "It's hard to believe it makes sense to wait."

How hard is it going to be to get an appointment?

For adults, the vaccine rollout had to happen in waves because there initially wasn't enough supply to accommodate everyone who wanted. That won't be true for children, explains Talaat, who says there are 28 million children between the ages of 5 and 11 in the country and 28 million doses of vaccine already prepared for them. "It will be available to all kids 5 to 11, regardless of preexisting history, just as it was for adolescents," Talaat says.

There's a push to get the vaccine directly to pediatricians, so families can make appointments at their doctor's offices. "This will potentially leave out some kids who don't have regular doctors they go to," notes Talaat, which is why there will also likely be clinics at schools and pharmacies to ensure that all kids have access. More details on distribution are forthcoming.

How to Preserve the Good Parts of Pandemic Schooling

What kind of side effects should my child expect?

Results from the clinical trial showed few side effects for kids beyond pain at the injection site and tiredness, Gronvall says. Don't worry about your child needing to take a day off from school—or a parent needing to take that same day off of work, she adds. "I wouldn't let my kid stay home from school for a sore arm," Gronvall says. But maybe don't schedule the shot right before your kid has a big soccer game or another strenuous activity planned.

In very rare cases, there could be additional side effects, such as heart inflammation. The lingering effects of COVID-19 could be far worse, warns Gronvall, who points to a growing body of research on the neurological implications of the virus. "I worry about developing brains," she says.

What does the vaccine news mean for my family's Thanksgiving plans?

Kids will likely have had just one shot before any gatherings at the end of November, which is disappointing for families hoping to have a fully vaccinated party this year. Adult vaccine data—prior to the rise of the delta variant—showed that there was good short-term protection even after a single dose, Talaat says. So the fact that kids haven't received a second dose shouldn't necessarily prevent folks from traveling, but it does mean it's wise to take additional precautions. For her family's gathering, everyone attending will do a rapid test and her 10-year-old son will stay masked, Talaat says.

Other families may decide the risk level remains too high, notes Tamar Mendelson, Bloomberg Professor of American Health and director of the Center for Adolescent Health in the Bloomberg School's Department of Mental Health. She plans to hold off on any travel until her child has reached full immunity. "With the delta variant and how transmissible that is, I would be more comfortable waiting," she says.

For the very first kids to receive their vaccines, it's possible that travel or holiday plans could conflict with the timing of their second dose, which would typically be three weeks later. Gronvall says there's no problem with waiting a few extra days until you can get back to see your doctor.

When can my toddler get vaccinated? And will my teen need a booster?

Kids under the age of 5 likely won't have a vaccine approved for at least a few more months, maybe until the spring, Gronvall says. And there's no push for boosters for teens, except for anyone 18 and over who received the Johnson & Johnson vaccine. The recommendation for those young adults is to get a dose of J&J, Moderna, or Pfizer vaccines to boost their immunity—it's ok to mix and match vaccines and the data look the best with a Moderna or Pfizer shot. 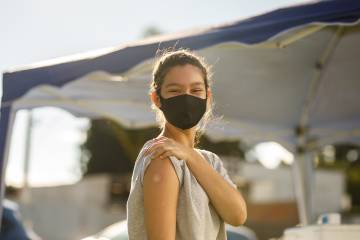 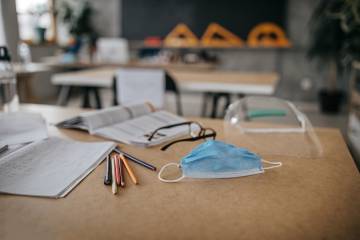 COVID-19 and the new school year