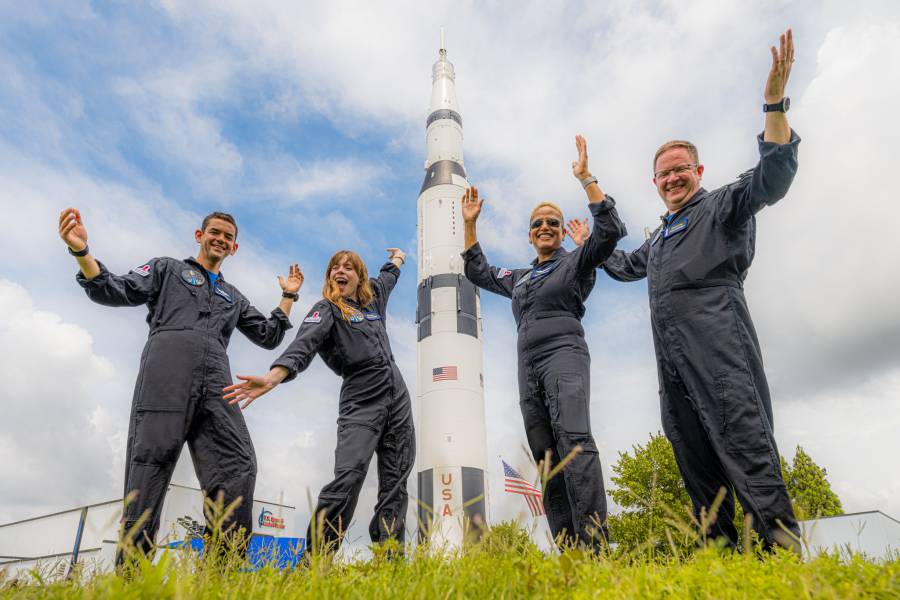 And spaceflight for all

Ever since Soviet pilot and cosmonaut Yuri Gagarin, the first person in space, orbited the Earth in 1961, the final frontier has been the province of professionals. Although private citizens have made the trip aloft, they've always been under the supervision and care of highly skilled, government-trained astronauts. That is about to change. The Inspiration4 mission, slated to launch Sept. 15, will be the first all-civilian orbital spaceflight.

A Falcon rocket operated by the commercial space firm SpaceX will ferry the Inspiration4 crew of four into orbit approximately 350 miles up, where they'll lap around Earth for three days aboard a Crew Dragon spacecraft. Jared Isaacman, 38, the billionaire CEO of Shift4 Payments and a trained pilot, paid SpaceX an undisclosed sum for the endeavor and is leading the crew. 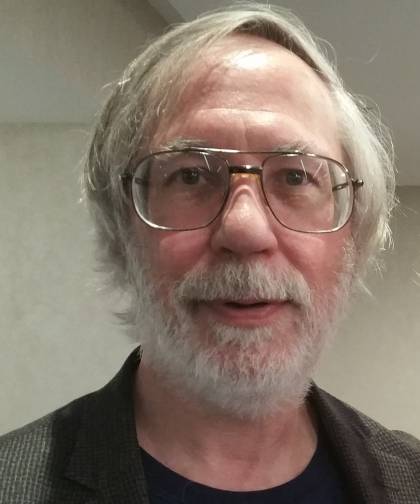 The mission is raising millions in charity for St. Jude Children's Research Hospital, where Inspiration4 crewmember and childhood cancer survivor Hayley Arceneaux was treated and now works. The crew is rounded out by geology professor Sian Proctor and Chris Sembroski, a data engineer for Lockheed-Martin. Before, during, and after their milestone expedition, the crew will participate in a slate of biomedical experiments funded and overseen by TRISH, the Translational Research Institute for Space Health at Baylor College of Medicine's Center for Space Medicine. The crewmembers themselves will collect research-grade ECG activity, movement, sleep, heart rate and rhythm, blood oxygen saturation, cabin noise and light intensity. Mark Shelhamer, a professor of otolaryngology at the Johns Hopkins School of Medicine, will serve as principal investigator of one of the Inspiration4 projects focused on how our bodies' sense of balance and spatial awareness adapts to changes in gravity.

The Hub spoke with Shelhamer in early September ahead of Inspiration4's historic launch. Shelhamer, who serves as principal investigator of the Johns Hopkins Human Spaceflight Lab, previously served as NASA's chief scientist for human research. In a wide-ranging conversation, he talked about the upcoming mission and the future of commercial and consumer spaceflight.

What excites you most about the Inspiration4 mission?

Inspiration4 represents the dawning of a new era because it shows that you don't have to be a professional astronaut to go to space. You still must be rich or know somebody who is, but eventually, space will be open to more people. And Inspiration4 is helping make that possible by conducting biomedical research. SpaceX and the research funding organization TRISH are trying to do the right thing. They're setting a standard, hopefully, for future all-commercial flights by saying, "Look, you can pay your money, go look out the windows, flip around in weightlessness, have the time of your life, but hey, you can do something that's actually giving back to the space community at the same time." The people involved in Inspiration4 didn't have to do that, and I'm very much enthused that they did.

What insights are researchers hoping to glean from Inspiration4's experiments?

Anytime you send a person into space, it's an experiment. To explain why, let's compare aviation and spaceflight. In 2019, pre-COVID, airlines carried 4.5 billion passengers on 39 million flights. Commercial aviation is a very, very mature field, both technologically and biomedically. Things do still go wrong, but they're extremely rare because the experience base is huge. Comparatively, fewer than 600 people have ever flown into space. Spaceflight is not a mature field at all, so any data you can get is extremely valuable.

With that in mind, the experiments picked for Inspiration4 span a range of relevant areas covering metabolism, basic physiological functions, psychological functions, and more. There will be blood tests, electrocardiograms, ultrasound scans. Lots of data. Cognitive function testing is a particularly interesting area. When NASA astronauts go into space, they often describe something called the "space stupids" or space fog, where it feels like they're working through molasses, and everything takes longer. We don't know what causes that and we'd like to get a handle on it. The Inspiration4 astronauts will receive the same cognitive tests that are usually run on professional astronauts. Comparing the results between nonprofessional and professional astronauts will help tell us: Does this happen to everybody? Is it the workload that contributes to the cognitive challenges? Those are the kinds of things that you can start to address so that when the next set of commercial fliers fly, and then the next and the next, we have a much better idea of what those people can expect from their experience.

"Inspiration4 represents the dawning of a new era because it shows that you don't have to be a professional astronaut to go to space."
Mark Shelhamer
Professor, Johns Hopkins School of Medicine

It sounds like examining "regular" citizens and not carefully selected, extremely well-trained astronauts can improve our understanding of what happens overall to the human body in space?

That is definitely a big part of the Inspiration4 mission and consumer spaceflight in general. The professional astronaut core is still relatively homogeneous in the sense that they're very highly trained, very highly educated, extremely motivated, high-performing individuals with very few medical issues. By sending people with a variety of backgrounds you can start to figure out what's really critical in maintaining healthy performance in astronauts.

Tell us about your specific project on Inspiration4.

My project is actually based on a NASA-supported experiment to test and study astronauts through the year 2033. It's focused on something called otolith asymmetry. Otoliths are these tiny, crystal structures that move about within the inner ear. They are a critical part of the vestibular system, which enables your sense of balance and spatial orientation. It's normal for people to have differences in their otoliths from one ear to the other. Your brain compensates for this asymmetry when you're in a normal gravity environment, like on Earth. But, when you go into zero-g, like in space, that compensation is no longer appropriate and manifests—we think—as motion sickness and disorientation during spaceflight. It also causes a misalignment of the two eyes–vertically and torsionally–which is what we measure with a tablet computer and red/blue spectacles, before and after flight. In addition, after returning from space, astronauts frequently have trouble with balance and coordination for at least a few hours, which is the other thing we measure.

Because of COVID-19 and other logistical restrictions, my research team and I are not interacting directly with the Inspiration4 crewmembers, but we're going to have a SpaceX biomedical engineer test the crew pre-and post-flight to see how they stand on their own, asking them to close their eyes and put their feet together, and then measure body sway. We want to augment and complement the good work NASA is already doing with additional sets of people and quicker turnaround times. We're going to get some good science.

Besides promoting human activity in space and advancing space medical research, what are some other reasons to send nonprofessional astronauts to space?

Many astronauts have reported experiencing the "overview effect," when you see the Earth as a whole, without borders, and realize the commonality of all people and just how fragile our world is. What right do we have as a society to say, "You know that extraordinary experience of the overview effect? Oh, that's only open to a few select astronauts." No, we should be opening space up to anybody who is willing. At the moment, it means anybody who can afford it. But the price of commercial spaceflight for private citizens will come down, eventually to where it's like taking a round-the-world cruise or summiting Mt. Everest. Nobody complains about people spending their money to do that.

Another reason to send nonprofessional astronauts into space for days or weeks at a time, where their only job is to just be in space, is that they can soak up the experience and then come back and tell us about it. They can write a book, write a song, write a poem, do an interview. Professional astronauts often don't have the luxury of ruminating because they have so many tasks and duties. Having people up in space just looking around, experiencing things, and making serendipitous observations—there's real value there.

You were 10 when the Apollo 11 mission landed on the moon in 1969. Over your life and career, human spaceflight has changed from quick jaunts to the moon, to two-week missions aboard the space shuttle, to now year-long stays on the International Space Station, with even longer missions planned to Mars. What do these longer durations in space mean in terms of medical risks for humans?

Make no mistake, it's still risky to go into space, especially getting there during launch, and coming back through the atmosphere and landing. But a lot of the risk now also comes from the fact that you're living in space for months at a time as opposed to just being out there for a week or two like an Apollo mission and saying, "I can live with just about anything. Just get me back home."

The risk profile will dramatically change again when humankind goes to Mars. That mission will likely involve four to six people stuck together for three years without any access to medicines or entertainment that we don't send with them. And [they will be] exposed to significantly more radiation and weightlessness than missions today. Those exposures mean more cellular damage, bone and muscle loss, [and] internal fluid shifts. All the issues we deal with today but magnified. The interpersonal-relations part of getting along with crewmates is also going to take on much more importance. The people we send to Mars are going to be very special people, and rightfully so.

What do you see as the future of commercial and consumer spaceflight?

The growth of consumer spaceflight is going to be gradual because of the cost and also, frankly, because of the danger, the unknowns. The short answer is no one knows for sure. It's going to depend on what we find and what happens when the dust settles. And we do know there's going to be some dust. There's going to be people who get hurt, maybe people who die. But when we start to send nonprofessional astronauts up semi-routinely, my mind boggles at what's possible. It's like trying to predict the future of computing and the Internet in 1981 when the first IBM PC came out. There's no way you could have predicted where we are now from that.

Commercial spaceflight is not trying to take over from NASA. It's going to complement what NASA does. You could make the case that at this point NASA, more than 60 years after it was established, has no business being tied up in low-Earth orbit ( the area of space a few hundred miles or so in altitude), where all human space activity has taken place since the lunar missions half a century ago. Not that going to low-Earth orbit is routine, but it's routine enough that maybe you could turn those operations over to commercial operators. Let those operators explore the environment, explore commercial endeavors and research, and expand opportunities for people to fly. That would then let NASA go to the moon and Mars and push the envelope to the extremes of what's feasible, and the limits of danger, frankly.

So, I'm optimistic. Putting people—with all their powers of observation, their cleverness, their great insights—into a space environment on a regular basis so that they can try things without the constraints of a professional, NASA-type mission, I think will deliver amazing things, not only for research but for humanity. 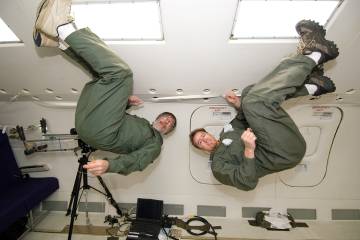 Published Summer 2019
As NASA prepares to send humans back to the moon and beyond, Mark Shelhamer and fellow Hopkins scientists want to ensure that future space travelers survive and thrive out there / Johns Hopkins Magazine