COVID-19 this week: Some good news, but no time for complacency

By Katie Pearce and Amy Lunday

Though the U.S. is finally seeing some encouraging COVID-19 trends—a slower rate of increase in new cases for the second week in a row, declining test positivity rates, and an uptick in vaccinations—we're not out of the woods yet with the delta variant surge, Johns Hopkins University experts said Friday. 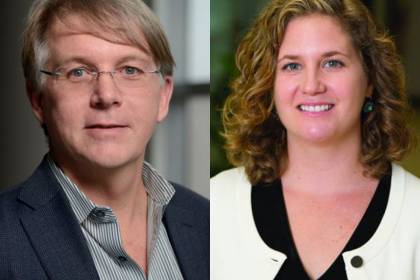 "Obviously we'll take any glimmer of good news we can get, but that shouldn't lead to complacency because we are still in very serious circumstances," said epidemiologist Jennifer Nuzzo, a senior scholar at the Johns Hopkins Center for Health Security. The average daily case count is still about 1,400 times greater than it was this past June, according to Nuzzo, and three states—South Carolina, Tennessee, and Florida—are reporting higher cases than any other country globally.

The national test positivity rate of more than 10% is still higher than it should be, Nuzzo said, and the U.S. is facing some problems with the tests themselves, including supply shortages and delayed results.

Vaccination rates are rising, but are we expecting too much from them?

With the recent full FDA approval of the Pfizer vaccine, along with more requirements imposed by businesses and organizations in both the public and private sectors, vaccinations are trending upward, according to Moss. An average of 800,000 doses were administered over the past week, compared to about 435,000 in early July. But these figures still fall well short of the peak of about 3.5 million doses per day in April.

Rising fear of the delta variant may be a key factor driving an uptick in vaccinations: "People see hospitalizations and deaths of those in their communities and their loved ones," Moss said.

Moss said public health messaging on the capabilities of our vaccines has been flawed, creating a "kind of false hope that vaccines are going to prevent infections." In fact, breakthrough infections of vaccinated individuals can be expected, he clarified, while the purpose of vaccines is to prevent progression into severe disease and death. In part, he suggested, this confusion may be traced to CDC guidance in May that vaccinated people could shed their masks in most settings.

Are boosters justified at this time?

"I think we still need more data to justify booster doses for the general population," Moss said, suggesting the measure may be justified for high-risk populations such as the elderly and immunocompromised, and for health care workers.

Moss pointed to the news reported Friday by The New York Times that a lack of sufficient data may impede the Biden administration's planned rollout of booster shots to the general population by Sept. 20. "I think the Biden administration did get a little bit out in front of this story around booster doses," he said, "and I think there's going to be a very vigorous debate both within the FDA and at the Advisory Committee on Immunization Practices on the timing and the target population for booster doses."

Why is it taking so long for authorization of a vaccine for children under 12?

"The timeline is still somewhat uncertain," Moss said. "Pfizer is out in front on this and Moderna is a couple weeks if not months behind. J&J is even further behind."

He said Pfizer is expected to have data on the 5-to-11 age group by the end of this month or early October, allowing them to apply to the FDA for emergency use authorization. The FDA will then will need time to review the data, and the hope is for authorization by the year's end.

"One of the reasons why this is taking longer than many people want—and I understand that there's certainly urgency as children go back to school—is that the FDA is requiring six months of follow up for this group of children as opposed to a median of two months of follow up for adults," Moss said. The FDA is also asking for a larger sample size in the trials, he said, "because they want to look very carefully at the risk of myocarditis and pericarditis, which we know is a very rare potential adverse event with the mRNA vaccines that was seen particularly in young adult males."

According to Moss, emergency use authorization for the Pfizer vaccine for the 2-to-5 age group "won't happen until probably first quarter of 2022."

Beyond delta, are there other emerging variants we should be watching?

The emerging mu variant is classified as a variant of interest rather than a variant of concern by WHO right now, "based on the availability of evidence regarding the level of concern in terms of its enhanced transmissibility or abilities to evade the available vaccines," Nuzzo said. "Right now I think it's in the category of things to keep an eye on, but I don't see strong evidence to suggest that we necessarily need to worry about it."

For now, she said, the rate of growth of the delta variant seems to far exceed that of the mu variant and others. "This is why we do genetic sequencing of cases, and this is why we have to track these things, so that we don't get blindsided. But so far, there's no particular evidence to suggest that that's more worrisome than what we're currently dealing with."

With flu season approaching, are there concerns about getting a flu vaccine in close proximity to a vaccine for COVID-19?

"People should get vaccinated against influenza—that's going to be very important," Moss said. "We anticipate that there could be a severe influenza season. We did not see that last year, fortunately, in part probably because of some of the public health measures that were put in place to control the transmission of the coronavirus. But there's no evidence that those vaccines interfere with each other, and so people should follow the standard guidelines on when to get the influenza vaccine, and it's not determined by the timing of their COVID-19 vaccine dose." 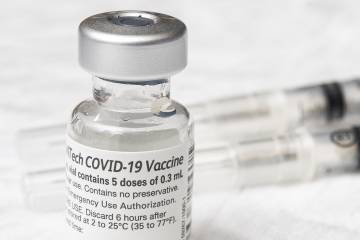 No vax side effects? No problem 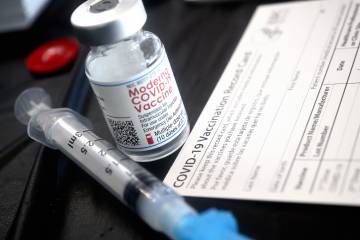 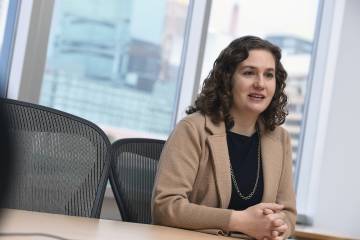