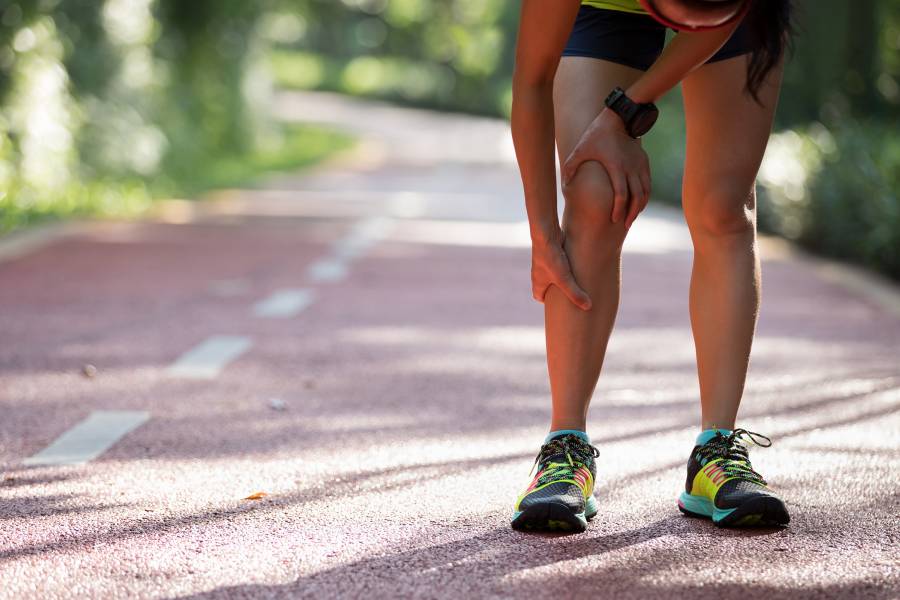 As more athletes use cannabis for aches and pain, there's more we need to know

Epidemiologist and former Olympic triathlete Joanna Zeiger is breaking barriers in cannabis research for pain and recovery treatment. She knows firsthand its potential for relief.

As an Olympic triathlete in 2000, Joanna Zeiger, SPH '01 (PhD), would never have envisioned a future researching cannabis, which until recently was on the U.S. Anti-Doping Agency's banned list. But that was before Zeiger's devastating career-ending bike crash at the 2009 Ironman 70.3 World Championship in Clearwater, Florida—and her subsequent chronic pain.

Zeiger suffered a broken collarbone and structural and nerve damage to her rib cage, which led to intercostal neuralgia that causes intense muscle spasms and abdominal and rib pain. She later received a diagnosis of an autoinflammatory disease, which doctors suspect was linked to the accident.

Living with severe pain, Zeiger tried just about every remedy available to her. As she explored options such as acupuncture, nerve blocks, and physical therapy, she found only limited and temporary relief. Looking for alternatives, she turned to cannabis but found that information on it as a pain remedy was largely nonexistent. Cannabis in what form? What dosing? When and how often to take it? "I had to do a good deal of experimentation," she says, "starting with small amounts of edibles." Through trial and error, she found relief from both pain and nausea, along with better sleep. 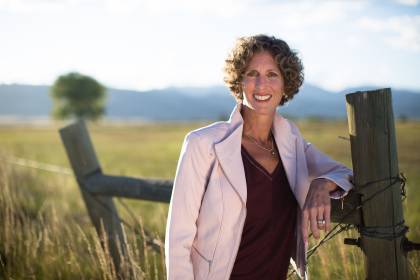 Zeiger, the 2008 Ironman 70.3 world champion, is not the first professional athlete to explore cannabis use for pain relief. Retired NFL players Eugene Moore and Jake Plummer, former professional cyclist Floyd Landis, and many others have sought out its benefits, especially as an alternative to addictive opioids. Additionally, 34 states have now legalized marijuana, either for recreational or medicinal use. From oils and creams to edibles and beyond, cannabis is a big industry, expected to reach sales of over $106 billion by 2024, according to Marijuana Business Daily. Athletes of all types are experimenting with how the substance might fit into their regimens for training aches and pains and for injury recovery.

While the interest and need are there, detailed information on dosing for pain is not, and it continues to be an area in need of additional study. Research is largely inconclusive on the effects of nonpsychoactive CBD for pain, stress, and other conditions, but recent studies doesn't wholly reduce pain and inflammation, but makes the pain feel less unpleasant. Response to cannabis is also highly individual, Zeiger says, and can be impacted further by other medications, genetics, food, and method of consumption. There's also the balance between the plant's active ingredients THC (tetrahydrocannabinol) and CBD (cannabidiol) levels, and figuring out the right ratio.

Finding relief but also curious about cannabis use in the athletic community, Zeiger in 2018 launched the Canna Research Group, along with her father, allergist and pediatrician Robert Zeiger.

The combination of her academic background, athletic journey, and living in Colorado, a state with early cannabis legalization, set the stage. The cycling accident, she says, served as the catalyst. "It was a circuitous route from being a graduate student at Hopkins to starting a nonprofit cannabis research organization," says Zeiger, who received a PhD in genetic epidemiology from the Bloomberg School.

Zeiger describes herself as a former cannabis skeptic. After graduating from the Bloomberg School, she did two postdoc fellowships funded through a training grant at the National Institutes of Health. Shortly afterward, she moved to athletic training mecca Boulder for its altitude, weather, and elite athlete community, but she also took on part-time work at the Institute for Behavioral Genetics at the University of Colorado to fulfill her NIH postdoc requirements. It was there that Zeiger first explored cannabis research.

"I analyzed youth cannabis use and how it can lead to adult drug abuse," she explains. "This exposed me to many of the negative aspects of the drug, which led to my overall negative impression of it back then."

"I decided to position our work to study cannabis in a neutral manner and look at the positive effects ... with an ultimate goal of helping people figure out the right dosage with the least number of side effects."
Joanna Zeiger
Canna Research Group

With Canna, Zeiger developed the Athlete PEACE (Pain, Exercise, and Cannabis Experience) Survey in 2019 to learn more about the prevalence of common cannabis use among athletes and how it was being used. The study, published in the journal PLOS One, involved canvassing more than 1,200 athletes from a variety of sports and levels to explore their patterns of cannabis use, its benefits, and any adverse reactions. "On a research level, everything prior to our work was focused on negative outcomes," she says. "I decided to position our work to study cannabis in a neutral manner and look at the positive effects as well, with an ultimate goal of helping people figure out the right dosage with the least number of side effects."

The study found that 26% of the athletes had used cannabis over the defined two-week time period, and 67% had used it in their lifetimes. About 61% of the respondents said they had used the drug for pain, and of those, 68% reported relief.

"When we looked at the positive effects of cannabis for this population, sleep, pain levels, and the ability to calm down were the most common areas where athletes saw improvement," Zeiger says. "A small percentage did have adverse reactions, such as difficulty concentrating and increased anxiety." 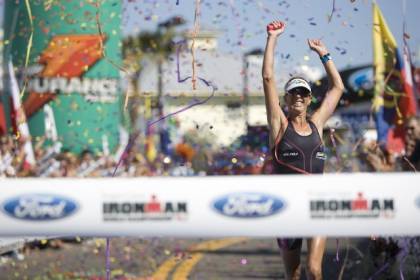 Image caption: Zeiger crosses the finish line at the 2008 Ironman 70.3 World Championship. The next year, a bike crash would cause chronic pain and change her relationship to athletics—and pain management.

Because many sports governing bodies have historically had strict rules surrounding the substance, Zeiger's research stands out as the first to examine both its usage and dosage in the athlete population. The United States Anti-Doping Agency and the World Anti-Doping Agency, for instance, banned cannabinoids outright until 2018, when it began permitting a very low dosage, containing less than 0.3% THC. That's about the trace amount found in over-the-counter CBD oil. One of the biggest stories of the recent Olympic trials in track and field is the suspension of 100-meter sprinter Sha'Carri Richardson following a positive test for THC above the permitted threshold amount. The 21-year-old runner admitted to using the drug after learning her biological mother had died, garnering sympathy and support from the sport's fans. In spite of the outcry, the talented runner will miss the Tokyo Games as she sits out the four-week penalty.

Likewise, the NFL has traditionally banned marijuana use but loosened those regulations in 2020 to allow for a higher threshold of THC. Prior to that, Ryan Vandrey, a professor of psychiatry and behavioral sciences at the School of Medicine, who has focused his research on the behavioral pharmacology of cannabis, attempted to coordinate with the NFL starting back in 2016 to learn more about how many of its players were using it and why. At the time, the league declined to participate because cannabis was still a banned substance.

Vandrey was successful, however, in publishing a paper that demonstrated that medicinal cannabis is associated with better health outcomes. These include improvements to sleep, mood, quality of life, and pain relief, resulting in the need for less health care utilization.

At issue in the athletic world is the makeup of cannabis, a combination of CBD, which provides benefits without psychoactive effects, and THC, which does lead to mind-altering effects—such as a euphoric "high."

Separating the two entirely can prove difficult, and labeling remains unregulated. The FDA recently tested 147 cannabis products, for instance, and found that a large number included THC, even though that designation was missing from the label. Vandrey's 2017 study into labeling revealed the need for stricter rules. "We tested a spectrum of retail products and found a lot of irregularity," he says.

The onus, then, falls to the athlete to somehow stay within usage regulations. Zeiger and her partners are currently hoping to receive funding to do a follow-up study on athlete usage patterns.

"Cannabis is not a panacea, but our goal is to help patients find the right ratios, dosages, and administration routes to get the most benefit with the least harm."
Joanna Zeiger

After their initial studies into cannabis use among athletes, Zeiger and her Canna Research Group segued into the nonprofit Canna Research Foundation to expand their mission into evidence-based consulting and education for physicians, stakeholders, patients, and dispensaries. The team's research has the potential to fill wide knowledge gaps between practitioners and their patients.

In a recent study published in the Annals of Allergy, Asthma & Immunology, Zeiger discovered that only about 40% of physicians discuss cannabis as an alternate treatment for their patients. "I think this is a combination of the fact that cannabis is not federally funded, and so physicians worry about losing their licenses, and the fact that they don't have enough education or knowledge, so they are uncomfortable discussing it with their patients," Zeiger says.

Looking at usage patterns among the allergy and asthma respondents, 18% currently use cannabis to improve quality of life. Similar to the athlete survey, respondents in the allergy/asthma group reported positive effects more frequently than negative ones.

While Zeiger continues with her research efforts, she also remains a cannabis user as part of a multimodal approach. Her career in triathlon remains out of reach because she can no longer swim or bike, but she does continue to run, though rarely competitively at this stage.

All the cannabis research that Zeiger has conducted to date has backed up her own personal experience: Little guidance exists for patients, and physicians are lacking the tools they need to offer that guidance.

"We know that with cannabis, people can walk into a dispensary and ask for what they want," Zeiger says. "For patients, this ownership is liberating. But because they are on their own, they have to experiment like I did."

Zeiger hopes that the work of the Canna Research Foundation will eventually minimize the need for patient experimentation. "We want to give patients the information they need to at least have a starting point," she says. "Cannabis is not a panacea, but our goal is to help patients find the right ratios, dosages, and administration routes to get the most benefit with the least harm." 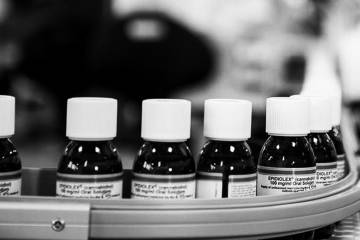