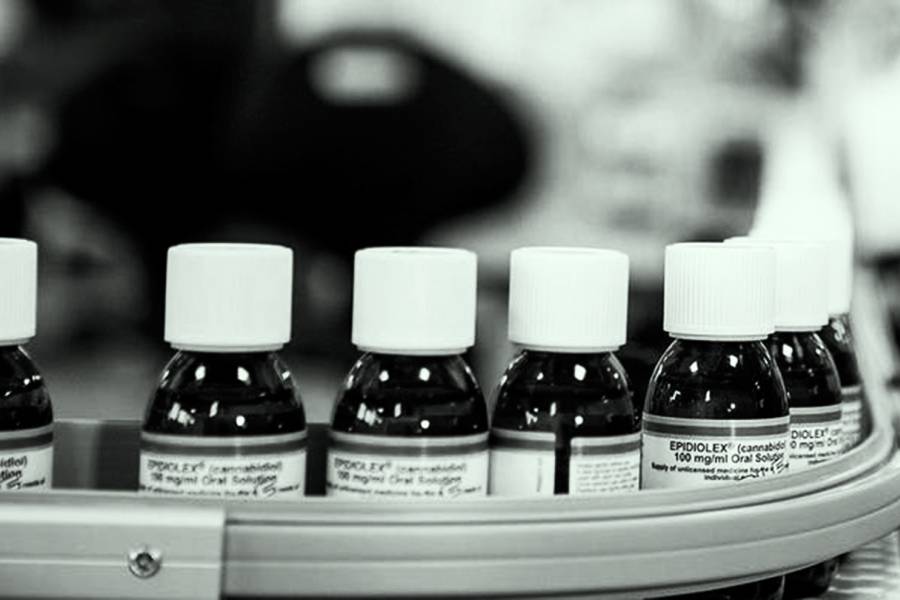 The DEA adds marijuana-derived epilepsy medication to list of Schedule V drugs, making it the first federally-sanctioned compound derived from the cannabis plant

By Katie Pearce and Saralyn Cruickshank

The U.S. Drug Enforcement Administration announced a shift Friday that clears the way for the first prescription drug derived from the marijuana plant to make its way to market where it will provide treatment for severe forms of childhood epilepsy.

The decision—the DEA's first major shift in its stance toward marijuana regulations in nearly half a century—comes in response to the U.S. Food and Drug Administration's approval of the drug Epidiolex on June 25. The drug treats epilepsy using cannabidiol, a chemical compound found in marijuana commonly referred to as CBD.

While the DEA rescheduling applies solely to Epidiolex right now—making it a less restricted Schedule V drug—many marijuana researchers and advocates are viewing the federal ruling as a breakthrough moment that could spur the development of more CBD drugs, and more cannabis-derived medicine in general.

The marijuana plant is the source of at least 113 unique chemical compounds, known at cannabinoids. The most commonly known compound is tetrahydrocannabinol, or THC, the primary component for the "high" associated with smoking or ingesting marijuana.

A drug derived from marijuana has triggered the first federal shift on cannabis in half a century, and experts predict an avalanche effect

My son pioneered an epilepsy drug derived from marijuana. An FDA panel just approved it.

CBD, on the other hand, doesn't produce such intoxicating effects—and therefore poses a lower risk for abuse, says Ryan Vandrey, an associate professor in the Johns Hopkins Department of Psychiatry and Behavioral Sciences who studies the behavioral pharmacology of cannabis. "From a medicinal standpoint, that's a positive," he says.

Despite the continued prohibition of marijuana under federal law and the absence of FDA approvals, the drug in its various forms has been prescribed for a range of conditions including multiple sclerosis, glaucoma, insomnia, and PTSD in the 31 states that have legalized medical marijuana. Marijuana-derived drugs have also been touted as a less-addictive alternative to opiates for treating pain.

CBD as a treatment for epilepsy 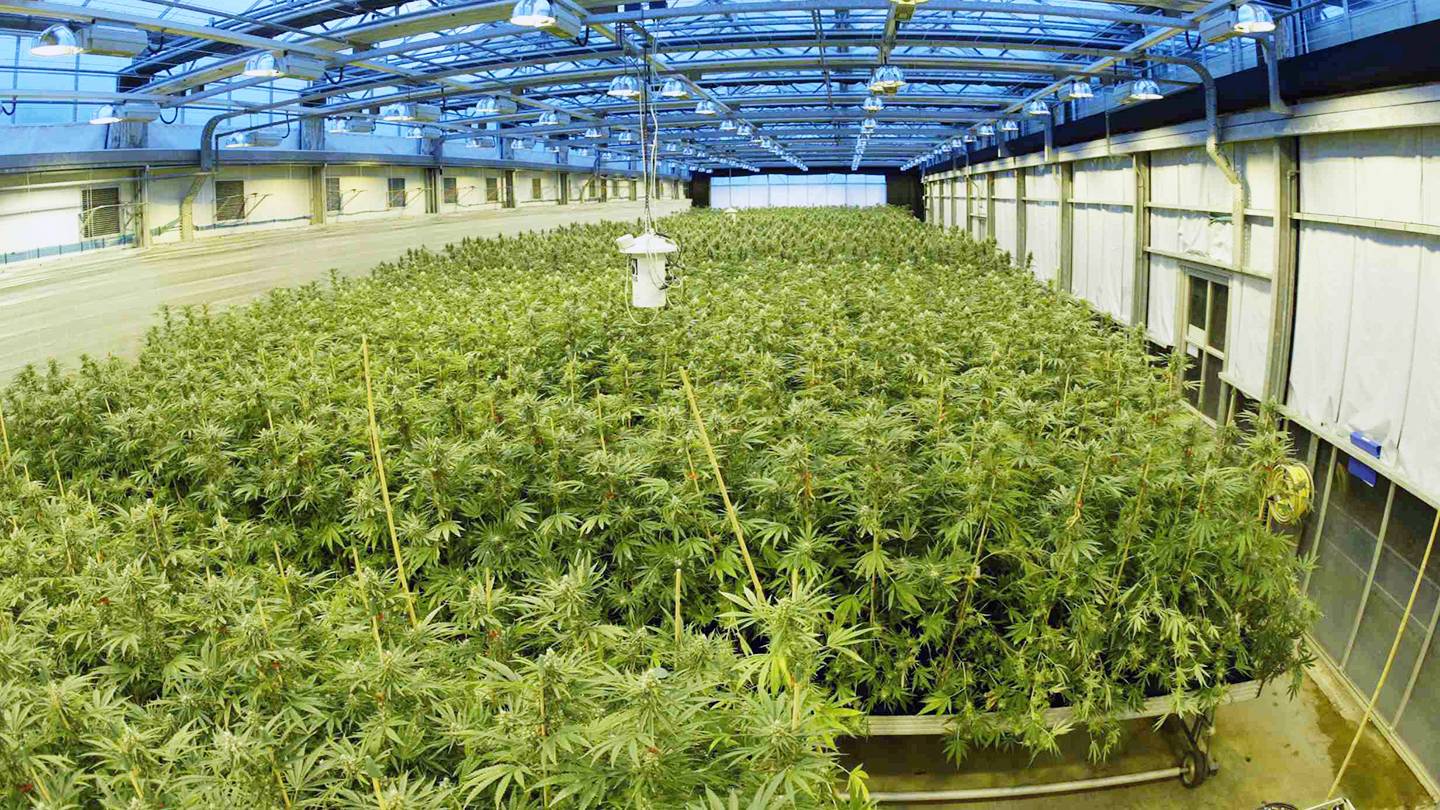 Image caption: GW Pharmaceuticals, the company responsible for the production of the epilepsy drug, Epidiolex, cultivates its own marijuana plants to extract cannabinoids for medical use.

Epilepsy is like a spectrum, says Christa Whelan Habela, an assistant professor of neurology at the Johns Hopkins School of Medicine who specializes in the treatment of pediatric epilepsy. Lennox-Gastaut and Dravet syndromes fall on the more severe end of the spectrum, and children with the syndromes are typically treatment-refractory, meaning they've failed multiple standard medications and sometimes other forms of treatment as well.

"When children have uncontrolled seizures, there's a risk of them missing out on developmental milestones," says Habela. "But it's important to recognize that when we talk about drugs to treat epilepsy, they're not actually anti-epilepsy medications—they're anti-seizure medications. They don't really change the course of epilepsy, they just prevent the breakthrough seizures from happening."

Medication is the first line of treatment in most cases, Habela says, but responses to epilepsy drugs vary, with some studies suggesting as much as 30 percent of patients will continue to have breakthrough seizures no matter the medications they use.

"Just like with the current best medications on the market, some patients had really strong responses to Epidiolex, and some people didn't," she says.

Why did the feds approve Epidiolex and why is it important?

Johns Hopkins Bloomberg School of Public Health researcher Caleb Alexander, who co-directs the Center for Drug Safety and Effectiveness, chaired the FDA advisory committee that recommended the agency's approval of the drug.

In addition to hearing from families of patients who had experienced significant relief from seizures while using Epidiolex, the committee was convinced by data from three large clinical studies of the drug.

"The evidence was quite clear and compelling. This one wasn't a tough call," Alexander says, noting the easy consensus his committee found in a unanimous vote was a rare occurrence.

But in order for the drug to move to market, the DEA was required to make a ruling on its scheduling. Because CBD comes from marijuana, it had been categorized as an illegal Schedule I drug, considered to have "no currently accepted medical use and a high potential for abuse." (Heroin and LSD fall under the same category.)

"It's important for these patients to have access to a medication that's been demonstrated to meet the requisite quality control standards we have for medicine."
Ryan Vandrey

While some expected the DEA to reclassify CBD entirely, the agency's action last week applies specifically to FDA-approved CBD drugs with less than .1 percent THC—effectively narrowing the scheduling down to include only Epidiolex. With the change, Epidiolex becomes a Schedule V drug, with looser restrictions on research, supply, and access.

Alexander says the move sets up the first regulatory safety net for a CBD drug at a time when "the CBD market is the wild, wild West." With Epidiolex, he says, "the DEA and FDA will be closely following its production and distribution."

Vandrey notes the same: "A lot of these patients [have] relied on kind of gray market or illicit products," which is particularly disconcerting with children, he says. "It's important for these patients to have access to a medication that's been demonstrated to meet the requisite quality control standards we have for medicine."

What does the move mean for future research?

When it comes to conducting large clinical trials of medications derived from cannabinoids, researchers have been limited by marijuana's Schedule I classification, Vandrey says, with studies requiring a special license from the DEA that's difficult to procure.

With the DEA's decision, the door is at least ajar for more sophisticated research, but Vandrey notes that it would take a broader reclassification of CBD overall to see clinical trials using anything beyond Epidiolex. For example, Vandrey is currently conducting a study using a pure synthetic CBD formulation that remains a Schedule I substance and requires extra DEA regulation and oversight. Such constraints, he says, slow down the development of new drugs containing not only CBD but all other marijuana compounds.

Alexander foresees a sea change coming. "I think this will stimulate further investigation into the potential medicinal value of different components of the marijuana plant," he says. "We're not talking about one or two chemicals here—there are dozens." 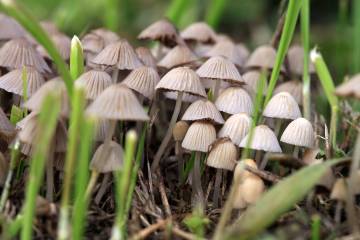 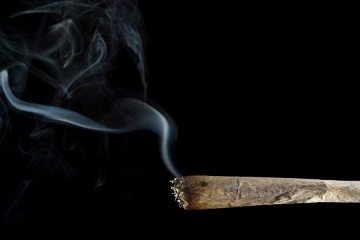 Published May 15, 2015
Concentrated exposure to marijuana smoke can cause range of detectable effects for nonsmokers, researchers find / Hopkins Medicine