Urban-grown produce was found to have levels of metals comparable to samples from grocery chains and farmers markets, suggesting they are as safe to consume as store- and market-bought produce 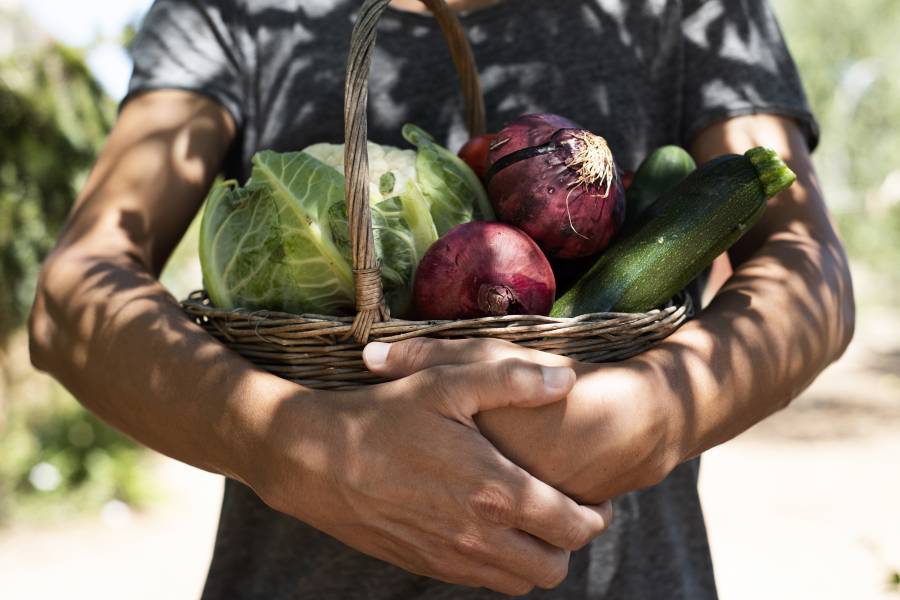 A new report that examined soil, water, and produce from urban farms and gardens in Baltimore City found levels of lead and other metals low enough that they should pose no reason for concern at a majority of growing sites. In 96% of soil samples and 95% of irrigation water samples collected from the participating farms and gardens, levels complied with criteria for metal contaminants.

The researchers from the Johns Hopkins Center for a Livable Future at the Johns Hopkins Bloomberg School of Public Health say their findings should reassure growers that farming and gardening in Baltimore is generally safe.

Urban farms and gardens can benefit communities, but growing food in urban soils, especially in industrialized cities like Baltimore, has been a subject of much concern about possible residual contaminants, including heavy metals such as lead and arsenic that are harmful to human health.

To investigate potential metal exposures on Baltimore City's urban farms and community gardens, Center for a Livable Future researchers collaborated with the Farm Alliance of Baltimore, the Parks & People Foundation, the Baltimore City Office of Sustainability, and the University of Maryland Extension–Baltimore City to design and implement the "Safe Urban Harvests Study."

"Urban growers in Baltimore care deeply about the health of their communities, and we've received many questions from them about the safety of urban soils and urban-grown produce," said Raychel Santo, lead author of the report and a senior research program coordinator at the CLF. "The good news is it's safe to grow food in Baltimore. We hope that this report can help farmers and gardeners make healthy choices about where and how they grow food in the city."

For their study, researchers surveyed 104 farms and gardens in Baltimore City during the 2017 growing season to learn about gardeners' growing practices and sampled their soil and irrigation water. They also collected fruits and vegetables from 69 of the participating farms and gardens. The researchers then tested the soil, water, fruit, and vegetable samples at laboratories at Johns Hopkins University and the U.S. Department of Agriculture for harmful metals including arsenic, barium, cadmium, chromium, lead, and nickel.

The researchers emphasize that it's normal to encounter metals in daily life, and most soils, water, and produce have some small amounts of these contaminants. They note that there are currently no universal safety standards in place for metals in soil or irrigation water for urban farms and gardens, or acceptable limits for metals in produce. In order to interpret their metal contaminant test results, the research team developed a rigorous set of criteria that are protective of public health.

In instances where the research team found a high level of heavy metals at a farm or garden, they identified a nearby source of contamination and/or provided growers with specific guidance on how to farm or garden safely.

To assess metals in produce, the research team collected and tested 248 fruit and vegetable samples from urban farms and gardens in Baltimore and a comparison group of 405 conventional and USDA-certified organic fruits and vegetables from both grocery stores and farmers market vendors. The tests showed that the levels of these contaminants in urban-grown produce were similar to the levels in the same items from grocery stores and farmers markets.

As a result, consumers can consider it just as safe to get their produce from a farm or garden in Baltimore City as it is from a farmers market or grocery store. The researchers emphasize that eating fruits and vegetables, no matter the source, is an essential part of a healthy diet.

The report's findings also highlight the role of urban agriculture in Baltimore's local food system. The 104 study farms and gardens occupy over 24 acres of land, produce an estimated 93,000 pounds of produce each growing season, and regularly engage around 2% of city residents.

For growers who are uncertain about their growing site or remain concerned about soil safety, the report provides simple and cost-effective steps that growers and consumers of produce from urban settings can take to reduce exposures to metals.

To accompany the report, the researchers developed a series of videos and other resources to share the results of their study and best practices for growing safely in urban soils. Results from this work will also be used to inform updates to the Baltimore Office of Sustainability's "Soil Safety Policy for Food Production," which will limit testing requirements to specific metals and conditions that were found to be most likely of concern for Baltimore farms and gardens.

"The results of the Safe Urban Harvests Study and this report are encouraging for farmers and gardeners, and for people eating urban-grown food in Baltimore," said report co-author Keeve Nachman, director of the Food Production and Public Health Program at CLF and an associate professor with the Bloomberg School's Department of Environmental Health and Engineering. "We are grateful to our research collaborators and to the urban agriculture community in Baltimore for their support at every stage of the research process. Although our findings were specific to Baltimore, the evidence and guidance produced by this study may be applicable to broader efforts fostering safer and more vibrant urban food systems." 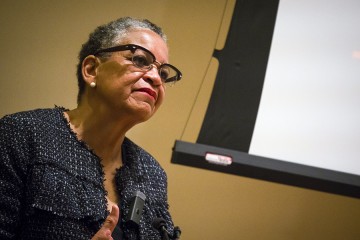 Insights from a prison garden pioneer

Published May 4, 2018
Cathrine Sneed, founder of The Garden Project in San Francisco, discusses the redemptive power of gardening 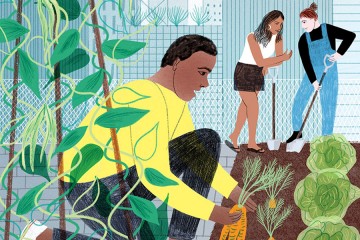