The redemptive power of gardening: Insight from a pioneer's work with ex-offenders

Center for a Livable Future hosts Cathrine Sneed, founder of The Garden Project 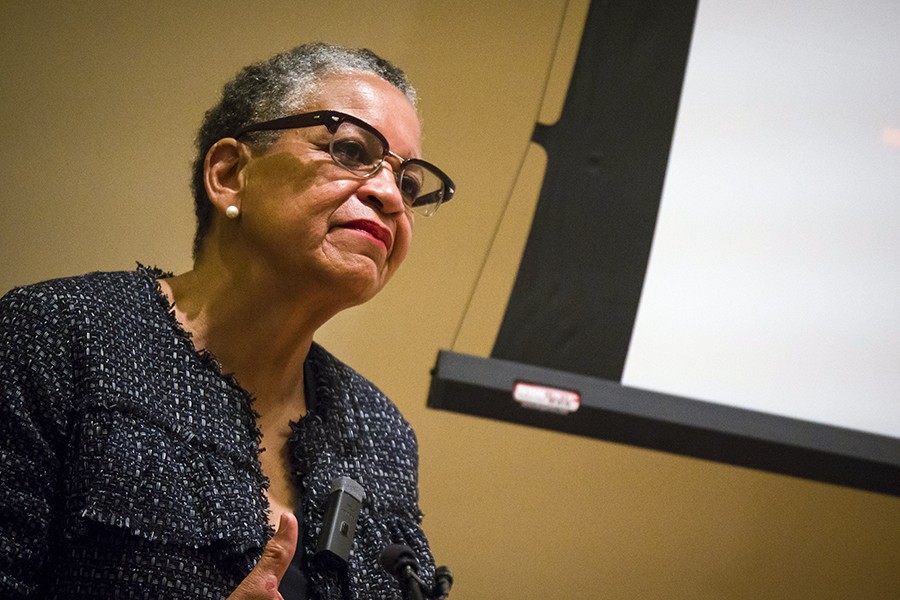 As founder of The Garden Project in San Francisco, Cathrine Sneed is often asked if the former inmates she employs end up pursuing careers in horticulture. But to Sneed, who visited Johns Hopkins on Thursday, the question is beside the point.

The value of not only earning a wage but also "making a contribution," Sneed believes, is the crucial missing link for lowering rates for both incarceration and recidivism in the U.S.

And with The Garden Project, there's the bonus of feeding people fresh produce—for free.

The Center for a Livable Future, part of the JHU's Bloomberg School of Public Health, invited the urban garden pioneer to share her experiences from nearly four decades overseeing gardens in jails and vacant lots around San Francisco. 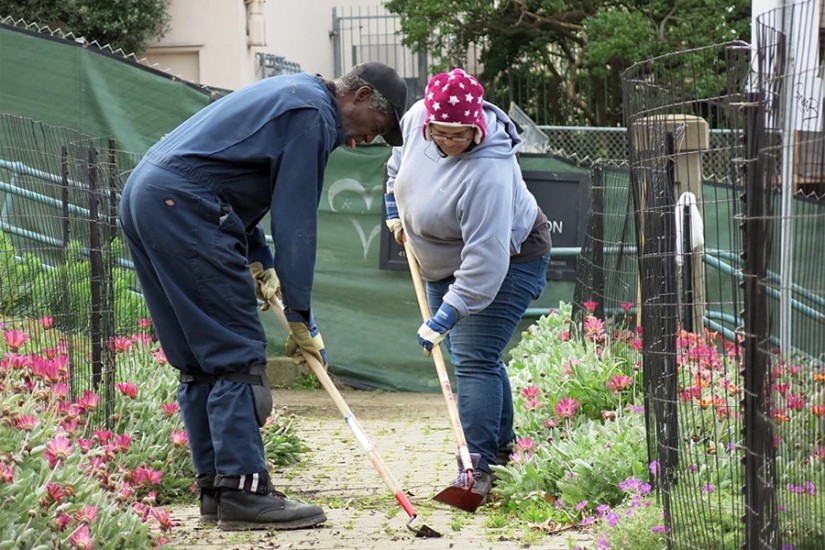 Image caption: The Garden Project has expanded to include a public effort to engage youth and adults in the rehabilitative benefits of horticulture

It all started with The Grapes of Wrath. Sneed found inspiration from the John Steinbeck classic while battling major kidney disease in 1982—a fatal case, doctors told her.

"I believe the message of book is that when people connect with land, they are hopeful," Sneed said.

In the short time she believed she had left, Sneed—who was then working in legal services for the sheriff's office—started a new program to put inmates to work reviving an abandoned farm on the property of the San Francisco County Jail.

Within three years, as Sneed's disease went into remission, "the entire jail came out every day" to help plant and grow fresh vegetables, she said.

Sneed saw what she considered to be evidence of the therapeutic value of the garden, which had become a place "where someone who's broken and hurt can heal," she said.

But she also heard comments from inmates that troubled her, about the void awaiting them after release. "More and more people [were] asking, could they stay at the jail," she said.

Sneed's answer to the problem was The Garden Project, which she started in 1992 as a means of providing work opportunities for recently released prisoners.

Initially, crews skirted around legalities—and locked fences—to tend to vacant lots owned by Southern Pacific Railroad, Sneed said. But with time, as The Garden Project earned recognition, the city of San Francisco began funding the effort, allowing participants to earn a paycheck while landscaping and growing produce at sites around the metro area.

The nonprofit ultimately expanded to include at-risk youth, with its Earth Stewards program providing education and jobs. Today, Sneed said, she's shuffling through "376 applications from children as young as young as 11, and as old as 22."

The Garden Project works not only to cultivate organic produce—donated for free to San Francisco residents—but also to care for the ecological health of local reservoirs and watersheds. A "tree corps" program has also planted over 10,000 street trees around the city.

For the thousands of people she said the program has employed since its start, each person walks away with a sense of "pride, because they've made a contribution," said Sneed.

At Johns Hopkins, Sneed's inspiration helped inform the Center for a Livable Future's work in Baltimore, said Leo Horrigan, a food system correspondent. More than a decade ago, the center worked with partners to transform a neglected courtyard of the Metropolitan Transition Center into a thriving green space.

An audience member that night, Lauren Muhammad, spoke of her own work with Baltimore's Out for Justice, a woman's re-entry program focused on urban gardening.

As for Sneed, who is now in her 60s, the work continues in San Francisco, where some of her young gardeners now are the children of inmates she worked with decades ago.