Jeff Kim, a master's student in the Department of Electrical and Computer Engineering at Johns Hopkins University's Whiting School of Engineering, wants to improve the survival rates of people who have a cardiac arrest while alone.

This started for Kim, in 2016 when his uncle had a sudden and fatal heart attack while alone in his apartment. A couple of years later, Kim's grandmother also had a sudden cardiac arrest but was in a public location where onlookers saw what was happening and alerted first responders. She made a full recovery. 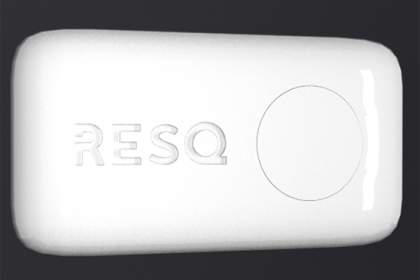 Image caption: The ResQ cardiac patch monitors the strength and timing of their hearts' electrical activity and contacts caregivers in the event of abnormal heart activity.

The contrast between his uncle's and his grandmother's outcomes stuck with Kim, especially after he did more research. He learned that in the United States alone, there are more than 356,000 out-of-hospital cardiac arrests per year, 90% of which are fatal. Kim decided to put his experience as a hardware engineer toward combating the problem.

"After comparing the two very different outcomes of my family members, I realized that sudden cardiac death can be mitigated with appropriate human monitoring and intervention," Kim said. "So I gathered a group of engineers to start ResQ, a solution that can look after vulnerable people like my uncle and my grandmother."

The ResQ group has created a cardiac patch that patients would wear throughout the day, continuously monitoring the strength and timing of their hearts' electrical activity, called cardiac electrocardiogram signals. The data is then transmitted in real time to the patient's smartphone, which communicates directly with guardians and physicians. If the device recognizes abnormal heart activity, it notifies caregivers to call for immediate help. Patients can also set up telemedicine appointments through the software platform, where they can consult cardiologists based on real time or previously collected ECG data.

The group built the first prototype last winter and took it through a series of electrical and performance tests. After trying the device on themselves, team members found that it could record and transmit clean ECG data to the smartphone application. From there, the group made improvements to the data acquisition unit and the communication module to accelerate the data transfer protocol.

"We hope to provide a safety net for those with existing cardiovascular diseases to lead their lives without having to worry about an impending heart attack."
Jeff Kim
Johns Hopkins master's student

The ResQ team plans to test its second prototype with Sithu Win, an assistant professor at the University of California San Francisco, to see if the device can capture patients' ECG data during exercise.

"We hope to provide a safety net for those with existing cardiovascular diseases to lead their lives without having to worry about an impending heart attack," Kim said. "Our group also hopes to provide easy and clean clinical data to physicians to facilitate telemedicine or at-home care, improving patients' health outcomes and health care efficiencies."

In addition to Kim, the ResQ team includes Jihoon Han and Peter Kim, who are both students at Northwestern University. Han is a master's student in electrical engineering, concentrating on low-voltage hardware design and signal processing, while Peter Kim, a senior undergraduate student studying mathematics and financial economics, is using his background in corporate finance and operations optimization projects in technology company contexts to run ResQ's business operations.

The team will compete in the 2021 JHU Business Plan Competition on Friday, April 23, as well as in Northwestern's VentureCat 2021 competition on May 26.

"We want to take these opportunities to polish our business plan and pitching skills," Peter Kim said. "Both competitions have feedback stages, where we can speak with mentors and experts. Our team is hoping to gain exposure to professionals in our field and excited to learn how to improve our product."

Though Jeff Kim's desire to help people who suffer from cardiac arrest while alone started before coming to Hopkins, he credits ECE Associate Research Professor Israel Gannot's Design of Biomedical Instruments and Systems course with teaching him how to turn an idea into an actual business. Jeff Kim believes that without that course, his idea "would have simply stayed within my head."

"The class taught me how to start a med-tech company from ground zero, which was supplemented by Dr. Gannot's personal med-tech entrepreneurship journey. It's a class that you cannot easily find at other schools," Kim said. "Being able to collaborate with the most talented students and engineers in the world is another hallmark of JHU. I was able to reach out and consult with faculty members not only within the Whiting School but also at the School of Medicine, who were excited about the venture and willing to give feedback. If it was not for the supportive network at Hopkins, we would not have been able to get to this point."

Anyone interested in joining ResQ venture should send their resume to Peter Kim. They are actively seeking new members who connect with their mission. 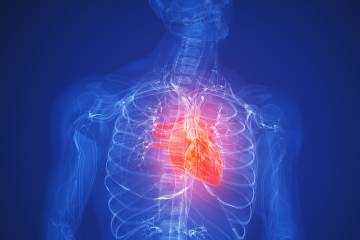 Published May 27, 2020
Yearlong project will collect heart data from COVID-19 patients to create a model that predicts risk of adverse cardiac events such as heart attacks or heart failure