Ending the pandemic and combating vaccine resistance: Modern questions with a long history 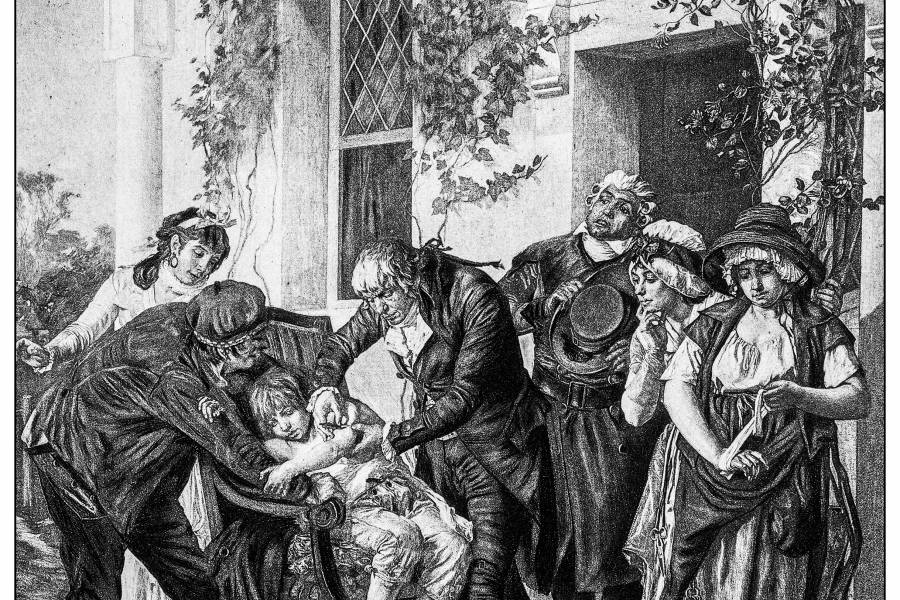 With nearly a quarter of the U.S. population vaccinated and vaccines continuing to roll out across the country, Americans are eagerly anticipating an end to the coronavirus pandemic. For insights about what the end of the COVID-19 pandemic might look like, the Public Health On Call podcast recently spoke with Graham Mooney and Jeremy Greene, faculty members in the Department of the History of Medicine at the Johns Hopkins School of Medicine. Together, they discuss what history tells us about how past pandemics resolved, the origins of vaccine hesitancy, and what might set this pandemic apart from the ones that came before it.

Below is an excerpted, edited transcript of their conversation.

How do pandemics end?

Jeremy Greene: This question is often left to a relatively optimistic popular imagination that epidemics end with eradication—either [a virus] burns its way through a community and just ends through some sort of natural process, or it is blocked through successful containment strategies and the ability to actually get the reproduction quotient down.

"Oftentimes when we tell stories about epidemics ending, what we're really talking about is the point at which we stopped focusing on them. And that is located in place and in social position."
Jeremy Greene

But only a few epidemics in human history have been eradicated through intentional means. And so oftentimes when we tell stories about epidemics ending, what we're really talking about is the point at which we stopped focusing on them. And that is located in place and in social position.

The 1918 [Influenza] Pandemic is thought to have gone through three major waves. But many historians who have revisited the epidemiology suggest that there are a higher number of deaths from flu and flu-like illnesses that happened in 1919 and 1920. And it may well be that there was a fourth wave and a fifth wave, and they just weren't perceived. So even pinpointing exactly when the 1918 pandemic ends, it's easier to pinpoint the moment in which we stopped attending to it as a pandemic than the moment in which there was an absolute freedom from this particular biological scourge throughout the world.

The HIV/AIDS pandemic, which clearly was understood as a new, emergent threat of infectious disease of global importance when it was first detected in the early 1980s, was described in terms very similar to the way that COVID-19 is described: a new, lethal, frightening infectious agent of significant epidemic spread. So at what point did the AIDS epidemic stop being an epidemic in the popular imagination? It still kills millions of people each year. We have not cured it. We don't have a vaccine for it. But it's become something that we have learned to live with, such that when people talk about AIDS in epidemic terms, they often talk in past tense.

The same could be said even for polio, which we've had much more success in developing a vaccine with. But if you look at the question of when the polio epidemics ended, the real question is, for whom, and where?

My colleague Dora Vargha [from the University of Exeter] points out that many people still live with the complications of polio, and there are still polio epidemics breaking out in certain parts of the world. So to talk about the polio epidemic in the past tense is not actually historically true. Polio epidemics continue.

When we think about what this means for COVID-19, the real question is, what will happen when enough people are vaccinated within countries like the United States that the attention begins to shift away from calling a pandemic a pandemic, even though it's still ravaging many parts of the world? And we don't have a good answer to that question yet.

It goes back a long way, back to even before the first vaccines for smallpox in the later 19th century, when people were inoculated with an attenuated form of smallpox itself. Obviously, people resisted the idea that they might actually contract smallpox and die from it.

The formulation of the vaccine for smallpox in the later 18th century and early 19th century, which was developed from cowpox, was seen as being a very important step in the control of infectious disease. But it faced a lot of resistance, for a number of reasons.

In a lot of places, the operation was seen as being so effective at preventing smallpox that it was mandated. It became compulsory legislation in a lot of nation states from the early 19th century onwards. A lot of people resisted having to do something by force of law. People could be prosecuted if they didn't have their babies vaccinated within 36 days, for example, or six months, or whatever the legislation said. So people resisted that.

What were some sources of vaccine hesitancy or resistance in the past?

GM: The smallpox vaccine was produced in an animal, in a cow or a horse. Some people were very suspicious of that, the idea that they would be asked to take it—a fluid that may prevent smallpox but was taken from an animal, and a diseased animal at that. So this confluence of bodily fluids, human and non-human, was seen in some way as being unnatural. So people resisted on those grounds. 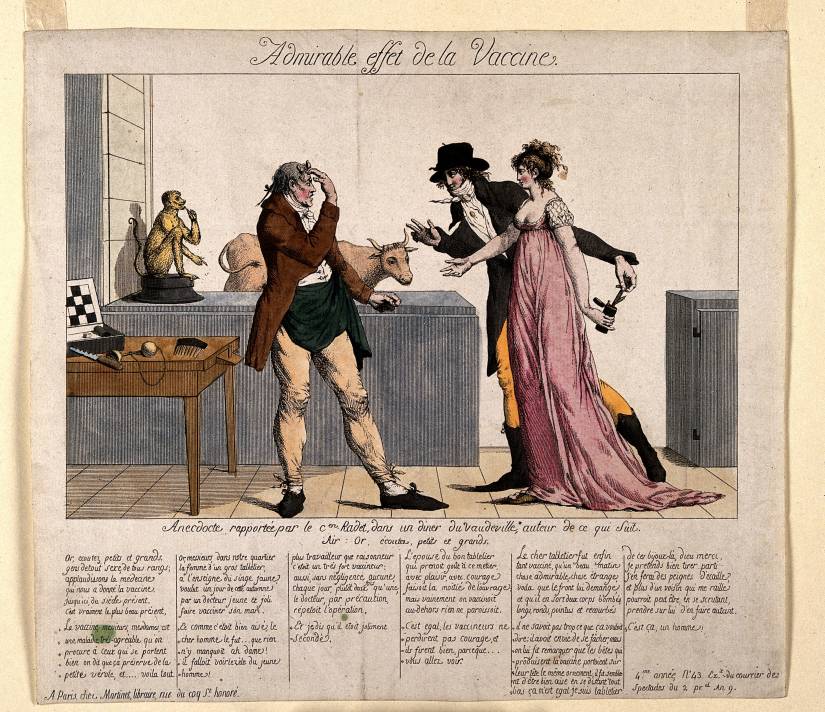 Image caption: In this anti-vaccination etching, c. 1800, a vaccinated man grows horns in front of a couple with a lancet.

Another very, very important force for resistance was religious resistance. People believed that disease was a visitation from God. It was a divine retribution for sins committed. And they believed that vaccination was somehow interfering with the will of God in those respects.

GM: We see people not taking the vaccine because they don't want to be told what to do, in very much the same way as people might not want to participate in social distancing measures, because they see it as some form of infringement upon their freedom.

People object to [getting vaccinated] on religious grounds as well. And I wouldn't say so much in terms of the exchange of nonhuman and human bodily fluids, but definitely there's a discomfort about what is actually in the vaccine itself. Whether that's based on facts is beside the point. It's what people believe that actually counts. So there's a lot of work to do in terms of effective science communication to dispel some of the ideas about what is in the vaccine.

JG: I'd like to pick up on the last comment Graham is making about mistrust, hesitancy, and access to public health and biomedical interventions by minority populations in the United States.

One of the things that's been unusual about public discussion about racial health care disparities in the COVID-19 pandemic has been the ability to really flesh out the nature of a dual pandemic—of the pandemic of the virus, COVID-19, and of structural racism—partly because of the way events have unfolded over the past year. When we began reporting COVID pandemic outcomes by race and ethnicity, [we realized] just how severe these disparities were.

In prior pandemics, oftentimes these kinds of differences are used as a reason to argue for some sort of innate biological difference between racial or ethnic groups, or even behavioral differences, in ways that actually focus on blame for differences in health outcomes residing in the people themselves. It's been unusual in that we've managed to keep a window open in which we view health disparities as outcomes of structural racism rather than outcomes of individual health decisions.

Health disparities [sometimes] get boiled down to behaviorist explanations. I'm hoping that there's some sort of inoculation against that racist explanation of public health in the present day. But I fear that we will see the closing of this window in which we see COVID in terms of structural racism and see it instead as yet another case of blaming minority populations for their poor health.

A version of this article originally appeared on the Expert Insights blog of the Bloomberg School of Public Health. 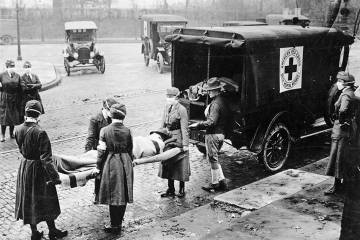