A Johns Hopkins professor of history is among 184 artists, writers, scholars, and scientists to be awarded a 2021 Guggenheim Fellowship. Todd Shepard, a scholar of modern European and colonial North African history, was recognized with a fellowship in the category of European and Latin American History. 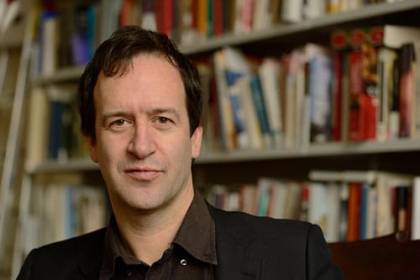 An expert in the study of imperialism, Shepard is the author or co-editor of seven books and has three books currently under contract with publishers. He joined the Johns Hopkins faculty in 2008 and was appointed the Arthur O. Lovejoy Professor in 2017. He is the director of graduate studies in the Department of History in the Krieger School of Arts and Sciences and previously served as director of the Program in the Study of Women, Gender, and Sexuality. He holds joint appointments in the departments of Anthropology and of Modern Languages and Literatures (formerly German and Romance Languages and Literatures).

Shepard received his bachelor's degree from Wesleyan University and his PhD in modern European history from Rutgers University–New Brunswick.

The John Simon Guggenheim Memorial Foundation, founded by U.S. Sen. Simon Guggenheim and his wife in 1925 as a memorial to their son, provides financial awards to scholars and artists pursuing research in any field of knowledge or arts. Since its founding, the Guggenheim Foundation has granted more than $375 million in fellowships to more than 18,000 individuals. The 2021 cohort of fellows was selected from an applicant pool of almost 3,000.

"A Guggenheim Fellowship has always been meaningful, but this year we know it will be a lifeline for many of the new fellows at a time of great hardship, a survival tool as well as a creative one," said Edward Hirsch, president of the Guggenheim Foundation, in a press release announcing the fellows. "The work supported by the fellowship will help us understand more deeply what we are enduring individually and collectively, and it is an honor for the foundation to help the fellows do what they were meant to do."

Recent winners with Johns Hopkins ties include Erica Schoenberger, who was recognized in 2020; Lawrence Jackson and Matthew Porterfield, who received awards in 2019; Peabody faculty member Oscar Bettison and alums Stefan-Ludwig Hoffmann and Deborah Rudacille, who were recognized in 2017; art historian Mitchell B. Merback, who won in 2016; and anthropologist Niloofar Haeri and chemist and science historian Lawrence M. Principe, who won in 2015.