Erica Schoenberger, a professor in the Department of Environmental Health and Engineering at Johns Hopkins University, has received a 2020 Guggenheim Fellowship, a prestigious distinction that recognizes achievements and exceptional promise in scholarship or creative arts. She is one of 173 fellows named this year, selected from nearly 3,000 applicants. 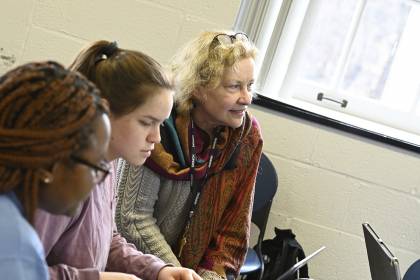 Schoenberger is the author of Nature, Choice and Social Power (Routledge, 2014), which examines contemporary environmental threats through the lens of history and economic geography. The book asks why humans don't act in their own best interest when it comes to the environment, despite knowing what ought to be done. The book also proposes that various forms of economic and social power limit the range of viable options, and it provides a political economic and environmental history of urban sprawl, mining, and the automobile industry. Her current research examines the origins of capitalism—and capitalists.

The John Simon Guggenheim Memorial Foundation, founded by U.S. Sen. Simon Guggenheim and his wife in 1925 as a memorial to their son, provides financial awards to scholars and artists pursuing research in any field of knowledge or arts. Since its founding, the Guggenheim Foundation has granted more than $375 million in fellowships to more than 18,000 individuals.

Recent winners with Johns Hopkins ties include faculty members Lawrence Jackson and Matthew Porterfield, who received awards in 2019; Peabody faculty member Oscar Bettison and alums Stefan-Ludwig Hoffmann and Deborah Rudacille, who were recognized in 2017; art historian Mitchell B. Merback, who won in 2016; and anthropologist Niloofar Haeri and chemist and science historian Lawrence M. Principe, who won in 2015. 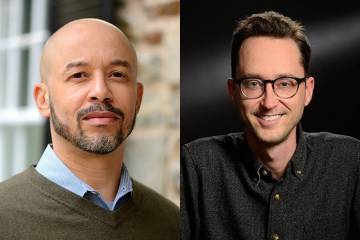