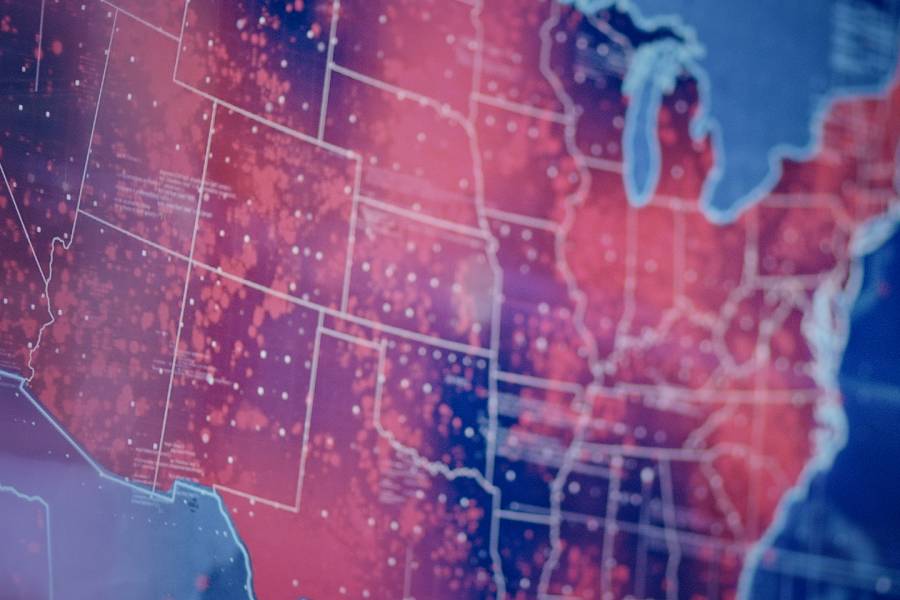 The per-capita rates of new COVID-19 cases and COVID-19 deaths were higher in states with Democrat governors in the first months of the pandemic last year, but became much higher in states with Republican governors by mid-summer and through 2020, possibly reflecting COVID-19 policy differences between GOP- and Democrat-led states, according to a study led by researchers at the Johns Hopkins Bloomberg School of Public Health and the Medical University of South Carolina.

For their study, the researchers analyzed data on SARS-CoV-2-positive nasal swab tests, COVID-19 diagnoses, and COVID-19 fatalities, for the 50 U.S. states and the District of Columbia. After adjusting for confounding factors such as state population density, they found that Republican-governed states began to have consistently higher rates of positive swab tests in May, of COVID-19 diagnoses in June, and of COVID-19 mortality in July.

The results, published online March 10 in the American Journal of Preventive Medicine, suggest that policy differences between Republican- and Democrat-governed states, including mitigation measures such as mask mandates and social distancing requirements, may have led to systematic differences in COVID-19's impact on public health, the researchers say.

"Governors' party affiliation may have contributed to a range of policy decisions that, together, influenced the spread of the virus," says study senior author Sara Benjamin-Neelon, professor in the Bloomberg School's Department of Health, Behavior and Society. "These findings underscore the need for state policy actions that are guided by public health considerations rather than by partisan politics."

The analysis covered March 15 to December 15, 2020, and included the number of SARS-CoV-2 tests, positive tests, COVID-19 case diagnoses, and COVID-19 fatalities. The researchers used a sophisticated statistical tool called a Bayesian negative binomial model to estimate, for each day in the nine-month study window, the relative risks or chances of getting tested, testing positive, getting COVID-19, or dying of COVID-19, for people in 26 GOP-governed vs. 25 Democrat-governed states. Washington, D.C. was treated as Democrat-governed.

The researchers were aware that many other factors, including the natural progression of the pandemic from early waves in urban areas, such as New York City and Seattle, to later waves in rural areas, might have contributed to differences between Republican- and Democrat-led states. However, they attempted to correct for these confounding factors in their analysis.

Their findings, even when factoring in these confounders, revealed a clear pattern in which Democrat-led states were hardest-hit early in the pandemic, but after a few months Republican-led states on average began to have more positive tests, COVID-19 cases, and more COVID-19 deaths. The transition occurred for testing-positivity on May 30, for COVID-19 case diagnoses on June 3, and for COVID-19 deaths on July 4. The differences between the two groups of states peaked in the period from late June to early August—for example, on August 5 the relative risk of dying of COVID-19 was 1.8 times higher in GOP-led states.

Testing rates were similar for the two sets of states until late September when Republican-led states began to have lower testing rates.

Other studies have found evidence that Republican governors in 2020 were broadly less strict than their Democrat counterparts in setting policies on mask-wearing, social distancing, and other pandemic-related measures. The researchers say that those studies, along with the links they found between Republican governorship and greater COVID-19 impact, are consistent with the idea that the political polarization of the COVID-19 response has contributed to less effective COVID-19 policies and worse case-related statistics in some states.

"Despite a more coordinated federal response this year, governors still play a key role in the pandemic response," says Benjamin-Neelon. "As we're seeing, several states have lifted mask requirements even though we have yet to make substantial progress in controlling the spread of the virus."