TikTok tutor racks up thousands of followers around the world

Ben Straus joined TikTok for the same reason most of the platform's one billion users joined: It's a way to be entertained, follow popular influencers, and maybe pick up a few life hacks. Eventually, though, Straus began creating his own fun videos, and soon, the fourth-year Johns Hopkins biomedical engineering student decided to use his expertise to help middle school, high school, and college students around the world learn more about engineering.

"I realized that, in high school, I had very little knowledge of what engineering actually was," said the Los Angeles native. "In college, I've learned about the field, picked up many tricks, and made many study guides that students might find helpful." 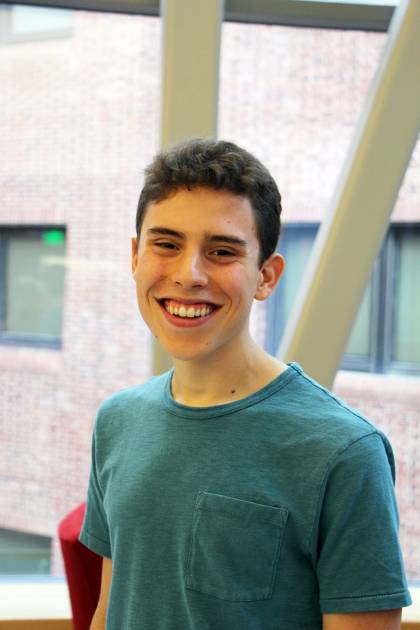 In late January, he knew he had struck on an idea that resonated with an audience after an initial short video announcing his first live session had been viewed more than 100,000 times and his account had gained more than 3,000 followers—all in fewer than 24 hours.

In addition to the dance and voice-over videos quintessential to the app, Straus holds live TikTok "office hours" every Monday evening, during which followers have their questions answered in real time. During these live sessions, Straus explains what biomedical engineers do, why he chose this field, what he plans to do after graduating, how he studies and keeps track of deadlines, how he stays motivated and organized, and more. One video attracted more than 900,000 views in nine hours.

His channel has reached people across the United States, Canada, and the United Kingdom. With a solid following on TikTok, he decided to form an interactive learning community on Discord, a group-chatting platform through which thousands of members have offered and received homework and study assistance. Ranging from middle school to college level students from locations around the world, the members of Straus' Discord group make up an open community that caters to different learning styles.

Any member can post a question, and any member can answer it via text or live chat. "Some people prefer voice conversations and some prefer text responses," Straus said. "When people ask a question, sometimes someone will respond 'Head over to voice channel two and we can talk.' It just depends on preference."

Another popular feature of Straus' Discord community are his personal study guides for college courses such as Linear Algebra, Differential Equations, and Calculus. Each of these are available to download through the platform.

His TikTok following has reached more than 125,000 people. "The growth has been exponential, and I hope it continues so that I can keep helping students," Straus said.

Along with spending 5-10 hours per week on his newfound internet presence, Straus is also managing a full course load, part-time work, and participation in extracurricular activities such as mock trial, JHU Flash Seminars, and, previously, the Throat Culture sketch comedy troupe. His one piece of advice for managing a busy schedule: Know your "why."

"By knowing why I'm doing something, I'm able to devote my time to it and continue to push myself," Straus said. "It also helps me to identify activities that I'm doing for external reasons and limit them."

When Straus graduates in May with his bachelor's and master's degrees, he will begin his career as a systems engineer at Medtronic in Minneapolis, but he plans to keep up his TikTok tutoring and even begin small group sessions. "I have always found tutoring and mentoring to 'feed my soul' in a way, and I won't stop after graduation," he said. 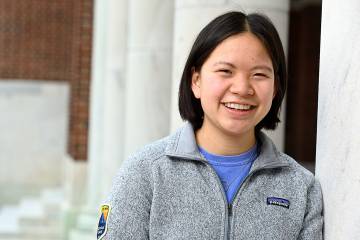