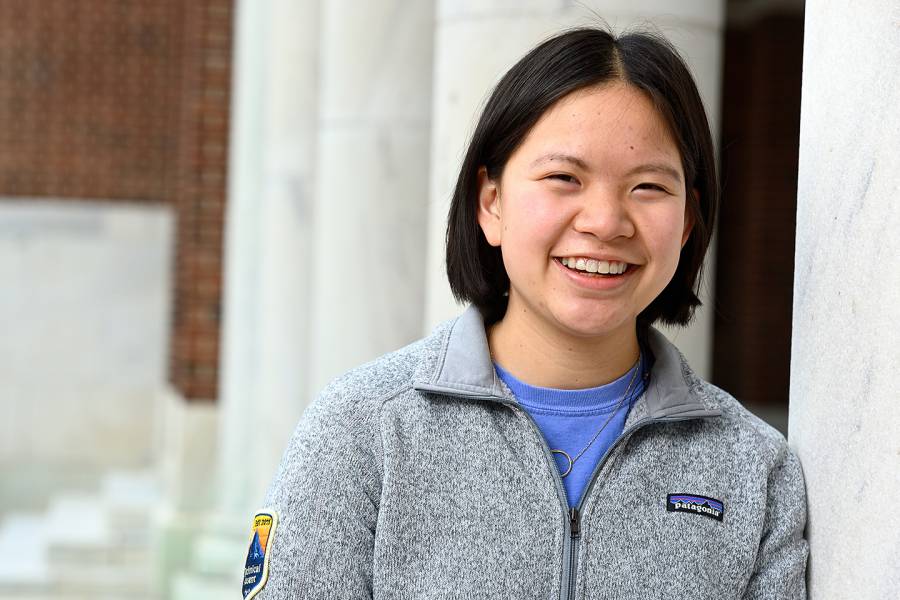 In the lab of auditory neuroscience professor Amanda Lauer, first-year student Zandy Wong writes project code to help determine levels of hearing loss in mice. As mice can't communicate whether they hear a sound, Wong helps determine if their auditory neurons fire in response to stimuli. Through her research in the lab, Wong works to uncover the mechanics of hearing loss—and to better understand her own as well.

Born with conductive hearing loss, Wong is missing part of one of the bones in her left middle ear. When sound enters her ear, it gets processed as vibrations, but because of the missing bone, those vibrations don't make it all the way to the hair cells in the cochlea which transmit sounds as electrical impulses to the brain.

To help sound vibrations reach her cochlea, Wong received a bone-anchored hearing aid—or BAHA—cochlear implant when she was 12 years old. A sound processor worn outside the head is magnetically attached to an implant embedded above Wong's ear under the scalp. Sounds taken in by the processor are sent to the implant, which transmits them through bone conduction down the inner ear, bypassing the damaged middle ear, and into the cochlea.

Wong says the day she received the implant was surreal, opening her mind to a new world of sound.

Suddenly, Wong's schoolwork improved. Before the implant, school was a challenge. With her hearing loss, it was difficult to focus on her teachers. She said it was easy to become overwhelmed as noise in the classroom would drown out the lessons she was supposed to pay attention to. But once she received the BAHA implant, group activities and clubs became a lot easier to deal with, and her grades rose.

In recognition of her academic success, Wong has been named one of three students in the U.S. to be awarded the Anders Tjellström Scholarship, a $2,000-a-year scholarship that recognizes students with cochlear BAHA implants for their exceptional academic achievements and commitment to leadership. The award is named for Anders Tjellström, the physician who developed the bone-anchored hearing aid.

When she first applied to Hopkins, Wong considered studying computer science, but soon realized that she wanted to know more about the science behind hearing loss, and switched her focus to neuroscience. As part of the Johns Hopkins neuroscience scholars program, Wong assists in Lauer's hearing loss research in the School of Medicine.

Lauer said Wong has leapt into the research during a difficult time, and will soon be taking over in-person lab duties as well.

"Zandy's enthusiasm for everything she does is infectious, and I'm delighted to have such a motivated and bright student in the lab," Lauer said.

But the educational opportunities in the lab aren't the only benefit of her research, according to Wong.

"I didn't really have a hard-of-hearing community at my high school, so this program has really provided me with that, not only with hard-of-hearing students at Hopkins, but around the country," Wong says. "I'm really grateful for their mentorship, because it's really helped me find this community." 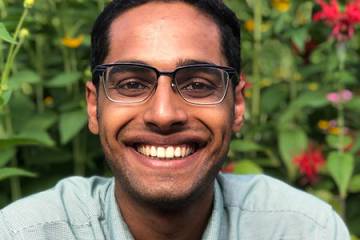 Published Nov 22, 2020
Ramasamy, who graduated from JHU in 2018 with a degree in public health studies, led the team drafting the state of Kansas' COVID-19 reopening plan