'Follow the science' and other principles of Biden's pandemic response plan

Entering the White House at the height of a global pandemic, President-elect Joe Biden's administration plans to respond by ramping up and simplifying the vaccination process, tackling equity issues, and, above all, following the science, according to two members of Biden's COVID-19 task force.

"From vaccines to therapeutics, to diagnostics, to other public health recommendations, everything is going to be informed by the science," said task force member and infectious disease specialist Céline Gounder during a webcast hosted by the Johns Hopkins Bloomberg School of Public Health on Thursday.

Gounder, a clinical assistant professor of medicine at NYU who earned a Master of Science degree from the Bloomberg School in 2000, pointed to the administration's plan to release every available dose of the coronavirus vaccine, rather than keeping second doses on reserve. "We want to accelerate the pace at which vaccination is going," she said.

That decision, Gounder said, is based on knowledge of vaccine supply levels—and does not imply that individuals should skip or reschedule their second doses, which are expected to be available on time.

"We are confident, based on the information that's been shared with us, that we're not really going to have issues with supply to meet second doses—barring some major manufacturing snafu," she said.

Gounder was joined Thursday by Global Health Council Director Loyce Pace, a fellow member of Biden's COVID-19 task force and a 2005 graduate of the Bloomberg School, where she received her Master of Public Health degree.

"If we allow the same death toll to continue over the next hundred days, our overall death toll will more than double. And that is simply not acceptable."
Céline Gounder
Infectious disease specialist

Moderator Brian Simpson—also a Bloomberg School alumnus and editor of its Global Health NOW publication—pointed to the steep challenges the Biden administration inherits with regard to the COVID-19 pandemic, which is now responsible for the deaths of more than 380,000 Americans and has resulted in more than 23 million confirmed cases nationwide.

To begin flattening the curve of transmission, Biden has pledged to deliver 100 million vaccinations within his first 100 days in office. "If we allow the same death toll to continue over the next hundred days, our overall death toll will more than double," Gounder said. "And that is simply not acceptable."

But vaccine rollout has been hampered to date by confusion, the experts acknowledged. The new administration and its pandemic task force must clarify and simplify processes related to vaccine distribution. Pace said Biden would prioritize providing funding to states to "develop the critical infrastructure they require to be much more regimented, orderly, and clear with their own communities on how to receive a vaccine and when."

Despite the good intentions of entities such as the Centers for Disease Control and Prevention and the American College of Physicians, their vaccine guidance has been "very hard to operationalize on the ground," Gounder said.

And the need is urgent, Pace said. New COVID-19 variants have been identified in the U.S., including the highly transmissible B117 variant first detected in the United Kingdom. "We recognize that the U.S. is hardly doing enough to track these variants," she said. "So the [task force] has absolutely recommended a greater focus on genomics surveillance to understand what these variants are and where they exist."

The good news is that the vaccines now available in the U.S. are believed to defend against the new variants—"as far as we know right now," Pace said.

Pace said she and others are encouraged by the appointment of Marcella Nunez-Smith, a Yale associate professor, physician, and researcher known for studying racial disparities in health, as head of a pandemic task force focused on equity challenges.

"I think that signals [the administration's] focus on this issue of the vaccine really hitting people in different ways," she said. 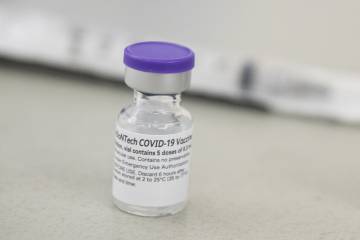 Published Jan 8, 2021
COVID-19 vaccines have been the subject of speculation and anticipation for months—so why hasn't the U.S. made more progress on vaccination?