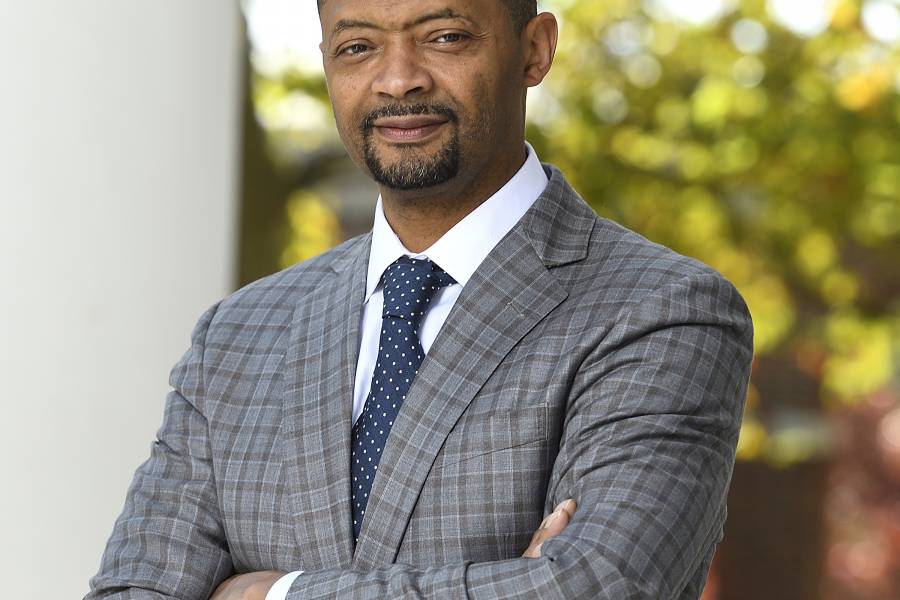 Odis Johnson, a leading researcher of social inequality in America and an expert in sociology and education, will join Johns Hopkins Jan. 1 as a Bloomberg Distinguished Professor of social policy and STEM equity.

"Odis Johnson is a highly productive social scientist whose work at the intersection of education, public safety, and public health demonstrates the value of truly interdisciplinary, collaborative research," says Johns Hopkins Provost Sunil Kumar. "I am confident that, as a Bloomberg Distinguished Professor, he will be very effective at connecting scholars across disciplines to open new avenues of research here at Johns Hopkins."

Johnson is the visionary principal investigator of the Fatal Interactions with Police Study, a first-of-its-kind database that compiles crowdsourced reports of the roughly 1,700 police homicides that occurred across the United States from May 2013 to January 2015—a period that includes the 2014 police shooting of Michael Brown in Ferguson, Missouri. The shooting, which occurred less than 10 miles from Johnson's current university campus at Washington University in St. Louis, inspired the creation of the study. FIPS data has provided vital quantitative evidence of racial disparities in U.S. police jurisdictions—evidence, Johnson says, that is essential to the creation of public policy solutions.

Johnson is currently a professor of education and sociology at Washington University in St. Louis, director of the Institute in Critical Quantitative Computational and Mixed Methodologies, and associate director of the Center for the Study of Race, Ethnicity, and Equity.

He will hold primary appointments in the Johns Hopkins School of Education and the Bloomberg School of Public Health, as well as a courtesy appointment in the Krieger School of Arts and Sciences' Department of Sociology. He has been appointed executive director of the Johns Hopkins Center for Safe and Healthy Schools and will join the steering committee of the 21st Century Cities Initiative.

As a Bloomberg Distinguished Professor, Johnson joins an interdisciplinary cohort of scholars working to address major world problems and teach the next generation. The program is backed by a gift from Michael R. Bloomberg, a Johns Hopkins alumnus, founder of Bloomberg LP and Bloomberg Philanthropies, World Health Organization Global Ambassador for Noncommunicable Diseases, and 108th mayor of New York City.

In advance of Johnson joining the Johns Hopkins faculty, the Hub spoke with him about his research, the persistent problem of racial disparities in education and policing, and how data can inform a new generation of policy solutions.

What is the focus of your research?

All of my interests are somewhat connected by this curiosity with justice within schools and neighborhoods and how it plays out differently for racial and ethnic groups.

Your research also has a spatial and residential stratification element. What does that mean?

It begins with the acknowledgment that everything happens someplace. There's nothing that happens in life that isn't contextually located and somewhat informed by the characteristics or the qualities of those places. I'm interested in how neighborhoods are organized to support kids' well-being, the functioning of families, whether they feel safe and secure within those neighborhoods and how that might impact parental practices or the type of opportunities they may seek for their kids and how they feel about the schools located in those neighborhoods.

That emphasis on spatial data and social outcomes led you to create the first nationally representative data file of officer-involved homicides in the U.S. under your Fatal Interactions with Police Study. What are some of the things that we have learned about fatal interactions with police through visualizing the data?

Space operates as a process through which policing and the racialized distribution of policy resources are justified. For instance, if a police officer has some unconscious bias and they enact that bias in the course of their duty, that could lead to disproportionate arrest rates according to race and ethnicity. And because all these police interactions are entered as data, they then aggregate up from those individual instances to a neighborhood-level understanding of crime. Policymakers might look at the data and say, "Hmm, this neighborhood, which is predominantly African American, tends to have more crime in it. So then let's enact more patrols in that area because it's higher crime." Then, through self-fulfilling prophecy, we start collecting more racialized data in a given place.

The Fatal Interactions with Police Study confirmed that Black and Latinx men were the majority of individuals killed by police in the 20 months that the study covers. We also found that in neighborhoods that were largely African American, the probabilities of death by legal intervention were higher for African Americans and Latinx groups than for nonminority groups.

We also found that neighborhoods where there was a higher degree of inequality had higher probabilities of death by legal intervention for Hispanic males—not so much for African American males. We discovered that lowered levels of racial segregation for Black communities lessened the odds of a fatal interaction with police for Black males. Our work revealed that there were different neighborhood features and processes that were related to varying odds of whether you'd be killed by police or not.

We also looked at policy outcomes—for instance, does the presence of body cameras relate to lowered odds of fatalities by police? It turns out body cameras are pretty much irrelevant in our studies. We knew that would be likely because the technology, and its presence, isn't as important as its use. It doesn't matter if you have a body camera if you haven't turned it on, if people aren't routinely reviewing the footage, and if there are no sanctions that are applied by leadership to what is reviewed.

When we have police organizations that support this blue wall of silence—when you can't rely on internal organizations to hold peers accountable for their behavior, when that morphs into a cultural phenomenon like Blue Lives Matter—we're not even talking about organizations anymore. We're actually talking about the identities of individuals who see themselves and their profession as antithetical to Black lives mattering. If you think reforming policing as a professional practice is difficult, try reforming someone's identity.

We need to be thinking about how to remove individuals who are unfit to serve, what systemic management processes must be put in place to identify those who, whether through their professional experiences or something within their social lives and personal lives, become unfit to serve. How do we identify them and then remove them? We're not going to achieve organizational reform when the responders who are unfit to serve are also the ones responsible for the change.

What are the moments in your work that excite you the most?

Probably having the public conversation about research. It's what we all should be driving toward as researchers because, yes, you get excited about the finding—when you finally get to the point where you have something reliable and you're confident in the analysis—and it's great to be published in a top-tier journal. But ultimately, if you're a publicly engaged scholar and you believe in activist scholarship, having those conversations really is a key part of the job. We can't expect to achieve the type of change we need if we're only talking to PhDs and people who read scientific journals. Relating to Baltimore and the Black community and the Latinx communities and Indigenous communities is really a key part of this.

For me, it goes back to Du Bois and his perhaps youthful belief that science might be the most compelling way to convince the white power structure of Black humanity, and that any social transformation should be evidence based. While I don't believe white power seeks to be informed by any social science that would undermine it, I'm committed to building a volume of research and evidence-based policy alternatives that expose the continuation of inequality-as-usual as an informed decision, rather than an outcome of limited science.

What is your vision for the direction of the Center for Safe and Healthy Schools?

I'm thinking about it as a collaborative opportunity. Our colleagues at Hopkins bring so much to the table, and once I arrive, I will listen and learn from them to understand exactly how this center might be shaped with the full support of the campus. That said, there are a few things I know I will be hoping to do to move the center forward.

I'm still very curious about inequalities when it comes to carceral conditions within schools and neighborhoods, so I will continue examining the disparities that are generated through law enforcement and policing both in schools by school resource officers and in neighborhoods of color.

I am also bringing with me the Institute in Critical Quantitative, Computational, and Mixed Methodologies, a capacity-building National Science Foundation institute. I see this as an opportunity to think about how computational methods in particular are being used to enhance methods of surveillance in schools. Innovations like facial recognition software or algorithms that presume to predict certain behaviors are being implemented in public schools, college campuses, and neighborhoods, with known likelihoods of replicating the same racial biases in detection that people often cause.

We need to be talking about what those technologies and surveillance systems do, how they replicate the racial and ethnic inequities that we have in society, and how they lead to additional disparities. The center will be a great resource for the nation in understanding the outcomes, the costs, and the potential benefits for using this kind of technology in educational settings and on campuses.

What motivated you to do this work?

I think I was driven to education for so many reasons. The two most relevant ones would be that I'm a product of public education. I went to low-performing schools and even flunked a grade. So I understand the challenges of those spaces and how the challenges are disproportionately experienced by African Americans. And although I started in the urban inner city, I ended up transferring to a more suburban school, and since that time I've always been sensitive to the inequalities and differences across those two spatial contexts. The inequality was really just blatant, and we see it still to this day, where we have very different opportunities according to ZIP code.

My interest in policing really extends from an interest in urban neighborhoods, in the urban experience, but also the Black experience. Yes, I've had my own run-ins with law enforcement that didn't result in my arrest but nevertheless heightened my sensitivity to the ways in which people are surveilled and how stereotypes dictate the type of interaction one might have with law enforcement. It's a risk that too many people of color experience daily, and we need more scholarship to understand the risks and make sure everyone else is clear about what those are—to the extent that they're interested in science. The goal is also to bring about solutions that are really essential to progress. 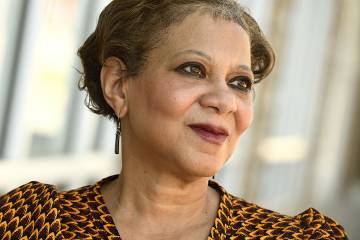 Published Aug 25, 2020
Johns Hopkins expert in health disparities discusses how the coronavirus pandemic has shed light on the vulnerabilities of communities of color and the need to better protect everyone's health 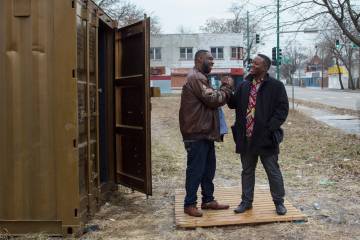 Published July 7, 2020
Portals Policing Project, co-led by sociologist Vesla Weaver, centers on the lived experiences of people in cities with heavy law enforcement presence in order to gain insights on justice and democracy