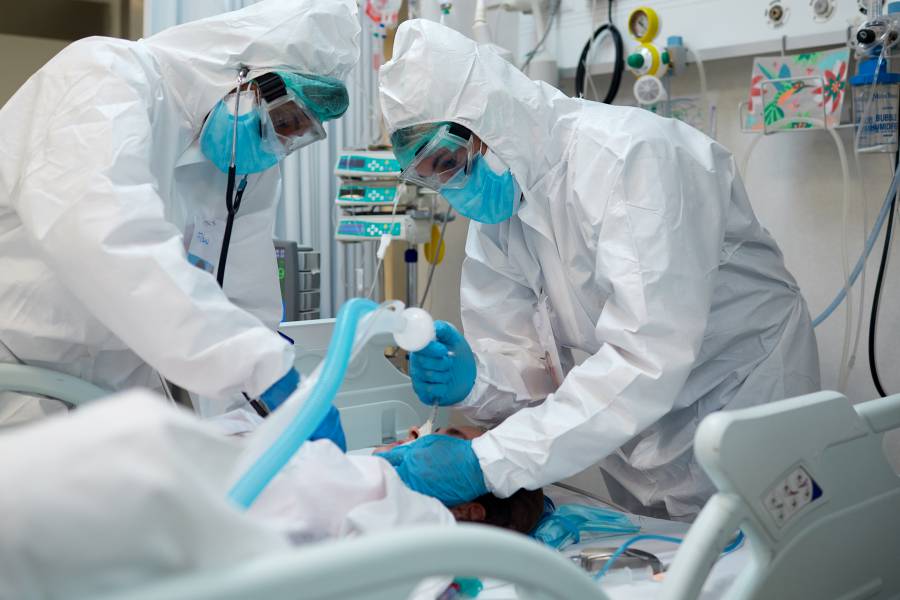 By Annika Weder and Carly Kempler

Researchers at the Johns Hopkins Bloomberg School of Public Health have developed a new online calculator for estimating individual and community-level risk of dying from COVID-19. The web tool calculates the mortality risk in currently uninfected individuals based on a set of risk factors and community-level pandemic dynamics in the state of residence. It is available online for public health officials and interested individuals alike.

Now that trials conducted by Pfizer and Moderna have shown safety and high-level efficacy, vaccine distribution is imminent. But as these vaccines will have a limited supply in the next several months, prioritizing high-risk populations for vaccination will help to maximize the number of lives saved. The researchers behind the mortality risk calculator say the tool could play a vital role in identifying those groups.

"Our calculator represents a more quantitative approach and should complement other proposed qualitative guidelines, such as those by the National Academy of Sciences and Medicine, for determining individual and community risks and allocating vaccines," says study senior author Nilanjan Chatterjee, Bloomberg Distinguished Professor of biostatistics and genetic epidemiology.

The algorithm underlying the calculator uses information from existing large studies to estimate risk of COVID-19 mortality for individuals based on age, gender, sociodemographic factors, and a variety of different health conditions. The risk estimates apply to individuals in the general population who are currently uninfected, and captures factors associated with both risk of future infection and complications after infection.

Chatterjee is known for developing models to assess individualized risks of non-communicable diseases such as cancer based on risk factors based on patients' environment, demographics, and genetics. When cases of COVID-19 began to surge in the United States, however, Chatterjee, like many researchers, shifted his research focus to address the pandemic.

"People may understand broadly that with a preexisting condition such as obesity or diabetes, for example, they are at higher risk, but with our calculator they should be able to understand their risk in a way that takes multiple factors into account."
Nilanjan Chatterjee
Bloomberg Distinguished Professor of biostatistics and genetic epidemiology

"A variety of models were already being developed to project the spread of the pandemic at the population level, but there were limited efforts towards building and validating individual-level models for predicting outcomes in the United States," Chatterjee says. "We saw an opportunity and a need for this type of tool that we had been developing already and realized that our particular expertise could fill this gap and be useful for individuals as well as policymakers."

The new risk calculator is presented in a paper that appears in the journal Nature Medicine.

COVID-19 can affect different people in starkly different ways. Children and young adults may suffer very mild disease or no symptoms at all, whereas the elderly have infection mortality rates of at least several percent. There are also clear ethnic and racial differences—Black and Latinx patients in the U.S., for example, have died of COVID-19 infections at much higher rates than white patients—as well as differences linked to preexisting medical conditions such as diabetes.

"Although we have long known about factors associated with greater mortality, there has been limited effort to incorporate these factors into prevention strategies and forecasting models," Chatterjee says.

He and his team developed their risk model using several COVID-19-related datasets, including from a large U.K.-based study and state-level death rates published by the Centers for Disease Control and Prevention, and then validated the model for predicting community-level mortality rates using recent deaths across U.S. cities and counties.

The study was co-led by two of Chatterjee's postdoctoral fellows Jin Jin and Prosenjit Kundu, and Neha Agarwala, a PhD student from the department of statistics of the University of Maryland, Baltimore County. The web tool—built by Benjamin Harvey, the lead data scientist for Chatterjee's laboratory—allows users to enter information about sociodemographic factors such as age and ZIP code; behavioral factors such as smoking status; and a number of predisposing conditions including asthma, diabetes, and cancer. It then calculates the risk of dying from COVID-19 relative to the average risk for the U.S. population: close to or lower than average risk, moderately elevated risk, substantially elevated risk, high risk, and very high risk.

The tool can be used to define risk for a group, such as for a particular community, corporation, or university, based on the mix of relevant factors that define the group.

In their paper, Chatterjee and colleagues used their calculator to describe the risk distribution for the whole U.S. population, showing, for example, that approximately 30% of deaths occur in only 1.6% of the U.S. population. A large number of deaths, they conclude, could be prevented by targeting a relatively small number of high-risk individuals.

The researchers also showed that population-level risk varies considerably from city to city and county to county. The calculator is based on a combination of those individual and community factors, including pandemic dynamics. Thus, when a big wave of infections hits a population, the risk estimates for all individuals will rise in that community. Currently, the tool is updated on a weekly basis to incorporate information on state-level pandemic dynamics.

Chatterjee and his colleagues expect that their calculator will be useful in setting priorities for allocating early COVID-19 vaccines and other scarce preventive resources such as N95 masks. Proposed guidelines from the U.S. National Academy of Sciences, Engineering, and Medicine put frontline medical workers in the top-priority category to maximize societal benefits and minimize the chance that they will infect others, but most other priority categories are based broadly on estimated risks for infection and disease severity and, for example, give higher priority to the elderly and to people with conditions such as diabetes.

"People may understand broadly that with a preexisting condition such as obesity or diabetes, for example, they are at higher risk, but with our calculator they should be able to understand their risk in a way that takes multiple factors into account," Chatterjee says.

The researchers also collaborated with PolicyMap, Inc. to develop interactive maps for viewing numbers and the proportion of individuals at various levels of risks across U.S. cities, counties and states. The team then used these projections to validate the underlying risk model by correlating predicted death rates and observed death rates across the different cities and counties. These maps will allow local policymakers to plan for vaccination, shielding high-risk individuals, and other targeted intervention efforts. 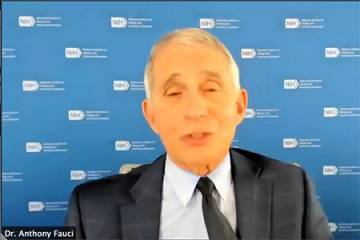