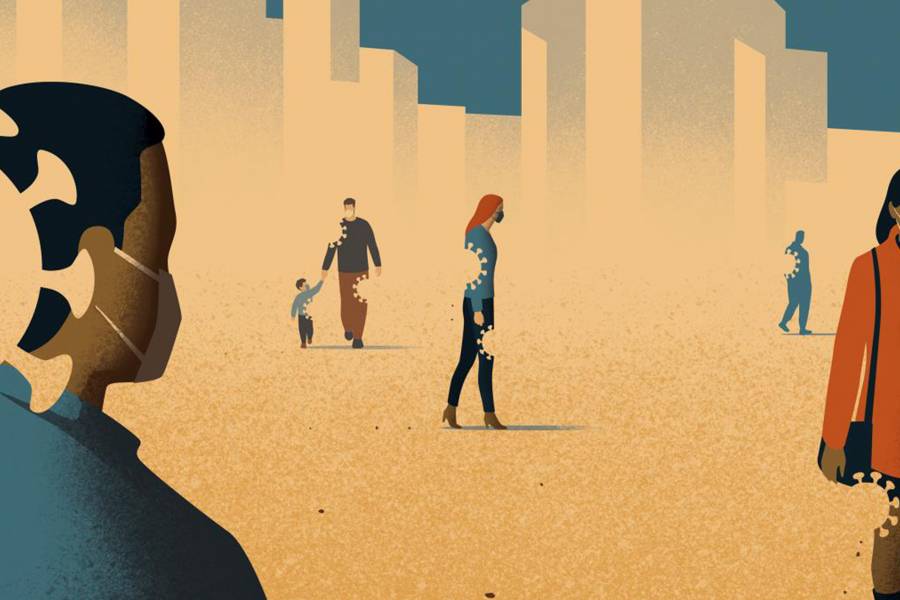 The initial coronavirus surge has passed, but the mental health fallout persists

As a rehabilitation psychologist who works with ICU patients at Johns Hopkins Hospital, Megan Hosey is all too familiar with the traumatic impact of critical illness. But that still didn't prepare her for what she saw during the springtime surge in COVID-19 cases.

Severely ill patients on ventilators were sedated longer and more deeply than normal, leading to ICU delirium, a condition that can include frightening delusions and hallucinations. And quarantine protocols meant that family members couldn't be with their loved ones as they struggled to survive.

It wasn't easy for those working on the front lines, either. Some got sick themselves. Others had to have end-of-life conversations with patients via Zoom. Months later, Hosey continues to hear from U.S. and international colleagues about health care providers who are contemplating leaving their jobs in the ICU, whose marriages are struggling, and whose children worry that their parents might not survive. She's even detected signs of burnout in herself.

"There are things about that period of time that I'll never forget, like the voices of family members pleading with care teams, 'Just tell them that we love them,'" Hosey says.

The initial coronavirus surge has long since passed, but the mental health fallout persists, marked by fear of infection, worry over sickened loved ones, and grief for those who have died. And the measures used to limit the virus's spread—social distancing, school closures, work restrictions—exact tolls of their own, including loneliness, financial insecurity, and domestic violence.

To make matters worse, says M. Daniele Fallin, chair of the Department of Mental Health, when there is no end in sight, the duration of the crisis itself becomes a psychological stressor. In terms of cumulative impact, that makes the COVID-19 pandemic more like the Great Depression or World War II than other recent infectious disease crises such as the 2009 swine flu pandemic or the 2015–16 Zika epidemic.

The consequences for mental and behavioral health are clear.

"We're seeing spikes in interpersonal violence, suicide, and substance abuse," says Laura Murray, a senior scientist in the department who focuses on the mental health impact of traumatic events.

When there is no end in sight, the duration of the crisis itself becomes a psychological stressor. In terms of cumulative impact, it could make the COVID-19 pandemic more like the Great Depression or World War II.

By mid-March, Murray, who spends much of her time working in low- and middle-income countries, had created an online COVID-19 mental health toolkit featuring videos in 21 different languages (including Arabic, Ukrainian, and Vietnamese) on topics such as optimizing sleep and reducing stress and anxiety. Other mental health experts at the school were promulgating self-care tips and publicizing resources such as suicide and crisis hotlines.

Yet the mental health crisis precipitated by the pandemic continued unabated. The CDC has reported that by the end of June, nearly 41% of 5,400 U.S. adults surveyed reported "at least one adverse mental or behavioral health condition," with the prevalence of depressive disorder almost four times higher than it had been in the first quarter of 2019 and prevalence of anxiety disorder more than three times higher. More than twice as many respondents reported seriously considering suicide in the previous month compared with adults in 2018 looking back over a 12-month period.

"There's some nervousness that this is going to have farther reaching and more lasting impact than other disasters," says Elizabeth Stuart, an associate dean and a professor of mental health who is part of the Bloomberg School's COVID-19 Mental Health Measurement Working Group. Survey data analyzed by Stuart and her colleagues, for example, have revealed that during the early phases of the pandemic, more than 25% of adults with no prior history of a mental health condition experienced symptoms of psychological distress such as depression and sleep difficulties.

Some of the initial fear surrounding the pandemic has evaporated, just as the isolation imposed by the first wave of shutdowns has lessened. But while some people have adjusted to the new normal, Murray says, others clearly have not.

When historians look for parallels to the current public health crisis, they often point to the 1918 Spanish flu pandemic. Case studies from the time mention symptoms—depression, sleep disturbances, difficulties coping at work—that appear suggestively similar to what we see today. Yet systematic population-level data on the mental health consequences of the 1918 pandemic are frustratingly scant, limiting its use it as a model.

"You're dealing with a period of time in which longitudinal studies or just plain follow-up weren't being done," says Greg Eghigian, a historian at Penn State University who specializes in the history of psychiatry and mental health.

Since then, disaster response models have been developed that suggest a predictable series of emotional lows and highs, from initial shock and panic to a "long tail of recovery," notes Fallin. A substantial body of modern literature testifies to the significant mental health impact of large-scale crises such as wars and natural disasters, as well as to the corrosive effects of physical and social isolation due to quarantine or imprisonment. And experts agree that evidence-based mental health responses—ranging from self-care strategies like meditation to formal treatments such as cognitive behavioral therapy—can combat those effects. The challenge is to identify those who most need help and the most effective ways to support them.

To that end, Fallin, Stuart, and others in the working group have been inserting questions related to mental and behavioral health in existing large-scale longitudinal surveys: questions that probe everything from feelings of loneliness and anxiety to substance use and intimate partner violence. Among other things, early data reveal that those at greatest risk of pandemic-related mental distress include young adults and people suffering financial hardship.

"This is a challenging time, but there are strategies people can use and places they can turn for help," Stuart says, adding that the research can show where resources can most effectively be directed to help those most in need. For example, social services agencies could monitor people who have lost their jobs due to the pandemic and connect them to care when necessary.

Stuart and her colleagues are currently analyzing a large Facebook dataset that will allow them to measure depression and anxiety along with risk factors such as financial distress at the county level. Their findings should allow states to direct resources to the localities that most need them, effectively scaling intervention efforts up from individuals to entire communities.

From the outset, experts have been concerned about the mental health of frontline health care workers, whose high-stress jobs make them vulnerable to conditions such as survivor guilt or PTSD.

Svea Closser, an associate professor in the Department of International Health, and Johannes Thrul, an assistant professor of mental health, have been working with a team of collaborators across the schools of Public Health, Medicine, and Nursing to bolster support for the health care professionals and non-clinical workers who put themselves at risk to keep hospitals running.

Voices of the vulnerable

COVID-19 and suicide: A crisis within a crisis

Thrul designed a survey to assess the impact of the pandemic on approximately 1,000 frontline workers in the Johns Hopkins Health System. The survey is being distributed to clinical staff such as doctors, nurses, and physical therapists, as well as to direct services staff who clean linens and prepare food. Closser, meanwhile, leads a seven-member team that is conducting qualitative research via Zoom interviews with a smaller subset of workers and their family members. Surveys and interviews are still being completed, but some trends are already apparent.

According to PhD student Erin Cooney, more than a third of respondents so far have screened positive for depression and anxiety, with approximately 20% reporting that they now consume more alcohol than they did prior to the pandemic.

Interviews also reveal that frontline workers of all kinds share certain common concerns, such as carrying COVID-19 back to their families or bringing it into the hospital. Hosey says that early in the surge, some of her colleagues even moved temporarily into RVs or hotel rooms to avoid bringing the virus home with them.

Clinical staff report struggling with the feeling that they might have saved some patients had they only done something different or better. Lower-paid workers, meanwhile, feel that they are not always kept in the loop about decisions that affect their own health and safety, such as who should receive personal protective equipment when it is in short supply. At the same time, they feel that they are expected to do more work than they normally would, under far more dangerous conditions.

The team's findings will eventually inform recommendations for improving mental health and social support for frontline workers moving forward, which will enable health care systems to tailor their solutions to specific groups.

"You don't have to be a rocket scientist to anticipate that people working on the front lines of a global pandemic are going to be more stressed out than the general population," Thrul says. "The interesting part is, what can we learn from this to improve their conditions?"

Despite the daunting unknowns and the clear surge in mental health issues, Murray sees some grounds for optimism. For example, she points out that the increasing availability of telemental health is already lowering barriers to care and should bring continuing benefits even after the pandemic is over.

"Clients don't seem to mind it, and the research shows that it's effective," she says.

And the pandemic seems already to be raising public consciousness of the importance of mental health. Indeed, says Murray, simply talking about the subject reduces stigma and makes it easier for people to seek help.

The National Suicide Prevention Lifeline is a hotline for individuals in crisis or for those looking to help someone else. To speak with a certified listener, call 1-800-273-8255. 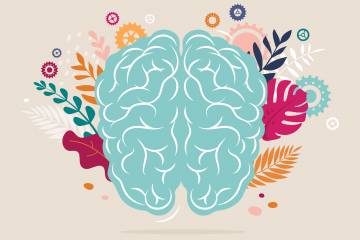 Managing mental health during a pandemic