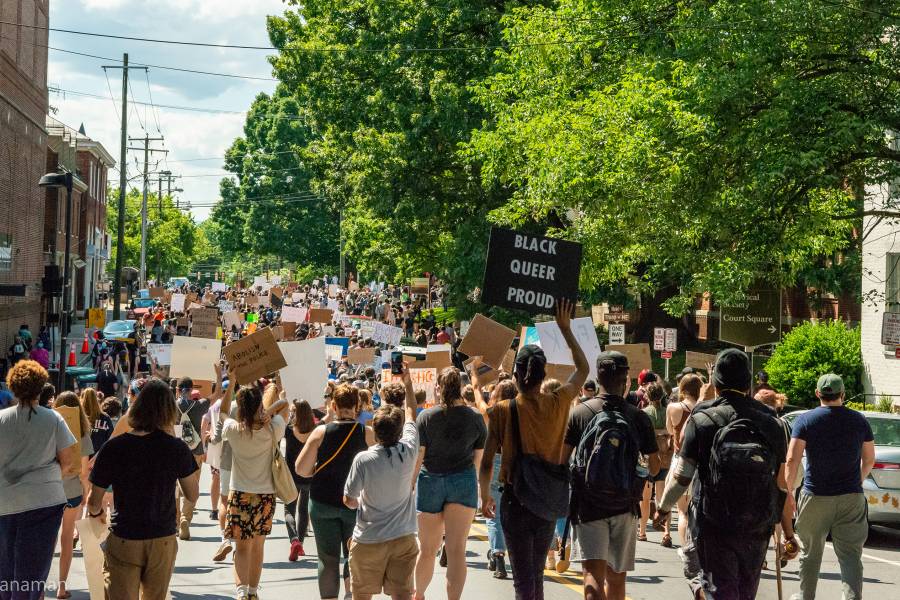 How race is shaping the 2020 election

In the history of U.S. racial politics, the summer of 2020 will likely stand out as a turning point.

"Just five or six years ago, saying the words 'Black Lives Matter' signaled what party you belonged to and probably what wing of the party you belonged to," said Theodore "Ted" R. Johnson, senior fellow and director of the fellows program at the Brennan Center for Justice. "Then this summer, that's different. We see Mitt Romney marching in Washington D.C., saying 'Black Lives Matter,' something in 2016 that would have gotten him ostracized in the Republican party."

The protests following the police killing of George Floyd "happened in every state and territory and even in some foreign nations," Johnson said during a virtual discussion Friday. "Multiracial, multiethnic, multigenerational, across religion, across region, across class. We're having Black Lives Matter marches in Idaho, where there are literally no Black people in the march."

"The massive mobilization around the issue of racial justice [is drawing] millions of people across partisan lines, racial lines, from the biggest cities to the smallest little hamlets across the country."
Ashley Quarcoo
Carnegie Endowment for International Peace

Johnson and two fellow scholars—Ashley Quarcoo, senior fellow with the Carnegie Endowment for International Peace's Democracy, Conflict and Governance Program, and Alan I. Abramowitz, political science professor at Emory University—discussed issues of race and polarization as part of the Election 2020 series, hosted by the Stavros Niarchos Foundation Agora Institute at Johns Hopkins.

The scholars traced historical precedents of racial issues shaping U.S. elections, including the so-called Compromise of 1877, when Rutherford B. Hayes and the Republican party struck a deal to secure disputed electoral college votes in exchange for stripping federal protections from Black people in the South. "The rights of Black men were traded for keys for the White House," ushering in the era of Jim Crow and the disenfranchisement of Black votes, Johnson said.

Donald Trump entered the political realm at a time when the GOP was "doing some soul-searching" about expanding its base, Abramowitz said, but Trump's 2016 campaign instead doubled down on appealing to racial conservatism and xenophobia.

Quarcoo pointed to the complex dimensions added to the 2020 elections, with "the massive mobilization around the issue of racial justice [drawing] millions of people across partisan lines, racial lines, from the biggest cities to the smallest little hamlets across the country."

Johnson suggested that the "horrific nature" of the video of Floyd's death resonated beyond Black America. "There was a sense that maybe the state is becoming too strong, and if they can do this to those who are marginalized, what will it look like when that expansion includes me and my family, too?" he said. In this way, "racial inequality points to those areas where democracy is broken and our leadership is weak."

But the scholars acknowledged uncertainty over how exactly these dynamics will play out in the election results.

Abramowitz suggested that Trump has taken a cue from Richard Nixon's playbook in the 1968 election, positioning himself as a purveyor of "law and order" at a time of instability and racial unrest. But he expressed doubts on whether that concept is selling. "I think most white suburban voters don't have the sense ... that they're living in this hellscape that Trump is describing."

Johnson said he believes "the enthusiasm from the summer [protests] has not been lost." Most Americans across the political spectrum "really want the nation to get back to some sense of civility, of normalcy, of being able to engage with one another without it being based in hatred and the rhetoric that makes enemies of your fellow citizen," he said. "And we'll see what the election has to say about that." 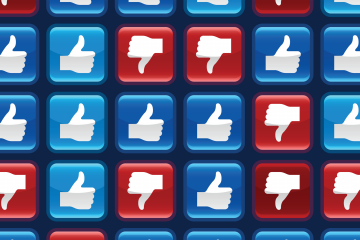 Published Oct 5, 2020
SNF Agora Institute explores how information can be manipulated and confused in the current political landscape as part of election conversation series