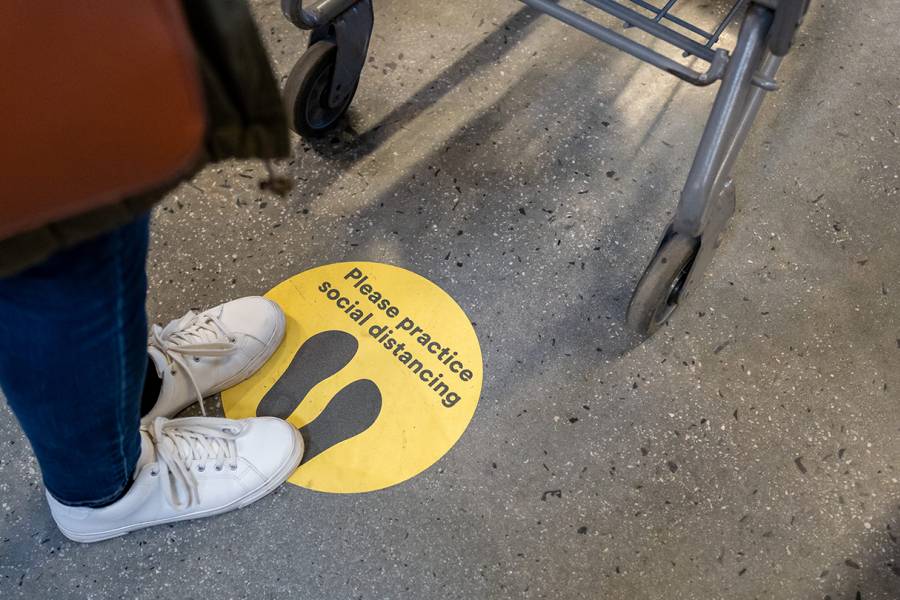 Using public transportation, visiting a place of worship, or otherwise traveling from the home is associated with a significantly higher likelihood of testing positive for SARS-CoV-2—the coronavirus that causes the illness COVID-19—while practicing strict social distancing is associated with a markedly lower likelihood, suggests a study from researchers at the Johns Hopkins Bloomberg School of Public Health.

For their analysis, the researchers surveyed a random sample of more than 1,000 people in the state of Maryland in late June, asking about their social distancing practices, use of public transportation, SARS-CoV-2 infection history, and other COVID-19-relevant behaviors. They found, for example, that those reporting frequent public transport use were more than four times as likely to report a history of testing positive for SARS-CoV-2 infection, while those who reported practicing strict outdoor social distancing were just a tenth as likely to report ever being SARS-CoV-2 positive.

The study is believed to be among the first large-scale evaluations of COVID-19-relevant behaviors that is based on individual-level survey data, as opposed to aggregated data from sources such as cellphone apps.

The results were published online in Clinical Infectious Diseases.

"Our findings support the idea that if you're going out, you should practice social distancing to the extent possible because it does seem strongly associated with a lower chance of getting infected," says study senior author Sunil Solomon, an associate professor in the Bloomberg School's Department of Epidemiology and an associate professor of medicine at Johns Hopkins School Medicine. "Studies like this are also relatively easy to do, so we think they have the potential to be useful tools for identification of places or population subgroups with higher vulnerability."

"When we adjusted for other variables such as social distancing practices, a lot of those simple associations [between infection and race] went away, which provides evidence that social distancing is an effective measure for reducing SARS-CoV-2 transmission."
Steven Clipman
PhD candidate, Bloomberg School of Public Health

The novel coronavirus SARS-CoV-2 has infected nearly 27 million people around the world, of whom some 900,000 have died, according to the World Health Organization. In the absence of a vaccine, public health authorities have emphasized practices such as staying at home, wearing masks, and maintaining social distancing while in public. Yet there hasn't been a good way to monitor whether—and among which groups—such practices are being followed.

Solomon and colleagues, including first author Steven Clipman, a PhD candidate in the Bloomberg School's Department of International Health, quickly accessed willing survey participants via a company that maintains a large nationwide pool of potential participants as a commercial service for market research. The 1,030 people included in the study were all living in Maryland, which has logged more than 113,000 SARS-CoV-2 confirmed cases and nearly 3,700 confirmed deaths, according to the Maryland Department of Health.

The researchers asked the survey participants questions about recent travel outside the home; their use of masks, social distancing, and related practices; and any confirmed infection with SARS-CoV-2 either recently or at all.

The results indicated that 55 (5.3%) of the 1,030 participants had tested positive for SARS-CoV-2 infection at any time, while 18 (1.7%) reported testing positive in the two weeks before they were surveyed.

The researchers found that when considering all the variables they could evaluate, spending more time in public places was strongly associated with having a history of SARS-CoV-2 infection. For example, an infection history was about 4.3 times more common among participants who stated that they had used public transportation more than three times in the prior two weeks, compared to participants who stated they had never used public transportation in the two-week period.

An initial, relatively simple analysis linked many other variables to SARS-CoV-2 infection history, including being Black or Hispanic. But a more sophisticated, "multivariable" analysis suggested that many of these apparent links were largely due to differences in movement and social distancing.

"When we adjusted for other variables such as social distancing practices, a lot of those simple associations went away, which provides evidence that social distancing is an effective measure for reducing SARS-CoV-2 transmission," Clipman says.

The data indicated a greater adoption of social distancing practices among some groups who are especially vulnerable to serious COVID-19 illness, suggesting that they were relatively aware of their vulnerability. For example, 81% of over-65 participants reported always practicing social distancing at outdoor activities, while only 58% of 18-24 year olds did so.

The results are consistent with the general public health message that mask-wearing, social distancing, and limiting travel whenever possible reduce SARS-CoV-2 transmission. The researchers suggest, though, that studies such as these, employing similarly rapid surveys of targeted groups, could also become useful tools for predicting where and among which groups infectious diseases will spread most quickly.

"We did this study in Maryland in June, and it showed among other things that younger people in the state were less likely to reduce their infection risk with social distancing—and a month later a large proportion of the SARS-CoV-2 infections detected in Maryland were among younger people," says Solomon. "So, it points to the possibility of using these quick, inexpensive surveys to predict where outbreaks are going to happen based on behaviors, and then mobilizing public health resources accordingly."

Solomon and his team are now conducting similar surveys in other states and are studying the surveys' potential as predictive epidemiological tools. 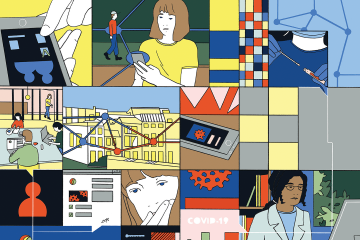 Published Sept 9, 2020
Digital tools offer promise and prompt ethical dilemmas during the COVID-19 pandemic, launching a complex new future for public health surveillance. Are we ready for it? 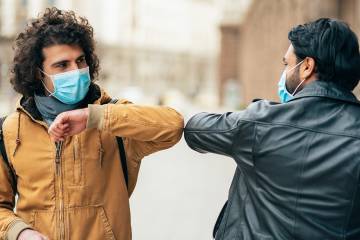 Talking to friends, family, kids, and coworkers about COVID-19 safety

Published Aug 27, 2020
Experts provide practical tips for navigating the tricky social interactions that may arise during the coronavirus pandemic