He spent 55 years on the faculty at the Bloomberg School of Public Health, co-edited the field-defining book 'Genetic Issues in Public Health and Medicine'

Pien-Chien "P.C." Huang, an expert on stress-inducible genes who served on the faculty of the Johns Hopkins Bloomberg School of Public Health for 55 years, died Aug. 3. He was 89.

Huang, a professor of biochemistry and molecular biology known for his buoyant personality, charmed students and colleagues alike. 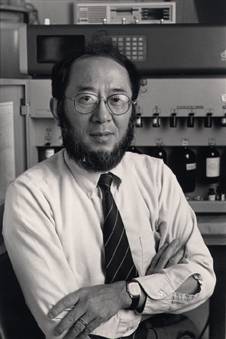 "Every interaction with him made me smile," said Ashani Weeraratna, chair of the Department of Biochemistry and Molecular Biology. "Every email he sent was pure poetry, and his brilliance and kindness shone through everything he did,"

Huang studied the metallothionein family of proteins, which bind transition metals and are thought to regulate metal homeostasis and detoxification in the body. These proteins play important roles in carcinogenesis.

At Virginia Tech, he met another Chinese student, Ru Chih Chow. On their graduation day in 1956, the couple married in the university president's office, with just the president and two witnesses, since they knew no one else in the U.S.

P.C. and Ru Chih, both geneticists, had tandem academic careers: They completed PhDs at Ohio State and postdoctoral fellowships at the California Institute of Technology before joining the Johns Hopkins faculty in 1965. Ru Chih was appointed to the Department of Biology at Homewood and P.C. to what was then the Department of Biochemistry.

Roger McMacken, the late chair of the Department of Biochemistry and Molecular Biology, once described Huang as a "hotshot" who wowed his colleagues in his first decade at Hopkins with seminal papers on DNA analysis and replication, use of plant model systems, and DNA interactions and chromatin structure. Former department chair Pierre Coulombe observed, "The depth, the breadth, and the quality of the work P.C. was doing is just sort of mind-boggling."

Huang authored more than 170 peer-reviewed articles and edited or co-edited six books. With colleagues Abraham M. Lilienfeld and Bernice H. Cohen, he co-edited the field-defining 1978 text Genetic Issues in Public Health and Medicine. The book gave medical and government decision-makers the first overview of the impact of genetics on social, political, legal, economic, and ethical questions.

During the 2003 SARS outbreak, Huang guided Taiwanese students at the Bloomberg School in devising a novel preventive protocol that involved temperature monitoring and achieved an 82% participation rate among the populace.

Rarely without a student in his office, Huang was renowned across Hopkins for his mentoring and teaching skills. Madhura Shah, a Hopkins neuroscience alumna, credited him with teaching "the most unique class at Hopkins, using his uncanny intuition for predicting future Nobel laureates to bring undergrads face to face with them across dinner." 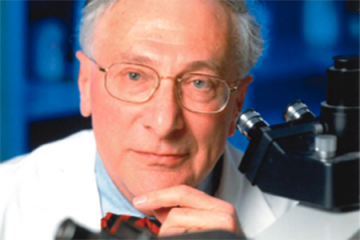 Published Aug 4, 2020
The longtime Johns Hopkins faculty member, known as the father of autoimmune disease research, held appointments in the schools of Medicine and Public Health