Dubbed the 'anomalous anomalous Hall effect,' the phenomenon has been observed in an experimental material and is theorized to occur when material particles 'remember' previous forms and behaviors 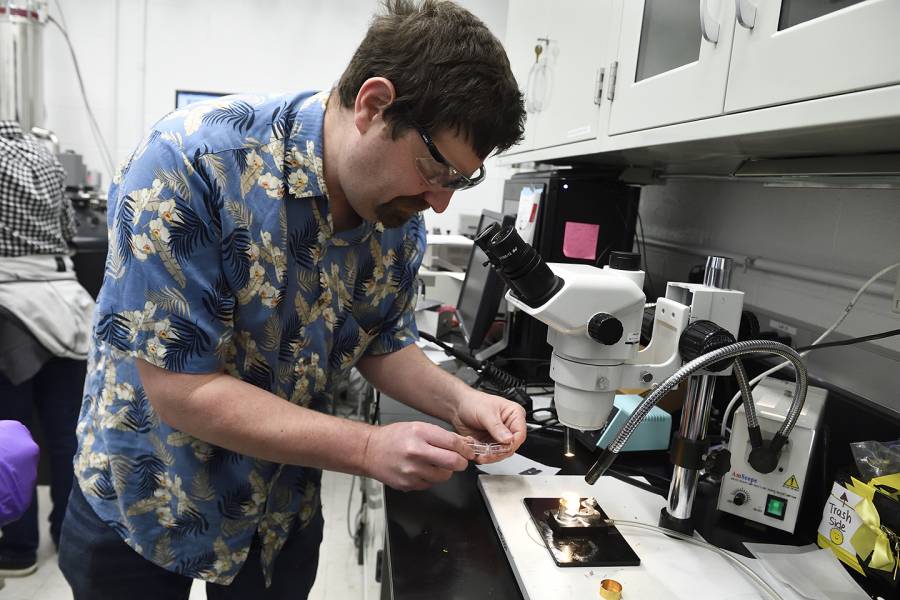 What happens when you try to create an elusive material and end up discovering a theoretically impossible phenomenon in the process? You publish your findings in Science Advances, and then continue with your research.

The discovery traces its roots to 140-year-old research conducted at Hopkins, says Tyrel M. McQueen, professor in the Krieger School's departments of Chemistry and Physics and Astronomy, with a joint appointment in the Whiting School's Department of Materials Science and Engineering. Hopkins physicist Edwin Hall discovered the now-familiar Hall effect, a tool for measuring the strength of electromagnetic fields. It is the mechanism behind billions of sensors worldwide in devices ranging from cars to phones to beverage dispensers and occurs when an electric current is deflected from its path by a magnetic field. Hall later described the so-called anomalous Hall effect, which occurs when an electric current is deflected from its path in the absence of a magnetic force, because the conducting material itself is magnetic.

A paper of the new findings, published July 31, describes the journey McQueen and his collaborators took to unearth yet another member of the Hall effect family. For years, scientists—including many at Hopkins' Institute for Quantum Matter—have been trying to create a particular type of quantum spin liquid, a phase of matter that is neither solid, liquid, nor gas, and that features certain magnetic properties. While testing one of the materials they were auditioning for that role—with the memorable name of KV3Sb5—McQueen and the others noticed something unhelpful to their search, but highly unusual: This material was not magnetic, but it produced a powerful Hall effect. They dubbed the phenomenon the anomalous anomalous Hall effect.

"It opens up the bizarre possibility of having a material where you try to send electrons forward, and they actually bend sideways. It's the electronic equivalent of a right angle."
Tyrel McQueen
Chemist, physicist, and materials engineer

In the original Hall effect, when electrons within a metal are bent forward, they veer to the right or left, McQueen explains. With KV3Sb5, he and his collaborators found that not only did this non-magnetic material also show this swivel reaction, but it showed it to a far greater degree.

"It opens up the bizarre possibility of having a material where you try to send electrons forward, and they actually bend sideways," McQueen says. "It's the electronic equivalent of a right angle." Eventually, the effect might enable new sensors and other devices.

When McQueen tries to explain the discovery to his family, he describes KV3Sb5 as a new kind of electronic material. He and his collaborators theorize that when they transformed the quantum spin liquid into a metal, its particles "remembered" their original form, allowing them to act magnetically although no magnetism was detectable. "It's a sort of magnetic effect though a non-traditional kind of magnetism," he says.

McQueen, who himself resides at the intersection of several research disciplines, proudly notes that the finding is the result of two graduate students venturing outside their own domains. Jennifer Morey, a 2018 PhD graduate and a former member of McQueen's lab, met Brenden Ortiz, who was studying at the Colorado School of Mines, at a summer program on materials growth and design. Engineer Ortiz told chemist Morey about his attempts to produce a thermoelectric material. When Morey learned some of the properties of the material Ortiz had tried using, she recognized that it just might be the answer to the quest her lab had been on to develop that particular quantum spin liquid. Ortiz shipped samples of KV3Sb5 to Morey, who began to measure and characterize it. McQueen shared the results with Mazhar Ali, a colleague at the Max Plank Institute of Microstructure Physics in Halle, Germany, and an international team formed to coax the desired quantum spin liquid out of it. After extensive device-building and data collection at MPI-Halle and six months of conference calls analyzing their data, the team determined they hadn't found what they were looking for.

"But is there anything else remarkable?" McQueen says they asked themselves. "Oh yeah, it's remarkable. It was bigger than we ever anticipated." 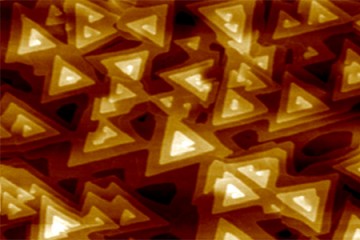 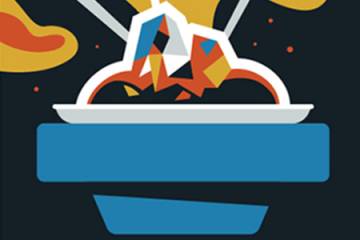