Engineer Peter DeCarlo discusses evidence of airborne transmission, particle behavior, risks, and why he added his name to an open letter urging WHO to revise their guidance 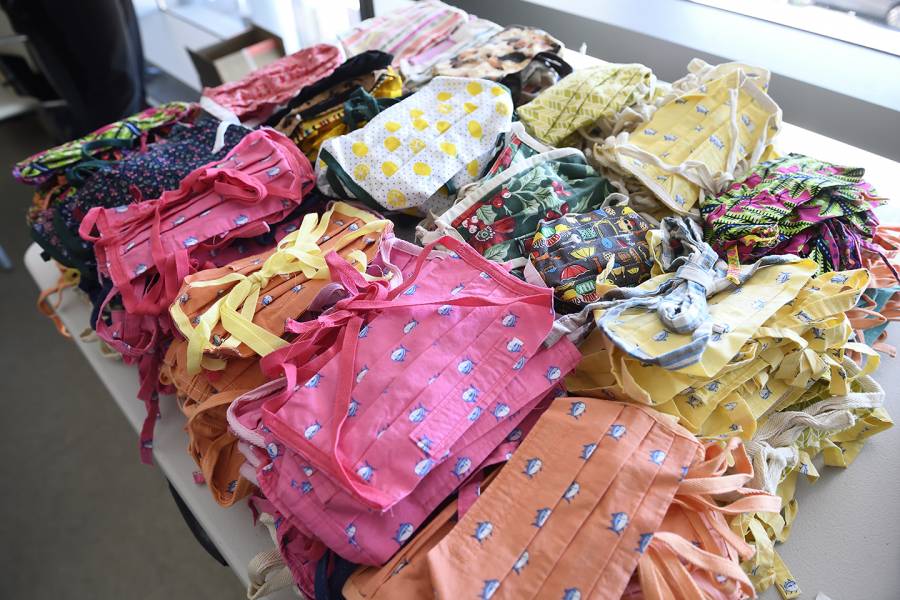 The World Health Organization issued revised language last week regarding whether the coronavirus can be transmitted through the air. The move came after a group of 239 scientists—including Johns Hopkins engineer Peter DeCarlo—signed an open letter to the transnational organization urging it to consider emerging evidence that the virus can be considered airborne and to adjust its guidance accordingly.

Previously, the WHO maintained that the virus spread primarily through droplets, which typically fall to the ground before spreading as far as six feet. But mounting evidence indicates a far more complex transmission pathway. First, there was a small outbreak in China after an air conditioner in a restaurant apparently blew virus-laden air across tables, infecting patrons despite the physical distance they maintained within the eatery. Then there was an outbreak among members of a choir in Washington state, where 32 confirmed and 20 probable secondary cases of coronavirus were detected after 61 members of the group were exposed to one symptomatic person during a practice.

Now, the WHO officially states that "aerosol transmission, particularly in these indoor locations where there are crowded and inadequately ventilated spaces where infected persons spend long periods of time with others, cannot be ruled out." The organization goes on to recommend more studies on the issue are urgently needed.

For more insights into the evidence supporting airborne transmission and how virus particles behave in the air, the Hub reached out to DeCarlo, who is an associate professor in the Department of Environmental Health and Engineering and an expert in atmospheric aerosols. Ultimately, he said, "if we want to get this pandemic under control, we need to realize all the different potential transmission pathways and take steps to minimize all of them to reduce risk of exposure."

He discussed how long particles of different sizes can stay aloft in the air, why he added his name to the open letter to WHO, and how people can lower their risk of contracting the virus.

What made you add your name to the list of scientists urging WHO to reconsider their stance?

The signatories were scientists who urged WHO to reconsider their stance on airborne transmission of COVID-19. It pointed to a lot of the cases that have come up—the choir cases, cases in restaurants, and things like that—which would imply that the airborne route is a potential way in which COVID-19 had been transmitted among the people in those spaces. The evidence out there is consistent with basic physics of how we know that aerosol particles—and really particles in general—are transported indoors. So many of the people who signed the letter are experts in the field of aerosol and particle science.

"Once this type of transmission is acknowledged, we can start to take the appropriate steps to protect against these airborne routes..."
Peter DeCarlo

We're facing a global pandemic and the preeminent world body associated with making assessments to protect people's health seems to be overlooking a pretty major trend, especially for these super-spreading events. I felt it was important to add my name to the list of people who are also urging them to acknowledge that this is an important infection route. Once this type of transmission is acknowledged, we can start to take the appropriate steps to protect against these airborne routes, and I think ultimately if we want to get this pandemic under control, we need to realize all the different potential transmission pathways and take steps to minimize all of them to reduce risk of exposure.

You study tiny, tiny particles and their behaviors in the air. What is the smallest particle that can contain infective virus?

Oh, that's a great question. My understanding—and I'm taking most of my knowledge from conversations I've had with Linsey Marr, a colleague of mine at Virginia Tech, on Twitter and other places—is that the coronavirus itself is on the order of a few hundred nanometers in diameter, but you would seldom, if ever, find a naked virus just by itself in the air. Someone who is breathing out particles containing the virus, those particles also contain respiratory fluids, phlegm, proteins, salts that are in our saliva, and things like that. And so ultimately, what seems to be reasonable in terms of size that could contain infectious coronavirus are particles that are in the one micron, or 1,000 to 2,000 nanometer, size range. And so those particles are bigger than the coronavirus by itself. For scale reference, a strand of hair is somewhere between 70 and 100 micrometers in diameter. I'm talking about things that are on the order of one hundred times smaller.

How long can something that small stay airborne?

It depends on a lot of factors. So we talk about the settling velocity of particles, and that is the speed at which a particle would fall in completely still air. So, if you have a particle, the air is completely still, what is the speed at which it goes to the ground? And that is essentially gravity driven. So these particles have a weight associated with them, and that determines how fast they go. Now, what resists that motion is the drag force on the particle—air molecules hitting that particle and slowing it down. So it's a balance of those two forces.

So the larger the particle, the faster it will fall because it has more weight associated with it. Visible droplets—you know, you can kind of see a sneeze—those will fall very quickly. They won't get very far. And that was the whole genesis of the six foot rule, that particles of that size, a hundred micrometers and larger, fall out of the air quickly (about 10 inches per second) because they have enough mass associated with them. When they're one micrometer in size—and here we're talking about diameter, so it's not that they weigh a hundred or a thousand times less, they weigh that to the third power less—it takes two hours in still air to fall 10 inches, so they stay suspended.

Essentially, anything around the one micron to two micron range is going to be carried by air currents. And so the reality is in an indoor space, when you have ventilation or other things, the air is not still, and so those particles will travel with the air. They don't fall fast enough to be lost quickly. But you have dilution—particles moving around the room and diluting as they contact the rest of the air. What constitutes an infectious dose—how much someone has to inhale of the infectious virus in order to become infected—is an open question. But the longer you're in the room with someone who's infected, potentially the more exposure you get and the more likely it is that you could become infected.

I really like using a smoking analogy here, because I think it really underscores the issue, in terms of dose and how much exposure you get indoors versus outdoors. You know, if you're in a room with someone smoking, you're going to smell that secondhand smoke with every single breath you take. If you're smelling that, it means you're breathing what they exhale. If you're outside and someone smoking, you might get a whiff of it at some point. And depending on how far away they are, you might smell it a couple of times, but it's not as much because it's not a closed environment. And so setting—indoors vs outdoors—makes a huge difference.

If that's the case, should we all be wearing N95 masks, depending on availability?

I mean, for maximum protection and if there were no shortage of N95 masks, obviously that's probably the best route. But in the absence of that availability, any mask is going to be better than no mask.

What about the six-foot distance rule—is that effective?

That's a bit of a loaded question. I think the rule is based on droplet transmission—and when I say droplet, I mean a sneeze and cough. And that's a major route of transmission. But it's not going to be as protective against particles that stick around in the air a lot longer. Six feet is not a sufficient distance to protect against smaller particles, necessarily. That being said, it's certainly better than not having any distance. Some places have suggested three-foot distance when they reopened, which upset some people. But again, it matters whether the setting is indoors or outdoors. Six feet outdoors is probably a lot safer than six feet indoors.

What it all comes down to, I think, is finding ways to reduce risk. There's no way that you can say, 10 feet is zero risk. It's not—there's still risk associated with 10 feet. Now, it's probably safer than six feet, but how much safer is an open question. I think it's going to be impossible to get to a situation where you have zero risk, unless you're in a completely sealed room away from everyone else, and that's not feasible. So we have to think about what's practical, what can work, and how much we want to mitigate risks. 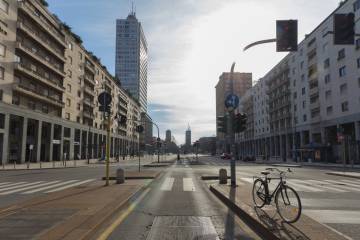 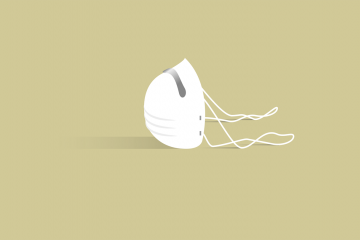 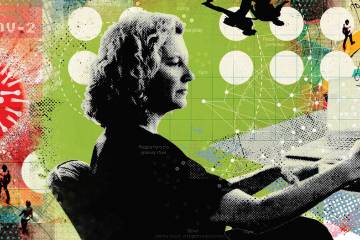 Published July 14, 2020
One COVID-19 patient could lead to thousands of new cases. Contact tracers use calls, texts, and personal persuasion to prevent that from happening.