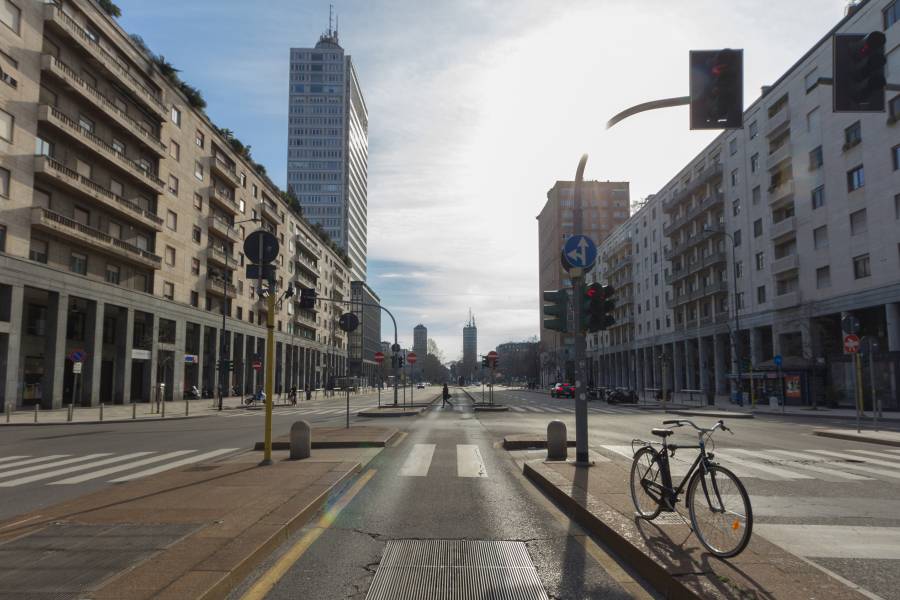 Image caption: Victor Pisani Street in Milan, which has been locked down to prevent the spread of the coronavirus.

How will reduced activity affect air quality and the environment?

Peter DeCarlo, an expert on atmospheric air pollution at Johns Hopkins, discusses whether reduced human movement and industrial activity during the COVID-19 pandemic will have a lasting impact

The ongoing COVID-19 pandemic has sent millions of people around the world indoors as they seek to limit their exposure to the highly contagious virus. Those behavioral changes and containment efforts, mandatory in some places, have had a dramatic and sudden effect on the planet, as well.

The strong drop in pollution across Italy, Spain, and France amid the #COVID19 lockdown is visible in @esa data from the Copernicus Sentinel-5P satellite. The drop in nitrogen dioxide concentrations coincides with the strict quarantine measures in each country. pic.twitter.com/X0rVWdLwdy

Environmentally speaking, the Earth has become a very different place since COVID-19 began to spread. But are these changes to human behavior likely to have a lasting, meaningful impact? Will they slow the effects of climate change? For help understanding these and other questions, the Hub reached out to Peter DeCarlo, an associate professor in the Department of Environmental Health and Engineering at Johns Hopkins.

What are some of the more harmful pollutants you study, and where are they concentrated? Are they in certain regions of the world?

In the U.S., we classically focus on PM 2.5 and Ozone. PM 2.5 is particulate matter that's smaller than 2.5 microns in diameter. For reference, your hair is about 80-100 microns in diameter, so we're talking about things that are pretty small. Those are the two kinds of pollutants that we focus on and are the ones that are most detrimental to health. Of those two, particulate matter is the one that is responsible for more deaths annually, but both are bad for health and both are things we try to avoid breathing.

These pollutants occur in all parts of the world. We hear about it in the news as occurring in Asia. India and China certainly have air quality problems. But we've also recognized that places like Africa have a lot of problems, although there hasn't been the same amount of monitoring that we have in other areas. There are people who are working actively to try and get more information on that, but the preliminary data that's out there suggests that this is a significant problem in Africa.

We've been working on air quality issues in the U.S. for a very long time. The Clean Air Act started in 1970 and put us on the modern path. So we've essentially had 50 years of effort in trying to improve air quality in the U.S. and we've done a fairly good job—it has improved consistently over time. Particulate matter levels are down. Ozone levels are down. But there still can be problems, especially in urban areas where we have the highest concentrations of these pollutants because we have the most activity, the most people, the most cars, and the most industry in these urban areas.

There have been reports and some satellite imagery indicating less pollution and lowered concentration of nitrogen dioxide since the coronavirus pandemic began. Is that borne out in any studies or any of your research?

I don't think we can attribute that to social distancing exclusively. Meteorological aspects are important to consider here too. Bottom line, we know there are fewer emissions, so the air that we're breathing outside is going to be cleaner than it would otherwise be. In China and Italy, the two places that were hit the hardest by the virus early on, they also shut down industrial areas. And so we've been seeing decreases in NO2 (nitrogen dioxide) there from the satellite measurements. When you shut down the industrial centers that generate a lot of that type of pollutant, you'll see drops in those concentrations pretty quickly.

In the U.S., where social distancing and stay-at-home measures are becoming more common, we've certainly seen fewer cars on the road, meaning fewer emissions from cars and lower concentrations of traffic-related pollutants than we'd otherwise see. Looking at PM 2.5 data from the February through April period from 2014 to 2020, we're seeing really low concentrations of pollutants, but they're not concentrations we haven't seen previously. Pollutant concentrations are strongly governed by meteorology—how winds move things around, how sunny it is, and if it's raining or not raining.

But one other thing to consider: I don't know if you've been outside or if you've walked around at all. I have two little kids, and I cannot keep them inside all day. We do a couple laps around our neighborhood on scooters—appropriately socially distancing for everyone—but I have been smelling an awful lot of wood smoke when I go outside. And that is not good for air quality. I can understand people are home, they're cooped up and they probably want to light a fire, but that's something that's going to be detrimental to our overall air quality.

So, certainly with fewer cars on the road, we're seeing improvement from decreased emissions, but if more people are lighting fires in their home to pass the time, then that's going to offset some of those gains.

Is it premature to say social distancing may have a positive impact on climate change?

Well, we've been talking about air quality, and climate change is a slightly different issue. Carbon dioxide is not classically considered an air pollutant, but it's one of the main drivers for climate change. With fewer cars on the road, there will be fewer emissions of CO2 from traffic, similar to their being fewer emissions of particulate matter. Compared to our normal lives, we'll have lower CO2 emissions while we're all working from home and basically not driving very often. And that's good for the short term. But how that translates into future gains is kind of an open question. A one- or two-month drop in emissions, for something that has a 100-year lifetime in the atmosphere, is probably not going to change things all that much.

Instead, it gives us a window into what we could potentially do to mitigate climate change going forward. You know, with everyone working from home right now, are companies going to be more open to work-from-home policies moving forward? Maybe this situation inspires us to develop better policies for working from home in the future, which would mean less commuting, less traffic. Or maybe people want to bike more after this experience. You don't know what kind of behaviors are going to come from this experience.

Of course, I have a hard time saying air pollution reductions are a silver lining of the pandemic. I'd like to have us learn from our collective experience ways to improve air quality without the context of a global pandemic and all the issues associated with that.

If you could create a public service announcement about the pandemic from the point of view of your research, what would you want more people to know?

First and foremost, everyone should listen to the advice of health professionals. But I can also share a few tips about what I'm trying to do to limit my own exposure, informed by what I know about particles and the way they move in the air. I think the most important thing is to limit your exposure to potential carriers by minimizing the time spent in shared indoor environments. If you think about an indoor space, you're in air that's trapped—it's not blowing with the wind. So if you're sharing an indoor space such as the grocery store with someone who is a carrier and may be asymptomatic, they're adding virus to the air in that environment continuously.

Even if you are 6 feet away from a person outdoors and you walk past them, they're not continually adding to the air that you're breathing. And even in a city, there's plenty of space and there's a lot more dilution going on outdoors than there is indoors. These stay-at-home orders are important, but for me with two little children at home, we need to get outside every day so they can burn off some energy. 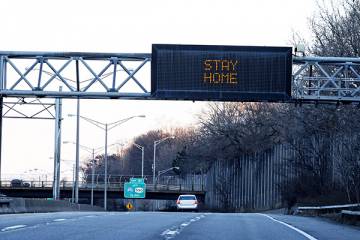 U.S. hasn't 'found the edges of the outbreak'

Published April 10, 2020
Caitlin Rivers from the Center for Health Security discusses how well interventions are working to slow the spread of COVID-19 and what the road ahead looks like in the U.S. 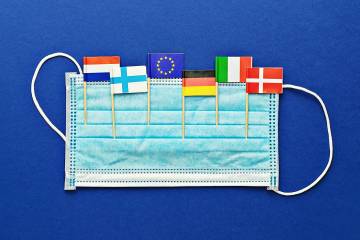 COVID-19 and a splintered European Union