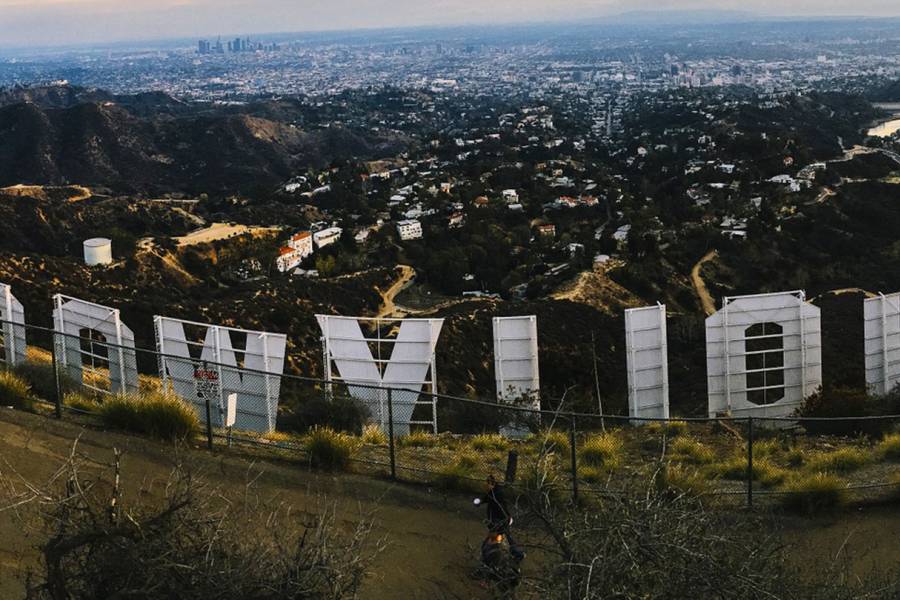 How to make it in a Hollywood on hiatus

Writer, director, and producer Emma Needell knows from experience that getting into the entrainment industry under any circumstances isn't easy. With the physical distancing measures necessitated by the COVID-19 pandemic, those long odds can feel even more remote to young people hoping to catch their big breaks.

Needell, a 2012 Johns Hopkins graduate, logged her share of entry-level gigs and unpaid internships before finding career traction, and those traditional pathways just aren't as accessible to young professionals at the moment.

To assist current film and media students and recent alumni who have their sights set on Hollywood, Needell kicks off a six-week Zoom conversation series about the current state of the entertainment industry on July 9 at 4 p.m. EST. Registration is required.

"I want to engage students on a path to traditional Hollywood to know what you could and should do in order to get started," Needell says, speaking by phone from Colorado, where she's been working remotely. "If your dream job is to be a producer or an actor or a writer, what does that looks like? This series is also going to dive into how you can be a self-starter and get noticed, even during a pandemic." 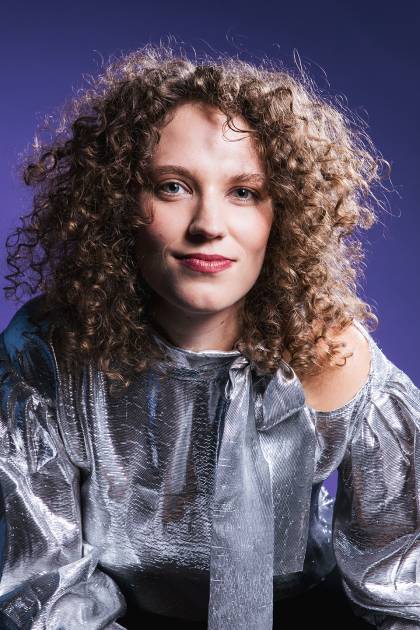 This week's conversation features Sam White, an award-winning producer and media executive who specializes in content development and deal-making. White has worked on entertainment's buy and sell sides, packaging projects with Migos, actor/filmmaker Peter Berg's Film 45 production company, Keith Urban, Carrie Underwood, and La La Land. Needell co-hosts the series with her fiancé Jake Sally, an Emmy-nominated producer who has worked on projects with Disney, TIME, the United Nations, Verizon, and Universal Pictures. The series is presented by Johns Hopkins University's Life Design Lab at Homewood and the Program in Film and Media Studies, in collaboration with Evil Monster Dog, Inc.

The Hub caught up with Needell to talk about the conversation series, breaking into Hollywood, and what's going on with her own film projects.

What made you want to start this series and have these conversations right now?

I graduated early, after fall semester 2011, and I moved out to Los Angeles in February. I didn't know a soul and I figured, "Oh, I'll work any internship, any job, anything I can do to get my foot in the door." I stumbled along the way but overall that worked. I ended up hopping and jumping to different jobs and eventually got my break as an assistant to two screenwriters, which was a bit of a game changer in terms of me getting into the industry.

The problem now is you can't just go out and find a job or an internship—at least, not in person. Plus, it's more competitive now because even industry veterans are scrambling to find work. And all the advice I typically give to students and young alumni looking to get their foot in the door, that won't work in a pandemic. And that can be a really scary thing.

If I were a young alum right now facing the prospect of trying to make it in a very difficult industry coupled with this pandemic, I would be so frustrated, looking for any kind of lifeline. I wanted to do my part to try to open a few doors, to try to share both my knowledge but also my friends' and colleagues' knowledge about how they got their start and offer a roadmap on the state of the entertainment industry right now.

From your own perspective, what is going on right now? Production in some places halted, people stuck at home are guzzling content, but I imagine producers are still looking for what's next.

In terms of development—selling pitches, writing screenplays or teleplays for television, and stuff like that—that is all happening, full steam ahead. That may change of course, but for now buyers are still looking for new content. In terms of production, I know there are a few projects in Europe or Canada that are set to go with American studios backing them, but by and large production has stopped. The only exception is animation. I'm hoping to bring one of my friends to one of these conversations who is a showrunner for an animated TV show. I think her perspective as a showrunner in animation would be really, really valuable.

Riding a dream from Hopkins to Hollywood

Hollywood is full of freelancers—grips and electricians and camera operators who work job to job. Many of these jobs are not salaried gigs. So if production stops, all these very talented, very hardworking freelancers are out of their jobs, so everyone's trying to figure it out right now. One thing I will say, and this is something I definitely want to touch on in these conversations, is there has never been a better time to be stuck at home while still being able to produce content. Phones now are better than professional DSLR cameras were 20 years ago. If you're creative enough and if you're gung-ho enough to write, direct, and edit your own content and upload it to YouTube or Twitter or Instagram, you can actually start getting some attention. That might be a good way to get your foot in the door, even if you're stuck at home.

Who else are you going to talk to in the coming weeks?

One of my friends is an agent at a major talent agency, and he's going to talk about how he got his start, but he's also going to talk about what an agency looks for in up-and-coming talent. I think that will be helpful for students and young alumni to hear—they can start thinking about, "What skills do I have as a director, writer, or editor and how can I put that out there?" with an understanding of what agents look for. I mentioned my friend who is a showrunner for an animated series.

And our final week we'll be talking to a digital creator who, as a senior in college, was creating AR (augmented reality) content that ended up going to the Tribeca Film Festival and the Sundance Film Festival. He was able to create a career for himself as the CEO of his own company right out of college. I think he will be especially good for students to hear from. Again, with your laptop you can start making content that catches the attention of industry professionals. And that's part of the series—a little bit of a roadmap to traditional Hollywood, but also hearing from really inspiring people who can talk to being a self-starter, even right now.

Have you started any new projects during this pandemic season?

I've been very fortunate, I had a few jobs that I entered the COVID-19 shutdown with—writing is something you can do in isolation. In fact, it's probably better. [Laughs.] I also wrote a project that uses virtual production technology—it would use game-engine software to pull off. You could essentially work with a skeleton crew to create this film. I have been bit by the bug of "How can you do production safely in our COVID-19 times," and this project is an attempt to figure out how to do scaled-down production without compromising the scope of the creative vision.

Finally, what's going on with some of your projects? Is The Water Man still in post-production? Can you offer any updates on the Netflix project with animator Patrick Osbourne? Or that prison break musical?

The Water Man is done with post production and it's been submitted to some film festivals. We're still waiting to hear back, and film festivals themselves are still trying to figure out if they're going to have a physical film festival or if it will be virtual. Cannes, for instance, went completely virtual. It's going to be interesting, but the accolades of a film festival are still awesome, no matter if our team can be there in person or not. We should hear back from them by the end of the summer. And the prison break musical, it looks like it has all of its financing and distribution but is waiting for the green light to go into production. That's very exciting, and I'm sure all the producers are actively trying to figure out how to do it in a safe way.

Patrick Osborne is working on another big animated feature right now, so that one's on ice, but I am working on another Netflix project, which I'm very excited about. I can't talk about it just yet, but it's a dream project come true. 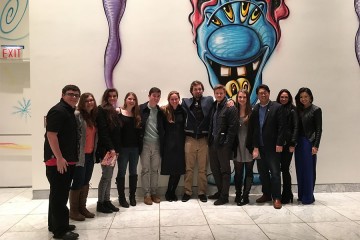