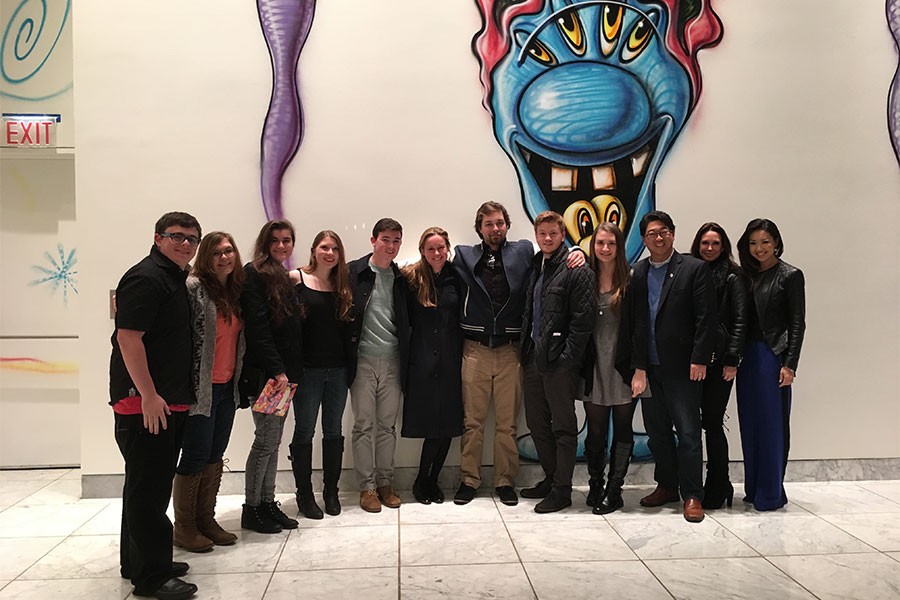 In the thriving film community that is Baltimore—home to the Maryland Film Festival, House of Cards, and (until recently) Veep—undergraduate students in Johns Hopkins University's Program in Film and Media Studies learn film theory, attend screenings, write scripts, and make their own movies.

But for many program participants, life after graduation means relocating to southern California and taking up residence in the entertainment capital of the world, where they begin to climb the Hollywood ladder. The thought of breaking into the business from across the country can be quite daunting, even bewildering, says Linda DeLibero, director of JHU's film program.

"We have a great film program," senior Dael Norwitz said. "But there's only so much you can learn about a business without actually being a part of that business."

DeLibero wants to help her students get in on the ground floor. Those who joined her on a recent trip to Los Angeles—which featured behind-the-scenes studio tours and meetings with award-winning actresses and screenwriters—have a leg up. Thanks to this five-day crash course, part of the JHU's annual Intersession offerings, her students now see that making it in L.A. is eminently doable, DeLibero says.

The whirlwind week began on the back lots of Warner Bros. Studios, where the group of eight students roamed the fictional halls and classrooms of Rosewood High School (of Pretty Little Liars fame) and toured the geeked-out apartment that is home to Sheldon Cooper on The Big Bang Theory. With little time to spare, the group headed back to their Airbnb accommodation where they hosted a few L.A.-based young Hopkins alums—among them 2012 graduate Emma Needell, whose latest screenplay, The Water Man, is set to be produced by Disney and Oprah Winfrey's Harpo Films. Over bagels the next morning, the group hosted ​Steven J. Wolfe, co-producer of 500 Days of Summer.

"We got an idea of what we could do after school if we wanted to move to L.A," sophomore Juliana Veracka said.

The week continued with trips to the Sundance Institute, Sony, and a visit to Village Roadshow Pictures, the company that co-produced The Lego Movie and Mad Max: Fury Road, which was recently nominated for 10 Academy Awards. Television screenwriter Roger Wolfson invited the group to his home, where he talked about his writing process and showed students his workspace.

Later at Omelet, an L.A. advertising agency where JHU alum Don Kurz is CEO, the students—five sophomores and three seniors—mingled with nearly 75 Johns Hopkins alums who are working in the film industry. To conclude the trip, the group attended a screening of Room, starring Brie Larson, who recently won the Golden Globe for Best Actress in a Drama for the role and is nominated for an Academy Award for Best Actress. An hour into the film, they snuck out for a private meeting with Larson herself. Hopkins alum Art Yoon, executive vice president of FilmL.A., connected the group with the actress and others.

"Meeting these people was really transformative for the kids," DeLibero said. "To see and understand how the business works and to be immersed in it even for a week is an education that you can't get in the classroom."

One thing the group members learned, they said, was that having a Hopkins degree can be a huge advantage because it can help you stand out.

"We've been taught to work hard at Hopkins," Norwitz said. "The work ethic that the professors have hammered into us over our Hopkins career will help, and what we learned on this trip is that is what they're really looking for."

Veracka, who had just declared as a Film and Media Studies major before learning about the trip, was already following up with a number of connections upon her return to Baltimore. 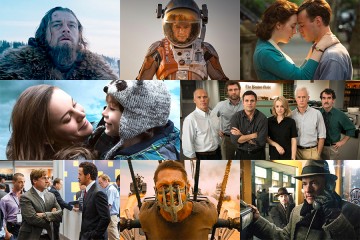 Published Jan 14, 2016
Program in Film and Media Studies director on who will win, who got snubbed