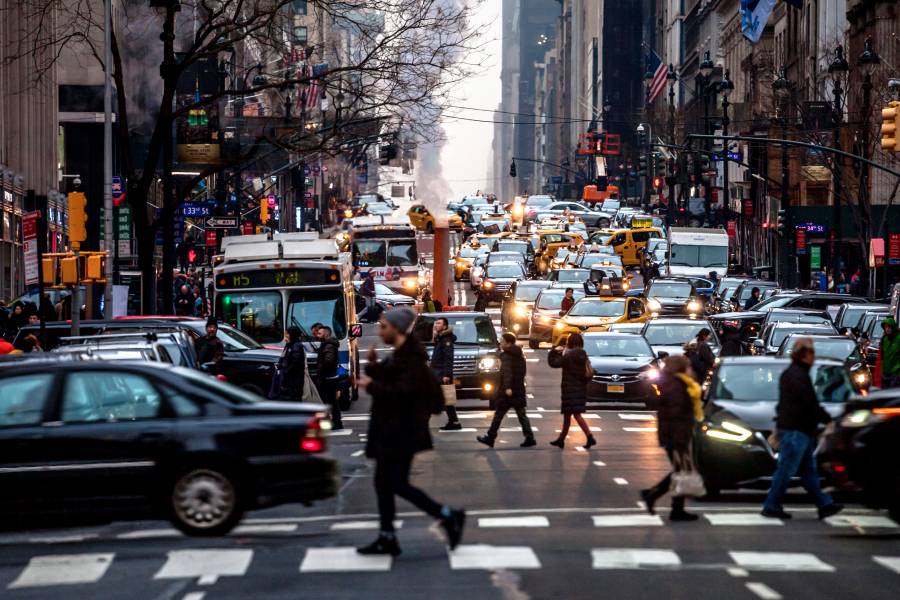 A new study suggests that denser places, assumed by many to be more conducive to the spread of the coronavirus that causes COVID-19, are not linked to higher infection rates. In fact, the study showed, dense areas were associated with lower COVID-19 death rates.

The study was published online June 18 in the Journal of the American Planning Association.

For their analysis, the researchers examined SARS-CoV-2 infection rates and COVID-19 death rates in 913 metropolitan counties in the U.S. When other factors such as race and education were taken into account, the authors found that county density was not significantly associated with county infection rate. The authors also found that denser counties, as compared to more sprawling ones, tended to have lower death rates—possibly because they were more likely to have a higher level of development, including better health care systems.

On the other hand, the authors found that higher coronavirus infection and COVID-19 mortality rates in counties are more related to the larger context of metropolitan size in which counties are located. Large metropolitan areas with a higher number of counties tightly linked together through economic, social, and commuting relationships are the most vulnerable to the pandemic outbreaks, data showed.

"These findings suggest that urban planners should continue to practice and advocate for compact places rather than sprawling ones, due to the myriad well-established benefits of the former, including health benefits," says study lead author Shima Hamidi, an assistant professor in the Department of Environmental Health and Engineering at the Bloomberg School.

Recent polls suggest that many Americans now consider an exodus from big cities likely, possibly due to the belief that more density equals more infection risk. Some government officials have posited that urban density is linked to the transmissibility of the virus. This study proves otherwise.

Hamidi, whose research background is in urban planning and architecture, and her colleagues, doctoral student Sadegh Sabouri and Reid Ewing from the University of Utah, examined data from January 20 through May 25 on 913 metropolitan U.S. counties using an approach known as Structural Equation Modeling and taking into account factors such as population size; education levels; demographic variables including age and race; and health care infrastructure such as ICU bed capacity.

The researchers determined from this analysis that, when controlling for other factors, a measure of density that they termed the "activity density"—which takes into account both residents and workers in a given area—did not have a significant association with SARS-CoV-2 infection rates. Higher activity density did, however, have a significant association with COVID-19 death rates, but an unexpected one.

"The fact that density is unrelated to confirmed virus infection rates and inversely related to confirmed COVID-19 death rates is important, unexpected, and profound," says Hamidi. "It counters a narrative that, absent data and analysis, would challenge the foundation of modern cities and could lead to a population shift from urban centers to suburban and exurban areas."

The analysis found that after controlling for factors such as metropolitan size, education, race, and age, doubling the activity density was associated with an 11.3 percent lower death rate. The authors say that this is possibly due to a faster and more widespread adoption of social distancing practices and better quality of health care in areas of denser population.

The researchers have been updating the data as the pandemic progresses, and are finding that the associations they have uncovered are becoming even stronger, Hamidi says. The team is also conducting a longitudinal study that tracks the relationships among density, the county-level SARS-CoV-2 infection and mortality rates, and explanatory factors as they change over time, and have found consistent results regarding the inverse relationship between density and the COVID-19 mortality rate. 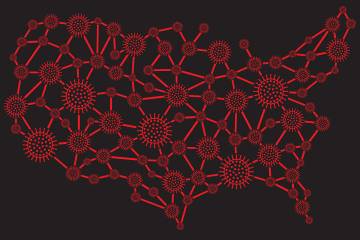 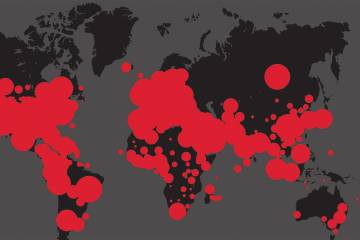