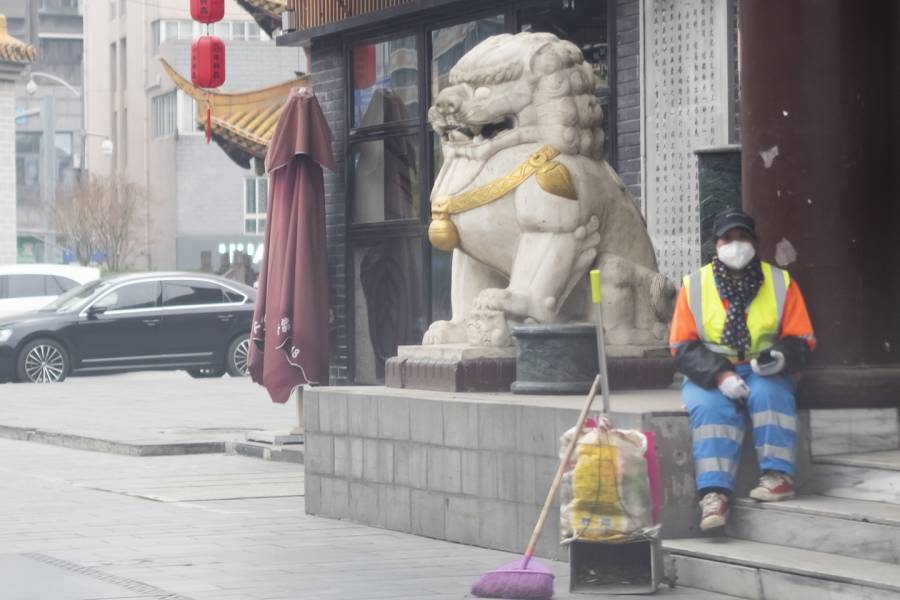 How the coronavirus has been handled in South Korea, Taiwan, China, Singapore, and Japan are a reflection of key capabilities in some countries, erosion of civil liberties in others

Several countries in East Asia have mounted responses to the coronavirus pandemic that have led to fewer cases and fewer deaths as compared to western nations. To understand more about why these countries' responses have been so effective overall, the Hub reached out to Kent Calder, a professor and vice dean for faculty affairs and international research cooperation at the Johns Hopkins School of Advanced International Studies. He is director of the Edwin O. Reischauer Center for East Asian Studies, which recently released a report on policy lessons from East Asia and the COVID-19 crisis. This conversation has been edited for length and clarity.

What contributes to the difference in COVID-19 response and outcomes in East Asia and the United States or Europe?

First, I think there are countries outside of East Asia, like Germany or Israel, that have proved exemplary in their response, and there are also countries within East Asia that have had inadequate responses. It's not simply a regional phenomenon. Yet societies like South Korea, Taiwan, Singapore, Japan, and China—despite controversial compromises with human rights, in some cases—have all been relatively successful in constraining the early advance of the virus.

Broadly speaking, we can identify some distinctive features in the responses of successful East Asian countries. The most striking is the use of digital tools. The successful countries have utilized such tools to coordinate tests results, to undertake contact tracing, and to implement digital quarantines. Location tracking to measure and enforce stay-at-home measures has been also employed in both South Korea and in China. These East Asian countries have likewise used innovative digital techniques to allocate scarce medical supplies. For instance, Taiwan has an application that helps balance face mask supply and demand throughout the island. Digitalization and the application of these digital tools at times intrudes on personal privacy, to be sure, yet also allows for significantly broader social openness during a pandemic than is possible in many western countries that are unable to avoid extensive lockdowns. It appears to be a socially favorable tradeoff between health and economic security.

How did prior pandemics shape the current response in East Asia?

East Asian countries have learned a lot from past pandemics, like SARS in 2003 and MERS in 2015. Those painful experiences sensitized them to the sudden and deadly dangers of pandemics, and the vital importance of a speedy and decisive response this year to COVID-19. MERS, for instance, compelled South Korea in 2015 to revise its infectious diseases laws, requiring more information disclosure to the public, and harmonizing important medical care and contingency planning policies. As a result of these legal and institutional changes, responsive to the MERS pandemic, together with its longstanding tradition of government-business cooperation, South Korea was prepared to move quickly and decisively against COVID-19. Within a week of its first confirmed infections, the Korean government had given five domestic firms the go-ahead to start production of emergency COVID-19 test kits. In a similar pattern of rapid, historically sensitive response, both Singapore and Hong Kong were quick to quarantine foreign visitors as COVID-19 began to spread, most likely due to their earlier experience with SARS.

Many of these countries also had strong medical supply bases before the pandemic started. They likewise geared up rapidly to meet crisis demand, and to provide for global markets that found themselves critically short of supplies. China alone today supplies around half of the PPE moving in international trade, together with a large volume of medicines, pharmaceutical reagents, and components for medical equipment. South Korea, with its rapid response as the global pandemic began, is currently the leading global producer of COVID-19 test kits and a leading supplier of testing reagents as well. Taiwan is the second-largest worldwide producer of face masks, following China.

What lessons can the U.S. learn from East Asian responses to the COVID-19 pandemic?

Looking ahead, it will be critical for the United States to strengthen its own supply-side capacities. Currently, medical supply chains are global, enormously complex, and potentially slow to supply any one nation's particular needs amidst a global pandemic, as we are painfully coming to understand. In the post-COVID-19 world, we will need to think seriously about creating simpler supply chains, closer to home, with a stronger domestic dimension. We have national petroleum stockpiles because energy is a national security issue, but this crisis is showing clearly that pandemics are a national security issue also.

Another lesson that the East Asian experience clearly teaches is the importance of pandemic contingency planning. Stockpiling medical resources and shortening supply chains is a start. In both South Korea and Japan, governments have also stepped in to incentivize production when the medical system has lacked essential supplies. Creating incentives for producers to plan ahead, respond quickly, and shorten medical supply chains can save lives in an emergency, and is hence a legitimate national security issue. Simply put, the East Asian cases suggest clearly that, in emergencies, there is a key potential role for government in jump-starting response, stimulating production, and facilitating supply. And there is also a role for government in planning ahead, while learning from the past, and respecting the dynamic creative potential that market forces ensure. 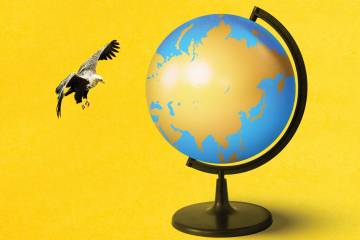 Adopting a more robust digital strategy could be a real advantage to the United States going forward. Singapore's digital contact tracing uses a special app, Trace Together, that can exchange Bluetooth signals with other phones in order to trace those who have tested positive, which can limit the scope of the outbreak. On the supply side, I should stress this: Stimulus packages address not only short-term welfare, but also assist preparations for future outbreaks. The United States also needs to be systematic in searching for lessons to be learned, and in preparing for the changed economy that will emerge in the post-coronavirus world.

How might COVID-19 shape the role of East Asian countries in the future of international relations and leadership?

In the end, it will raise their collective stature in the world of international diplomacy, but for reasons that vary by country. For China, their medical and industrial supply capacity, and also the prospect of emerging from this crisis with their economy relatively unscathed, will help the country to deepen ties with other key parts of the world on favorable terms, especially central-eastern Europe and Mediterranean nations such as Italy, Spain, and Greece. The pandemic may ultimately facilitate increased Chinese investments in global distribution and supply networks as well, even as American supply chains pull back to some extent from China itself.

The other countries of East Asia that stand to gain and could serve as an impressive alternate model are the democratic East Asian societies that have coped relatively well with the initial wave of the pandemic, especially South Korea, Taiwan, and Japan. They serve as an example of how liberal democracies can effectively respond to pandemic, while maintaining relatively open societies that also generate sustained economic growth. In addition, their medical industries and expertise will likely aid them in future, as they continue to develop new technologies and more advanced industries. This democratic pattern could well give them enhanced influence on the world stage in future years, especially as their health-care products are generally high-quality also.