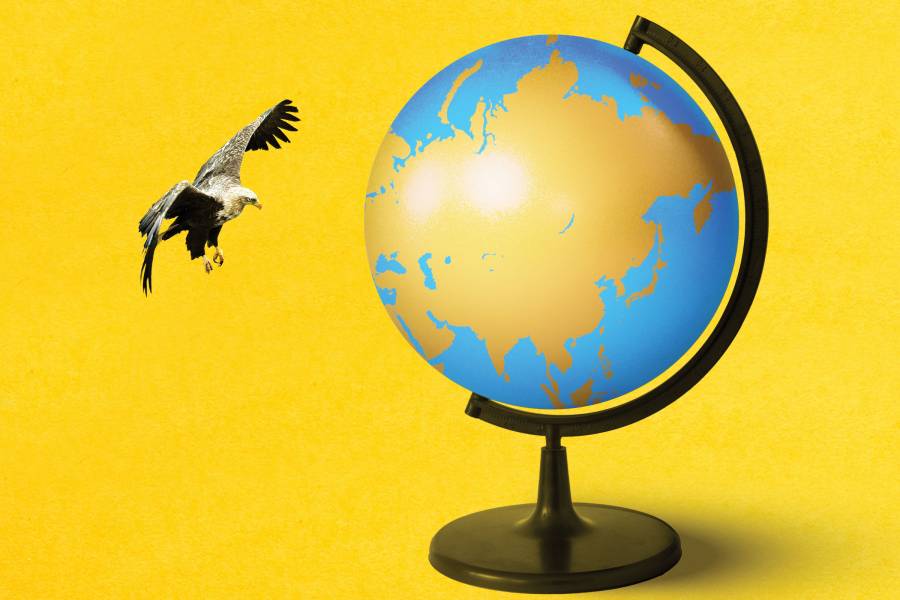 To hear Kent Calder explain it, the United States can kiss goodbye to its long-standing status as Master of the Universe, going out with a whimper, not a bang. He envisions the country and the rest of North America gradually ceding dominance to a new "supercontinent" as China and the major nations of Eastern and Central Europe increasingly embrace each other economically and politically. "The U.S. will continue to loom large," concedes Calder, "but as one of three or four power centers, rather than as a preeminent hegemon."

As director of the Edwin O. Reischauer Center for East Asian Studies within the Johns Hopkins School of Advanced International Studies, Calder boasts the credentials to casually toss around such phrases as "preeminent hegemon." Calder—also a professor of East Asian studies and SAIS vice dean for faculty affairs and international research cooperation—has spent his academic career studying the economic and political intricacies of the Far East, especially in Japan, and writing a dozen books on the subject. His most recent, Super Continent: The Logic of Eurasian Integration (Stanford University Press, 2019), methodically lays out the case for a dramatic global transformation, resulting, he posits, in a new world order.

"The U.S. will continue to loom large, but as one of three or four power centers, rather than as a preeminent hegemon."
Kent Calder
SAIS Professor of East Asian Studies

A number of factors have coalesced to form this growing worldwide force, Calder says, principally the complementary energy, technology, and finance sectors, plus an "erosion of political barriers due to momentous developments such as the collapse of the Soviet Union" and the implementation of China's Four Modernizations, a blueprint for progress in agriculture, industry, defense, and science/technology. He likens it to North America's similar emergence as a supercontinent in the second half of the 19th century and first decades of the 20th, catalyzed by the completion of the transcontinental railroad in the U.S. and the opening of the Panama Canal. The current process amounts to something of a comeback, he adds, given how Eurasia thrived from antiquity through the fall of Constantinople in 1453, owing to the Silk Road's trade routes.

Backing up his theory, Calder ticks off a passel of manifestations of the nascent Eurasian supercontinent: expanding Chinese-Russian defense cooperation, including joint exercises, arms sales, and weapons development; increasing East Asian energy reliance—particularly in Japan and Korea—on the Persian Gulf, Russia, and Central Asia; a proliferation of collaborative transcontinental organizations such as the Asia-Europe Meeting and the Eurasian Economic Union; the rapid acceleration of transcontinental Eurasian commerce by land and sea since the 2008 financial crisis; and, perhaps most ominous for the U.S., an escalating assertiveness on the part of continental Asian nations in relation to the United States, notably Turkey's recent purchase of weapons from Russia and its attack on Kurds in Syria.

And, according to Calder, the Trump administration's confrontational approach to international relations has merely hastened the arrival of a new supercontinent. "These U.S. policies have definitely accelerated its emergence by giving Europeans, Chinese, and even Japanese incentives to collaborate with one another in resistance to American unilateralism," he says. "Their deepening collaboration spans many policy areas, ranging from trade to the environment."

Calder's fascination with Eurasia dates to boyhood, when he lived for several years in Burma (now Myanmar), and that interest continued through college, during which time he rode the Trans-Siberian Railway through Central Asia and across Iran and Afghanistan, with additional travels in Europe. "The nature of the times compounded the attraction," he says. "China was embargoed and the Soviet Union was opaque and exotic when I was a boy." That's not to forget his reading, back then, of the 13th-century classic The Travels of Marco Polo.

After earning his bachelor's degree at the University of Utah, Calder obtained both his master's and doctoral degrees in government from Harvard University, and then, through his writing and a series of academic and government posts, established himself as an influencer in the best sense of the term—someone who, after careful research, informs, shapes, and inspires policy, both in the U.S. and internationally.

He has continued to do that since 2003 at what he calls his intellectual home, SAIS' Reischauer Center, which he characterizes as a "problem-oriented think tank." He says that he feels "a special commitment to the center, as I was once a student and later junior colleague of former Harvard professor and U.S. Ambassador to Japan Edwin O. Reischauer himself."

While this semester Calder is teaching a course in Asian energy security at SAIS, he has spent the past year spreading the gospel of the rise of Eurasia with lectures in Japan, Hong Kong, India, Oman, Saudi Arabia, and Sri Lanka, as well as on the Homewood campus.

Peering 30 years into the future, he sees a significantly altered, if still familiar, political and economic landscape: "With world-class technology coupled with formidable natural resources and food production capabilities, America's global role will be enduring. Yet Eurasia, with its vast scale, huge population, and deepening infrastructure, will become a second supercontinent as its connectivity broadens." 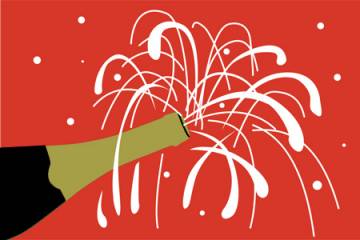