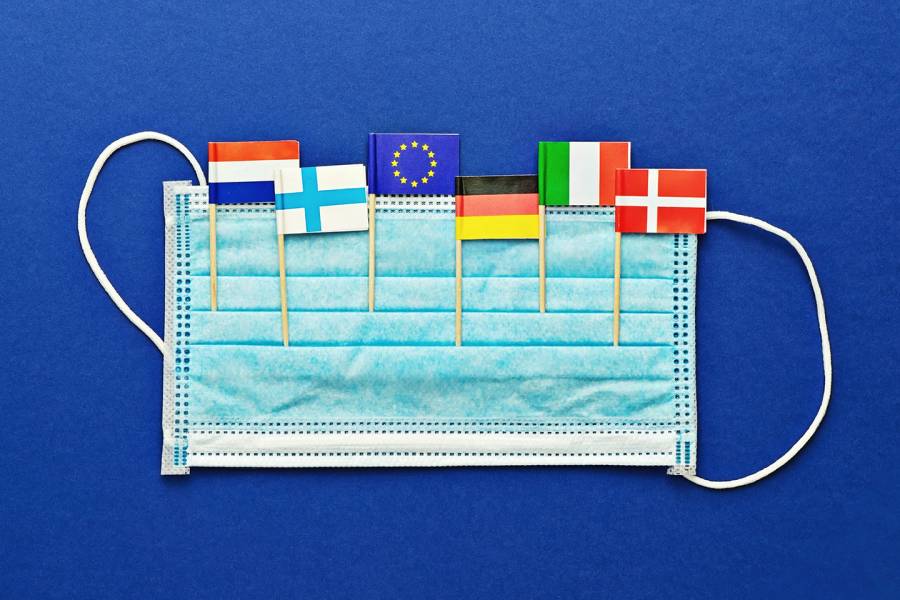 COVID-19 and a splintered European Union

Several nations in the European Union are among those most impacted by the COVID-19 pandemic, with more than 275,000 cases in Italy and Spain alone. Already bruised by the exit of the United Kingdom, the unity of the EU is once again being put to the test.

Matthias Matthijs, an associate professor of international political economy at the Johns Hopkins School of Advanced International Studies, researches the politics of economic crises. He joined Johns Hopkins MPH/MBA candidate Samuel Volkin for a brief discussion about the EU's response to the COVID-19 pandemic. The conversation has been edited for length and clarity.

What is the typical role of the European Union in a crisis situation?

In crisis situations that affect multiple countries, the European Union plays a coordinating role. There are certain matters that are the EU's responsibility, like international trade, then there are issue areas that they have left solely in the control of member states. Public health and fiscal policy—which are the main levers in a crisis like this to make resources available and deal with economic fallouts of people losing their jobs—are solely in the domain of member states. So the COVID-19 pandemic is not something the EU is immediately responsible for.

"Austerity is literally killing Italian and Spanish citizens because they simply don't have the public health capacity to deal with [the coronavirus outbreak]."
Matthias Matthijs
Associate professor of international political economy

That being said, both public health and fiscal matters cross borders, so what one member state does affects what other member countries do. From this point of view, you'd expect the EU institutions to bring everyone together and agree on a common response.

How has the EU responded to the COVID-19 pandemic?

The initial response was very slow, uncoordinated, and did not show much intra-EU solidarity. Initially because of its commitment to open borders, Europe did not want to enact quarantine restrictions to prevent people from traveling between countries. This is especially problematic when neighboring countries have conflicting quarantine policies. For example, for a while Belgium had a nationwide ban on going to bars and restaurants, but the Netherlands did not. So if people who lived near the border in Belgium wanted to have a night out, they could go to a bar just a few miles north in the Netherlands.

Now, the European Commission, which is the executive branch of the EU responsible for enacting and implementing public policies, is slowly shifting its attention to what is needed for Europeans as a whole—evaluating where there is surplus capacity, where there is more need, and how to share resources. That's happening, but it's been very slow and gradual. The inaction of the EU created a void that the Russians and Chinese tried to fill. The Chinese have been sending medical supplies and health care providers to Rome and Madrid. That is striking for several reasons. First of all, it created the perception that the EU couldn't do it themselves, which was a PR disaster. And secondly, it means that the Americans, who have traditionally played this role, didn't do it.

What role will the EU have in mitigating the economic fallout related to COVID-19?

This pandemic requires an enormous infusion of money up front—not only to support public health activity, hospitals, and doctors, but also to manage the economic and financial fallout of what is both a supply and a demand shock, as well as money needed to fund vaccine development and therapeutic efforts. EU member states need substantial financial resources for all three.

The initial reluctance by the European Central Bank to intervene in Italian bond markets caused panic among financial market participants. Investors did not trust that the ECB was committed to helping countries in the Eurozone face the economic problems that COVID-19 has caused. They have since reversed themselves with a massive Pandemic Emergency Purchasing Program that has brought back a sense of calm in the markets.

A lot of people, including myself, have suggested that Europe should issue a joint corona bond. This would be a Europewide government bond backed jointly by all European governments, making it a very attractive financial instrument for any investor to buy. Corona bonds would raise the money needed to immediately deal with this issue and show great solidarity among EU members.

This has been resisted so far by northern EU member states that have not been as affected by the pandemic. They feel that a jointly issued bond would create moral hazard problems. In other words, German and Dutch voters are worried they will end up paying for the irresponsible fiscal behavior of their Italian and Spanish counterparts, and that the bonds will take away any incentive for the latter two to continue economic and fiscal reforms. Politicians in Rome and Madrid counter that this COVID-19 pandemic has nothing to do with lax fiscal behavior and that the time for EU solidarity is now.

Are there potentially geopolitical consequences to the fractured response among EU member states?

The numbers coming out of Italy and Spain are deeply worrisome. These are countries that have seen a series of austerity policies implemented to reduce budget deficits through spending cuts. It's now being revealed that there has been very limited investment in their national public health systems over the last decade. Italy has the highest death rate, followed by Spain. Austerity is literally killing Italian and Spanish citizens because they simply don't have the public health capacity to deal with this.

"Italy and Spain won't easily forget the help they got from China and Russia. There could be real geopolitical consequences."

The fact that Northern Europe is resisting even symbolic steps toward a joint fiscal response is causing real damage to the relationship between the north and south of Europe. This crisis is the moment of Italy's and Spain's greatest need, and they want to see direct aid from the rest of Europe. Italy could be forced to accept loans from the European Stability Mechanism, but those could come with strict conditions that the country simply cannot accept during a crisis like this. Italy and Spain won't easily forget the help they got from China and Russia. There could be real geopolitical consequences.

Finally, the U.S. has been completely absent from the international arena in this crisis. If you compare this with the previous crisis of 2008–9, under Presidents Bush and Obama, when the U.S. was very active in coordinating the G20, as well as fiscal and monetary responses, the contrast is stark. President Trump has no interest in playing a similar leadership role, and the Chinese are very keen on filling the void while disabusing the world of the notion that COVID-19 was originally "made in China." It is possible that once this crisis is over, relations between Italy and Russia or China will become warmer and they'll become more skeptical of NATO and the Atlantic alliance that's been the bedrock of the liberal international order led by the United States. 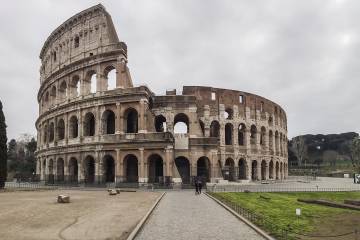 COVID-19's impact in Italy and Europe