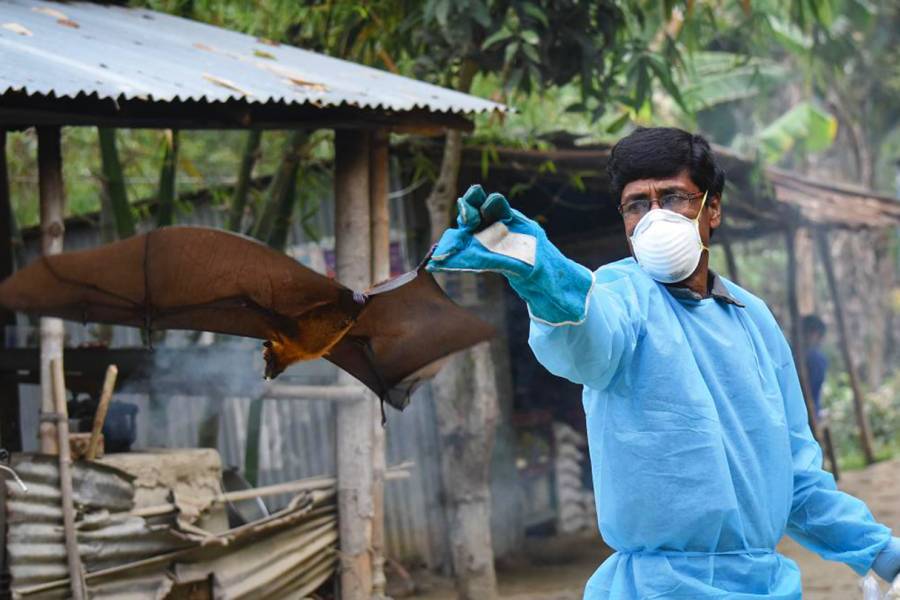 Image caption: After researchers in Bangladesh collect samples, the fruit bats are fed and returned to the wild

Long before dawn one August morning, Emily Gurley and her team set out for the roost site. The night before, a research team in Faridpur, Bangladesh, had set up nets after the fruit bats flew off to forage. The nets caught about a dozen bats returning to the roost; now, Gurley and her colleagues gathered to collect samples from them. It was all part of a new endeavor to get one step ahead of a virus that can kill up to 90% of those infected with a terrifying combination of encephalitis and pneumonia.

Despite the best tricks science had up its sleeve, the world's epidemiologists always remained one step behind.

Scientists have been playing catch-up since they detected the first Nipah virus outbreak in Malaysia in 1998. Since then, most outbreaks have occurred in Bangladesh. And Gurley, an associate scientist in epidemiology who received her PhD from the Bloomberg School of Public Health in 2012, has investigated many of them. The Nipah surveillance system she helped establish in 2007 has provided scientists with 12 years of data on how the virus jumps from bats to humans and how it infects its hosts. So far, however, no vaccine has been developed for the highly fatal virus. Because of this and Nipah's pandemic potential, the WHO has placed Nipah on its 10 most wanted list of emerging viruses.

Now, thanks to a $10 million grant from DARPA that seeks to keep U.S. soldiers safe from global infectious threats, Gurley has a chance to get ahead of Nipah. The project is called PREEMPT, which stands for Preventing Emerging Pathogenic Threats, and it has brought together an international team of researchers trying to identify when and why bats shed Nipah and similar viruses, which increases the chances of human outbreaks. To Gurley, this kind of research based on the understanding that human health is intertwined with environmental and animal health (a concept called One Health) represents the best way to address these emerging public health threats. 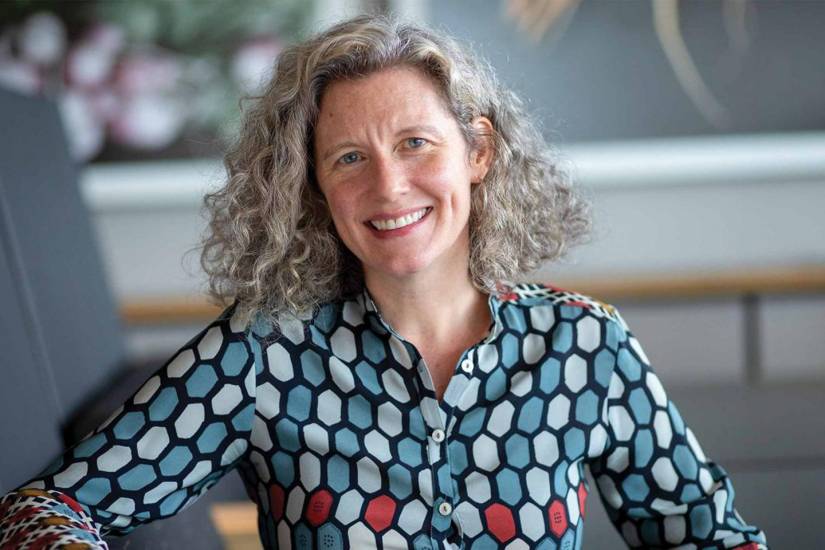 "If we can figure out why the bats are shedding the virus, we can go further up the causal chain to try to prevent not just more human infections but the risk of a pandemic strain emerging," she says. "It's classic primary prevention."

We live in a viral world. At least one virus infects every species that scientists have identified. Many viruses, such as smallpox and polio, specialize in a single host, replicating and passing on their genes. But other viruses can infect a range of species, in what scientists call spillover events. Increasing human encroachment into previously wild areas creates ample opportunities for pathogens to test their mettle against a new species. Infectious diseases such as AIDS and Zika started out this way, and researchers have no idea how many other viruses lurk, only a few mutations and a lucky break away from causing the next pandemic.

When Gurley arrived in Dhaka in 2003 at the International Centre for Diarrheal Disease Research, Bangladesh, she had barely settled in before she was asked to help investigate an outbreak of an unknown deadly disease in the town of Goalando. Tests soon revealed Nipah as the cause.

"I didn't know much about the virus, but neither did anyone else in the world," she says.

The outbreak posed a mystery. Scientists first isolated the virus less than five years before, in a small Malaysian farming community called Kampung Sungai Nipah, where a hog farmer had been infected. Malaysia's soaring prosperity had increased middle class appetites for pork, and farmers were only too happy to oblige. In September 1998, however, pigs began dying. Then the farmers fell ill as their brains swelled with a deadly encephalitis. A Malaysian microbiologist identified a new virus as the cause and named it Nipah.

Nipah's transmission chain in Malaysia seemed clear. In Bangladesh, which is nearly 90% Muslim, however, hogs seemed an unlikely intermediate host for the virus. Nor did months of painstaking epidemiological investigations reveal how Nipah had jumped from Pteropus fruit bats (the virus's reservoir) to humans. It wasn't until 2005—four years after the first outbreaks in Bangladesh—that Gurley and other scientists finally homed in on the pathway: the consumption of fresh date palm sap.

That year, researchers traced multiple cases back to a single source. "In the days before these patients became ill, they had all [drunk] raw date sap," Gurley says. "And they all drank it from a vendor who was walking down the main road selling one glass at a time." Gurley says.

Once the source was identified, researchers determined that danger came not from the sap itself, but from fruit bats that also liked to drink the sap. Bat saliva and urine contaminated the sap as it dripped from trees into clay collection pots. Researchers believed that the Malaysia outbreak began when pigs ate contaminated fruit and then passed Nipah to farmers. 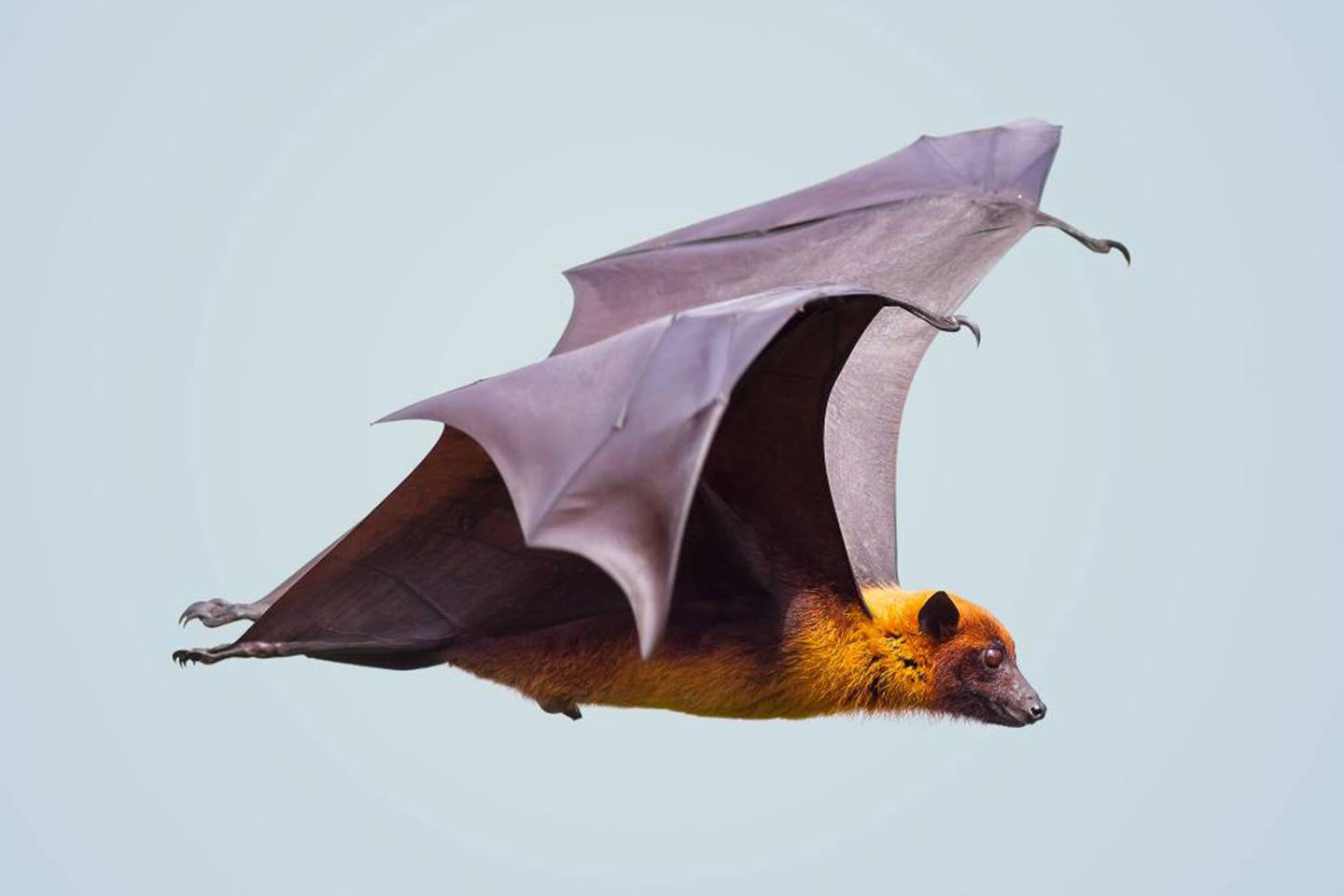 Image caption: Fruit bats carry the Nipah virus, which can be transmitted to humans through their saliva and urine

Although the links to date sap remained fairly constant, Gurley also began to discover some of Nipah's idiosyncrasies. Compared to the Malaysian outbreak, the case fatality rate in Bangladesh was nearly twice as high—75% versus 40%. In some outbreaks, more than 90% of those infected would die. Gurley also found other inconsistencies. One-third of the Bangladeshi Nipah cases were contracted from infected people, not bats. Only 10% of those infected can pass on Nipah. Yet a quarter of those who do infect someone else are so-called super-spreaders who can pass the infection to more than a dozen others. And outbreaks in Bangladesh were smaller and more frequent.

After investigating several major outbreaks, Gurley and researchers in Bangladesh realized that there was no reason to believe that other, smaller spillovers hadn't occurred and simply gone unnoticed. So in 2007, scientists from the Institute of Epidemiology, Disease Control and Research in the government of Bangladesh and the CDC chose three sentinel hospitals in Nipah-prone areas and began collecting blood and saliva swabs from all patients with encephalitis. It wasn't long before their efforts paid off. Over the past 15 years, Gurley and her team identified more than 70 spillovers. Though Nipah could cause large outbreaks, it sometimes caused disease in only a single person, or a small handful of patients. To Gurley, these smaller events were just as alarming as major epidemics.

"From the perspective of the virus, if you want to be a highly successful virus and expand your ecological niche, you need as many opportunities as possible to get that right," she says. "So every spillover event—every transmission event from bats to people—is a new opportunity for a new viral strain to adapt to a human host or for a more transmissible strain to infect a human host."

The surveillance system also provided valuable clues to Nipah's complex, multi year dynamics. Unlike flu and cold season, which have predictable annual peaks, Nipah appears to operate on a longer time scale. Gurley found that in some years many outbreaks would occur and in others the virus would nearly disappear before invariably showing its face again, a cycle that scientists have yet to explain. And the more outbreaks she saw, the more Gurley came to believe it was all about the bats.

Nipah is one of a group of closely related viruses called henipaviruses, all of which are transmitted by Pteropid fruit bats in Asia and Australia. The discovery of henipavirus shedding from bats in Ghana in 2014 and Nipah outbreaks in India shook the infectious disease community. In 2017, Australian researchers working on Hendra virus (another henipavirus) found that bats shed more virus in their feces, urine, and saliva when they were stressed by shortages of habitat and food. These spikes in viral shedding, researchers believed, precipitated Hendra outbreaks. One way to reduce future outbreaks, then, might be to build more bat habitat in Australia to reduce their stressors and reduce contact with humans. The work gave Gurley and other One Health–oriented scientists, including Raina Plowright, the PREEMPT project's principal investigator, an idea: If they could learn more about the disease in bats, they might just be able to identify the signs of a looming outbreak and get a jump on their viral adversary.

The PREEMPT grant is allowing Gurley and others to do just that. The project combines virus surveillance in bats and advanced computer modeling to recognize disease hotspots and identify predictors of virus shedding and spillover. With this knowledge, scientists like Gurley may be able to prevent—or at least minimize—future outbreaks of Nipah and related viruses.

Gurley's trip to Faridpur allowed her to check in with her team that was collecting samples from the bats. The PREEMPT work demands constant attention from the large team of scientists working on the project, and Gurley wouldn't have it any other way.

"We understand the Nipah virus system better than almost any other emerging zoonotic infectious disease because of the sustained effort over time by people who really care about this disease, the impact it has on communities where outbreaks occur, and the risk to the rest of the world" she says. "A lot of research, particularly on outbreak-prone diseases, is done by people who fly in, investigate, and then leave. But we had enough people on the ground here to really build a research program over time, and I'm really proud of that legacy and what's come out of that." 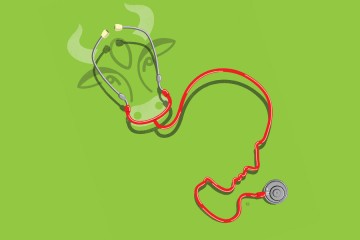 Putting the kibosh on contagion