As pioneering chief resident in anesthesiology at Cedars-Sinai, alum Adam Milam is working to increase diversity in the medical field

When Adam J. Milam took the reins as the first African-American chief resident in anesthesiology at Los Angeles' Cedars-Sinai Medical Center this year, he considered it an honor and a reflection of the leadership he's already shown. But most meaningful for him is the opportunity the position offers to help others in the field.

"Improving diversity was a big deal for me at Hopkins and in med school, and by serving in a leadership role now, I can help to improve diversity here and in the field," says Milam, who majored in public health studies and history of science, medicine, and technology at Hopkins. 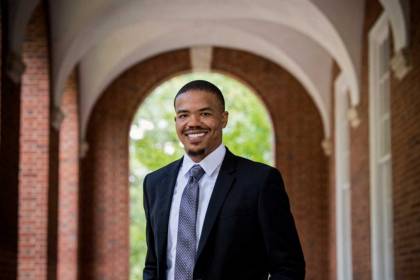 Already, Milam and a colleague have arranged for the hospital to provide financial support for underrepresented minority medical students doing fourth-year rotations in the department. Eight $2,500 stipends help to offset travel and housing costs in L.A.

Milam is happy to be in a position of passing on to medical students and residents some of the mentorship that he found so beneficial.

That mentoring began back in 2006, when Milam switched his engineering major to public health studies and signed on with Project HEALTH (Helping Empower, Advocate, and Lead Through Health), a volunteer organization that mobilizes college students to help with public health interventions in hospitals and community organizations.

Milam's new major also led him to Debra Furr-Holden, then-director of the Drug Investigations, Violence, and Environmental Studies Laboratory at the Bloomberg School of Public Health. As a research assistant, Milam helped with investigations into the relationship between children's health outcomes and neighborhood characteristics like abandoned houses, drug paraphernalia, and liquor stores. Twelve years later, he still works and publishes with Furr-Holden.

In 2009, Milam earned a master's degree in mental health from the Bloomberg School along with a certificate in health disparities and health inequities; he added a PhD in mental health in 2012. He earned his MD from Wayne State University School of Medicine in 2016 and will complete his anesthesiology residency in 2020. A one-year fellowship in cardiothoracic anesthesiology will follow at the Cleveland Clinic.

In January 2019, Milam became the first resident to join a Cedars-Sinai spine surgeon on a 10-day mission trip to Mbarara, Uganda, where he watched the anesthesiology resident there doing much of what he does in the U.S., but in a very different setting. "It was mind-blowing for me, the way they can do some of these complex cases with little resources and the outcomes are fine; the patients are fine. It makes you think about resource use here, and the vital role of community support in the recovery process," he says. In Uganda, for example, patients' family members were often the ones making sure they were getting the nutrition and movement needed for healing.

Ultimately, Milam hopes to return to Baltimore and continue his work in both anesthesiology and public health research. As a faculty associate in the Department of Mental Health at the Bloomberg School, he remains involved with interventions to reduce youth violence in Baltimore. Over the years, the research he has collaborated on has yielded presentations at national and international conferences, and more than 50 peer-reviewed articles. "Our goal is safe spaces for children, youth, and families as well as improving the built environment and creating a social environment that nurtures and supports our environment," he says. 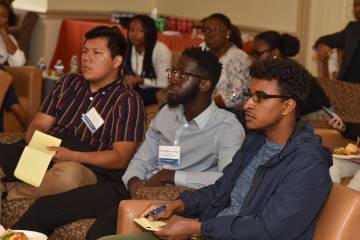