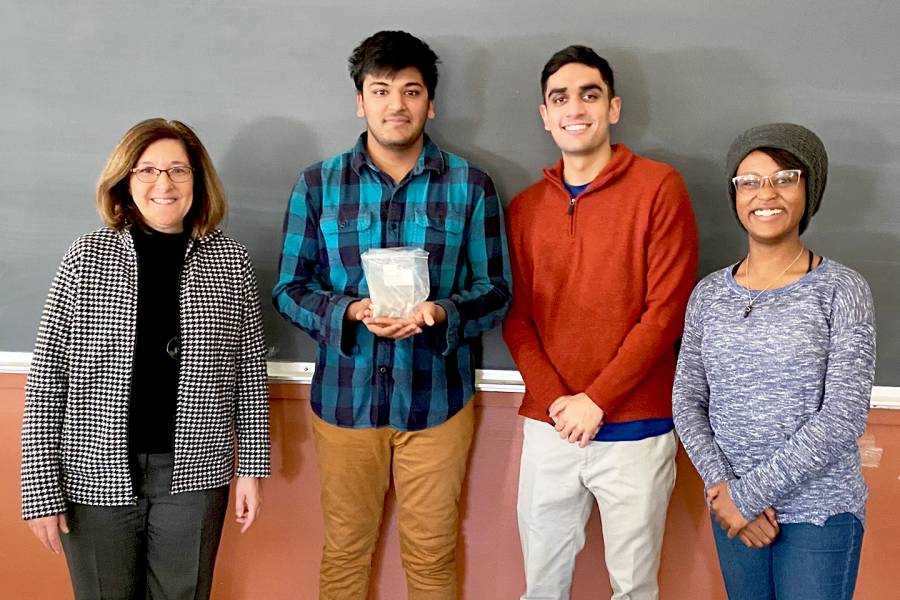 By using modern technology and closely examining history, three Johns Hopkins engineering students have identified a small chunk of metal as a century-old piece of roofing material from a historic building on the university's Homewood campus.

Unearthed during an archaeological dig near the Homewood Museum in the early 1980s, the artifact remained in a collection there until a group of students set out to determine its origins. As part of their Materials Characterization class, senior biomedical engineering majors Anish Thyagarajan, Varun Kedia, and Avery Burrell determined the artifact is made primarily of lead with traces of tin. After researching early 20th-century roofing techniques, they found that the piece's makeup corresponds with materials used in a roofing technique known as terne roofing, popular between 1900 and 1920. The students then corroborated their findings with Homewood Museum renovation records and determined the artifact likely came from a renovation of the building that now houses the Homewood Museum.

The students used several characterization techniques, but the most conclusive results came from a technique called energy dispersive X-ray spectroscopy, or EDS.

"EDS involves directing a high beam of electrons at a sample—exciting electrons in the surface atoms of the sample and causing them to emit X-rays, which can then be measured," Thyagarajan explains. 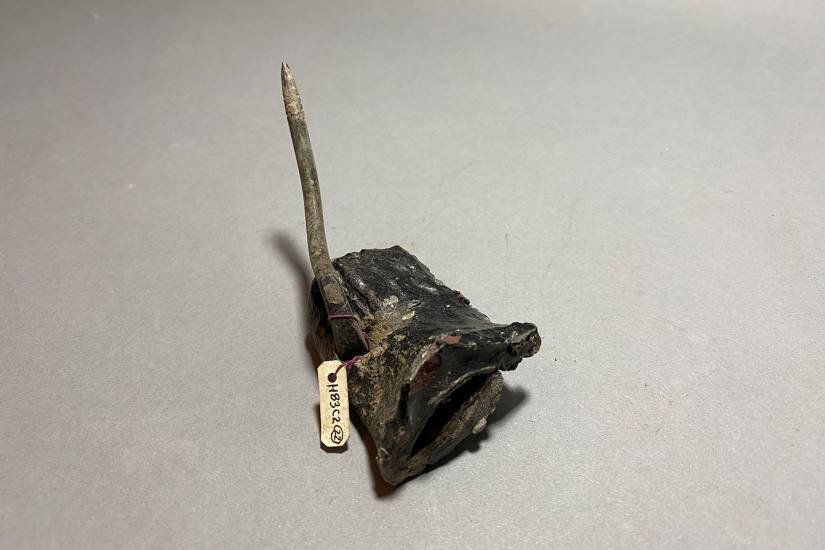 Image caption: Students identified this metal object as a piece of the Homewood Museum's century-old lead and tin roofing

Each of the elements that make up the sample has a unique atomic structure, resulting in an equally distinctive electromagnetic signature. The group then matched the sample's signature to existing signatures and determined its composition.

"Having our final three tests confirm our hypothesis and putting those results in the context of history were very exciting," Thyagarajan says.

The students' conclusions were confirmed by Julie Rose, Homewood Museum director and curator, who provided the sample. The original house was built around the turn of the 19th century as a summer home for the son of Charles Carroll of Carrollton, a signer of the Declaration of Independence. The Homewood house and surrounding property were later donated to Johns Hopkins University, which moved onto the 130-acre estate in 1912.

The house has undergone several renovations in its long lifetime, including extensive roof replacements using different techniques as technology improved. Rose thinks the sample analyzed by the Materials Characterization students was probably discarded during renovations done to the roof around the time Johns Hopkins University acquired the home and estate.

Patricia McGuiggan, associate research professor in the Department of Materials Science and Engineering and instructor for the Materials Characterization class, says the assignment gives students the opportunity to learn about scientific equipment used to determine the structure and chemistry of materials. And students aren't the only ones gaining something from this assignment.

"We are fortunate to have so many world-class museums near JHU that have many interesting scientific problems they would like addressed," McGuiggan says. 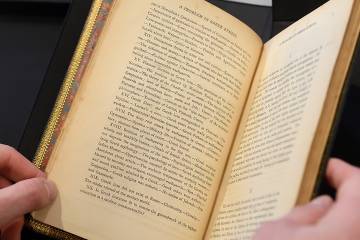