TRIPODS Institute brings together mathematicians, statisticians, theoretical computer scientists, and engineers to further the next generation of data analysis

Using a $1.5 million, three-year grant from the National Science Foundation, a multi-disciplinary team of researchers at the Johns Hopkins Mathematical Institute of Data Science has created a new institute dedicated to data-driven discovery.

The new institute, called the Transdisciplinary Research in Principles of Data Science Institute for the Foundations of Graph and Deep Learning, or TRIPODS Institute, will bring together mathematicians, statisticians, theoretical computer scientists, and electrical and biomedical engineers to develop the foundations for the next generation of data-analysis methods, which will integrate model-based and data-driven approaches. Data science fellows will be trained at the institute, where they will be jointly supervised by faculty members who have complementary expertise in model-based and data driven approaches. The fellows will be selected annually through a call for Data Science Fellowships, and the winners will be announced at the MINDS Symposium, held this year on Wednesday, Nov. 20 in Shriver Hall.

The new TRIPODS Institute will be part of what many consider to be the "fourth industrial revolution," in which machines are able to learn from massive amounts of complex, high-dimensional data.

In short, the new TRIPODS Institute will be part of what many consider to be the "fourth industrial revolution," in which machines are able to learn from massive amounts of complex, high-dimensional data.

"Advances in data science are already leading to many disruptive technologies, from automatic speech recognition to automated supermarkets," said René Vidal, a professor in biomedical engineering, director of the Mathematical Institute of Data Science, and the new institute's principal investigator. "In the next few decades, data science will transform many disciplines, from new data-driven discoveries in physics to autonomous cars to personalized medicine. Multidisciplinary education and training on the foundations of data science will be critical to train future generations of data scientists for this big data revolution."

The mission of this new TRIPODS Institute comprises both research and education. Vidal expects the team to develop a multidisciplinary research agenda around the foundations of model-based and data-driven approaches to data science, with a focus on the foundations of deep neural and generative models, as well as integrated models that derive strength from both types of models. In addition, the institute will become a regional designation for collaborative work as a result of organizing and staging semester-long focused research themes and workshops, an annual symposium, and a research intensive summer school and workshop on the foundations of data science.

TRIPODS researchers will also develop a unified curriculum for a new minor and master's program, which will be offered jointly by the departments of Computer Science and Applied Mathematics and Statistics.

In fact, Vidal views the new institute's mission to educate a new generation of data scientists as among its most crucial.

"The big data market grew more than 20 percent in 2018, and the demand for data scientists is predicted to soar to 28 percent by 2020," he said. "As a consequence, there is a huge shortage of highly qualified data scientists for developing new methods for analyzing big data, and a key challenges is the lack of interdisciplinary training programs that integrate concepts from mathematics, statistics, computer science, and engineering to train the next generation." 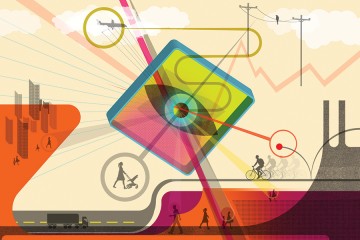 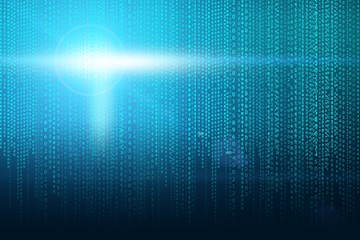