Experts explore the value and future of civics education in America 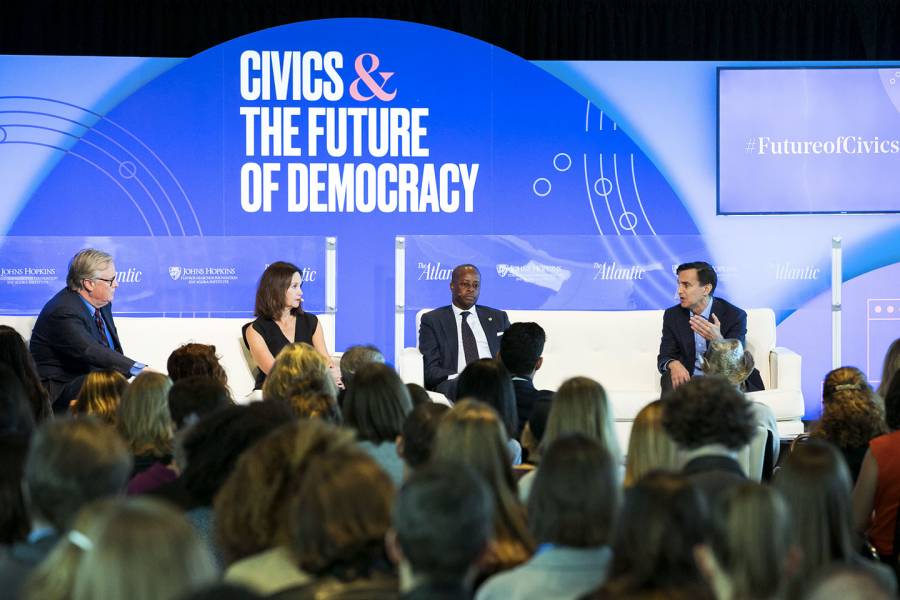 When it comes to civics knowledge, many Americans wouldn't make a passing grade. A recent survey found that only 40% of U.S. adults could name all three branches of the federal government; more than a fifth couldn't name any.

The survey, conducted by the Annenberg Public Policy Center, links its findings directly back to the classroom. Those who received civics education in high school were more likely to answer correctly on fundamental questions about the U.S. Constitution and were also inclined to keep up with the news.

A group of educators, journalists, and nonprofit leaders gathered Wednesday morning in Washington, D.C., to discuss civics education at what many believe is a moment of crisis for democratic values and institutions. The event, "Civics and the Future of Democracy," was co-sponsored by the Stavros Niarchos Foundation Agora Institute at Johns Hopkins University and The Atlantic and took place in the Newseum building.

"Over many, many decades, we've seen a deterioration of how much civics there is taught, and how in-depth it is being taught," said Louise Dubé​, executive director of iCivics, a nonprofit that provides lesson plans and online games to promote civics education in all 50 states.

"When kids see what they see in the political sphere, in the environment, and on YouTube, ... they want to know about it, and they come in with those requirements and requests of their educators," she said.

Image caption: Watch the full video of the Civics and the Future of Democracy conference

In Rhode Island, demand for civics education has taken concrete form as a federal lawsuit. Recent high school graduate Ahmed Sesay, who spoke at Wednesday's event, is part of a group of students and parents who are suing the state for failing to prepare young people to function productively as civic participants—capable of voting, serving on a jury, and understanding their nation's political structures.

The novel lawsuit argues that this failure is a violation of constitutional rights. The state of Rhode Island is acting as a "test case," said Michael Rebell, lead lawyer for the plaintiffs and director of the Campaign for Educational Equity at Columbia University, "If we succeed, the ruling will affect all kids in the U.S.," he said.

"We're in a highly partisan time—they had just emerged from a civil war that had claimed three quarters of a million lives. That was pretty polarized," Applebaum said. "They had an avowedly polarized press. … That was how the press worked. So you had a real information problem, too."

In a later conversation about fostering democracy on college campuses and what universities are doing to encourage engaged citizenship, Johns Hopkins University President Ronald J. Daniels spoke about JHU's recent efforts to encourage voter registration and participation in elections, and also about the work of the SNF Agora Institute, launched in 2017 to address the deterioration of civic engagement worldwide and restore the type of open, informed discourse that is integral to healthy democracies.

"This initiative is designed to foster an understanding of commitment to liberal democracy, to understand its challenges, to understand contemporary problems around polarization," Daniels said. "In one sense it dictates a very rigorous research agenda, which we're developing. But on another level we clearly see there's an educative responsibility." 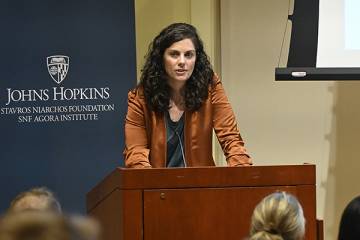 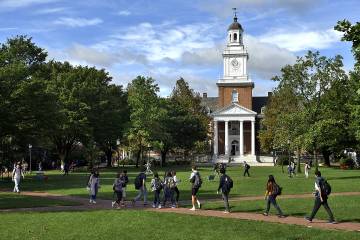