Moral outrage overload? How social media may be changing our brains 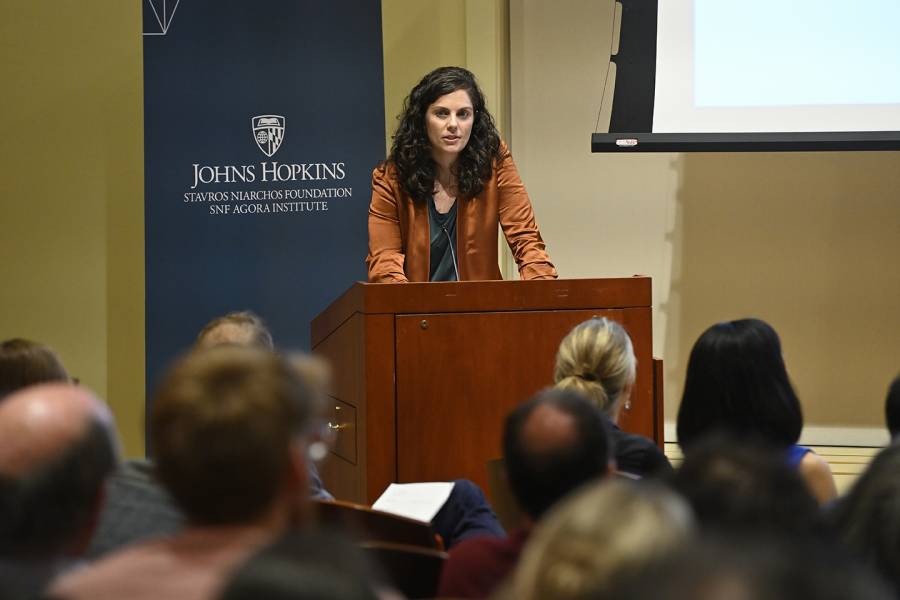 In January, a video clip circulated on social media that showed a group of teens wearing red Make America Great Again caps who appeared to be taunting a Native American protester during a rally near the Lincoln Memorial in Washington, D.C. The fallout from the viral video was swift: hundreds of thousands of social media users—private and public figures alike—commented and shared posts about the teens and their actions, some condemning them as racist, others defending them.

In the wake of the video, later shown to depict a situation more complicated than originally thought, the world saw an angry internet mob form. Psychologist Molly Crockett saw a trend.

"If everything is outrageous, effectively nothing is."
Molly Crockett
Psychologist

"It seems that we can hardly go five minutes without a new episode of outrage erupting in the public sphere," Crockett said. "If you spend any time on social media, you might have a sense that we are locked in a state of perpetual outrage."

Crockett, an assistant professor of psychology at Yale University, spoke Monday in Mason Hall on Johns Hopkins University's Homewood campus as part of Democracy Dialogues, a speaker series hosted by the Stavros Niarchos Foundation Agora Institute at Johns Hopkins. During her talk, she shared insights from her lab's studies into the way moral outrage affects the human brain, with an emphasis on how digital technologies, and specifically social media, tap into the brain's reward circuitry.

"Our hypothesis is built around a really simple framework—a theory of how we learn from rewards," Crockett said.

Defined as the anger and disgust that accompanies a perceived moral violation, moral outrage has been an important evolutionary tool for humans, Crockett said, acting as a deterrent to future transgressions and creating a sense of social cohesion. The expression of moral outrage carries certain risks, of course, because it may not always be met with support or, in the case of the debunked viral video of teens at the Lincoln Memorial, may not be based on true facts. But if its expression is supported, the brain's dopamine pathways are triggered, flooding the brain with positive reinforcement.

In the digital age, the risks of expressing moral outrage online are much lower, she said. Certainly the physical risks are lower, as social media users rarely come face-to-face with the subjects of their outrage. But there is also a decreased social risk, as some people use avatars or screen names to create a sense of anonymity. 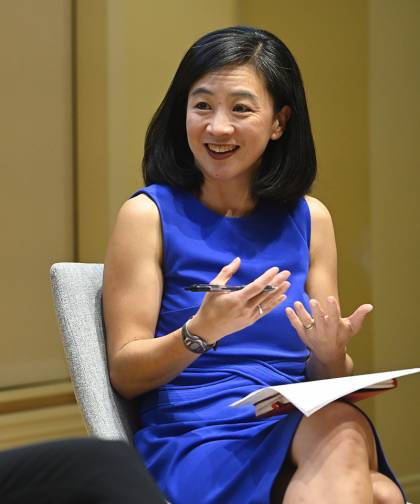 Additionally, the nature of social media may be changing the brain's reward system. Because social media interactions can take place at any time and with anyone from around the world, the positive reinforcement that comes from expressing moral outrage can occur at unpredictable times, Crockett said. This creates a variable reinforcement pattern—which happens to be the most effective pattern for promoting habit formation.

The rewards are also amplified by an another powerful player: social media companies. In an effort to engage users for as long as possible on their platforms, many companies employ algorithms that prioritize content in feeds that is emotional in nature and likely to contain examples of moral outrage. By emphasizing emotional content, social media companies contribute to a content ecosystem that finds outrageous content, shares it, and elicits more outrageous content in response. Crockett said such an echo chamber may increase the frequency and intensity of the outrage we feel.

She said she worries that by dialing up the sense of moral outrage on social media, we may be endangering our ability to effect change in response to outrage in the real world.

"If everything is outrageous, effectively nothing is," she said.

"I have spent a lot of time talking to people who work in tech and in social media, and the people I've spoken with truly and genuinely want to design products that mitigate these problems," she said. "And that surprised me. I was expecting the door to be slammed in my face, but so far, the doors have been opened. People want to engage in an open dialogue and to see how our discoveries in the social sciences can be used to improve the design of platforms, and I think we should be cautiously optimistic about that."