For 20 years, Johns Hopkins School of Education researcher Bob Balfanz has worked to help students make it through high school. Now he's turned his attention to helping them succeed in college. 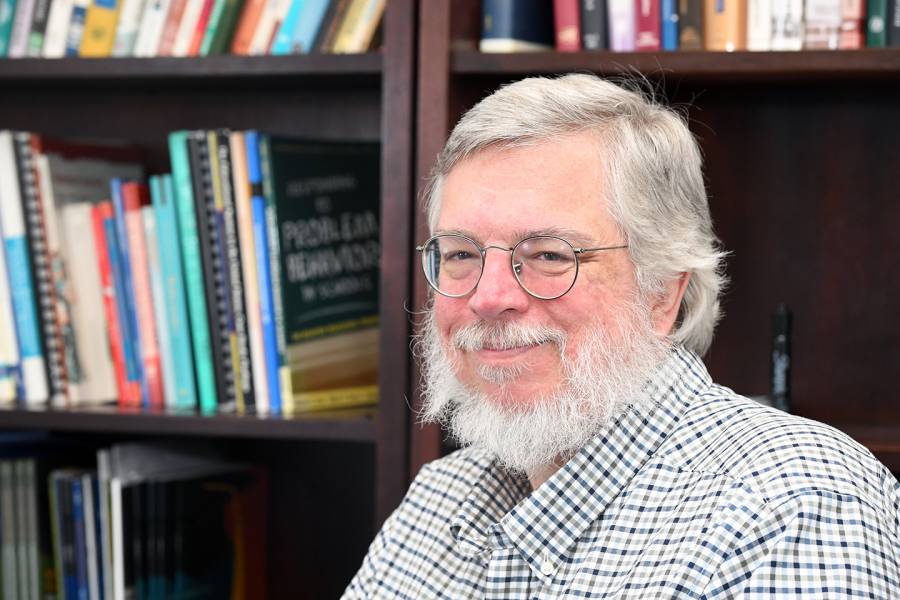 When Bob Balfanz stepped to the podium to open the Pathways to Adult Success National Conference in Baltimore this morning, he realized a decades-old goal.

That's because the idea of the conference—an effort to help students from low-income communities succeed in college and beyond—was planted in the very first days of his tenure at the Johns Hopkins School of Education, almost 20 years ago. Since those early days, Balfanz, a research professor at the Center for the Social Organization of Schools and director of the Everyone Graduates Center, has built a national reputation as a reformer's reformer.

"A key point of our work is really this research to practice, practice to research process of identifying problems and then developing approaches to correct them," Balfanz says of his life's work. One key finding, he says, leads to the next and the next, and it all comes together through school reforms and on-the-ground programs.

"A key point of our work is really this research to practice, practice to research process of identifying problems and then developing approaches to correct them."
Bob Balfanz
School of Education researcher

A prolific author and tireless researcher, Balfanz has concentrated his efforts on ending the cycle of dropouts in the nation's poorest and most-challenged school systems. His first major findings, in the early 2000s, showed that just 12% of the nation's roughly 20,000 high schools are responsible for half of the nation's dropouts. In 2006, Balfanz coined a term for these schools that has stuck: "dropout factories."

"From our lived experience in these schools, we saw that it was a very mechanical process, like a factory. It was a metaphor," Balfanz says. "But it caught on."

A finding as striking as that would be enough for most researchers to hang his or her hat on for years to come, but Balfanz was not one to let things linger. He soon began to contemplate ways to counter the problem of dropout factories. That led to further research into the early warning signs that those who drop out of school display, often early in their educational careers. He found that the kids who are most likely to drop out are those who don't show up to school, who get disciplined often, and whose grades are lacking. Balfanz labeled these warning sign categories as Attendance, Behavior, and Course performance.

"With just three factors we call 'The ABCs,' you can spot dropouts in the data as early as sixth grade," he says.

But what good are early warning signs if there are no practical reforms or interventions in place to prevent at-risk students from dropping out? In response, Balfanz's next endeavor was to develop model programs designed to not only identify these kids, but to also get them help and shepherd them to graduation. He called it "Diplomas Now."

This prevention-intervention model combined whole-school reforms with the deployment of City Year Corps members—college graduates who work in challenged school districts to earn student loan forgiveness, health insurance, and a small stipend. City Year members are each assigned between 10 and 15 at-risk students and help them stay on course—greeting them each day, calling when they are absent, and helping them connect with mentors, tutors, and after-school programs.

"These are kids who are signaling to us that they are in trouble," Balfanz says. "We've got to put in these support mechanisms to guide them through the middle and high school experience."

Balfanz's big break came when he and colleagues at Everyone Graduates received a federal award of roughly $30 million, matched in equal amounts by private donations, to support a massive rollout of his program in 10 of the most-troubled districts in the nation. The eight-year effort included some 80 schools and reached 40,000 kids in a randomized field trial to test the effectiveness of the program. That trial and many others came together in a concerted effort to push high school graduation rates higher.

"Then, after decades of stagnation, in the early 2000s the high school graduation rate finally began to move up," Balfanz says, proudly. It went from the low-70% range, where it had remained since the early 1970s, to 85% today. Better yet, Balfanz says, is that the improvement came mostly in low-income and minority communities.

"It's a true success story," he says.

And yet, with all that under his belt, Balfanz could not help but turn to the next challenge. Noting that a high school degree is no longer as coveted as it once was and no guarantee of lifetime success, he began to turn his attention to shepherding those newly minted graduates through college. For that effort, Balfanz turned to an old standby: researching and identifying early warning signs. But this time, the early warning system came with a positive spin. It did not predict who would fail in college, but rather who would succeed.

After three years of study, Balfanz says he can predict with reasonable certainty which high school students will do well in college, and his findings might be surprising. If a kid achieves a relatively modest attendance record of 94%, gets a 2.7 grade point average—Bs and Cs, not As, Balfanz notes—and takes what he calls "challenging courses" on a college track, including advanced placement classes, they can succeed in post-secondary life and be all-the-more prepared for adulthood.

"If you have all four of those, 80% of those kids earn a BA in six years," Balfanz says.

He discussed these findings and the collaborative effort to act upon them during his opening remarks at the conference today. 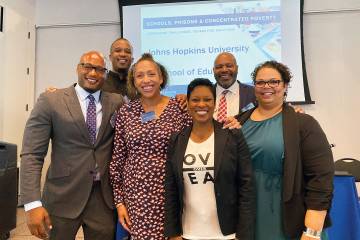 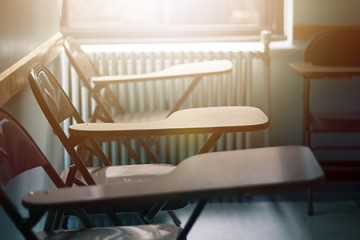