The daylong symposium, titled "Schools, Prisons, and Concentrated Poverty" and held in Levering Hall on Johns Hopkins University's Homewood campus, brought together activists, educators, scholars, and community and government leaders from Baltimore and beyond. Participants examined the complex challenges Baltimore faces—including a lack of social services and mental health support, and the punitive measures enacted in schools—taking a hard look at the school-to-prison pipeline that ensnares many of the city's youth. 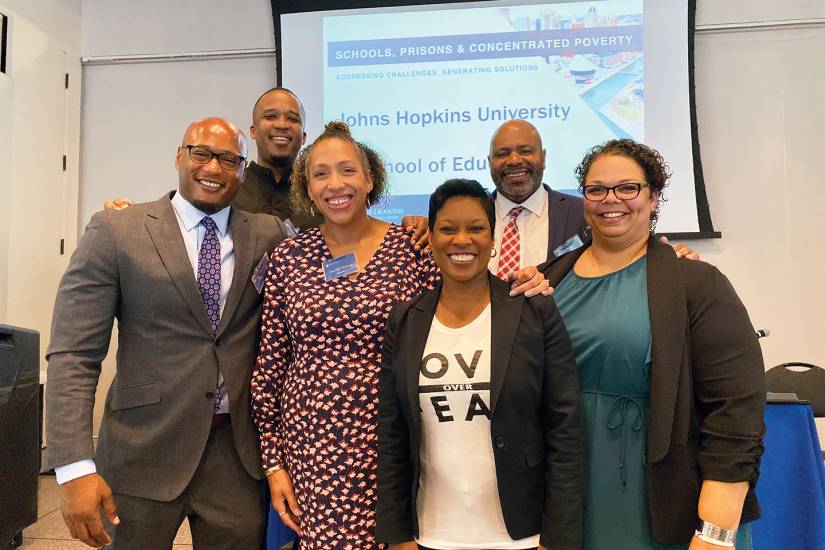 Image credit: Courtesy of the School of Education

Baltimore City Council President Brandon Scott spoke about the decades of institutional racism that have contributed the city's current conditions.

"We have to talk about it. We have to call it out for what it is," he said. "We know that sometimes it can be sensitive, … it can make people uncomfortable."

The symposium was the brainchild of Lofton, associate director of JHU's Urban Health Institute and an assistant professor in the Johns Hopkins School of Education. The Urban Health Institute and School of Education hosted the event as part of Civil Rights Week in Baltimore City, with support from the Baltimore Office of Civil Rights and Wage Enforcement.

"This project was born out of love," Lofton said. "Love for community, love for Baltimoreans … and love for mothers and fathers who give birth to the children in the Baltimore City Public Schools."

During one panel discussion, Tisha Edwards, director of Baltimore's newly formed Office of Children and Family Success, spoke of the need for an immediate intervention for young men wrapped up in Baltimore's drug trade.

"How can we compete with the best job, in terms of cash, for an uneducated black man in this city?" she asked. Paths toward GEDs or trade schools, she said, "take an incredible amount of time, and they do not feed your family today."

Odis Johnson, of the Center for the Study of Race, Ethnicity, and Equity at Washington University in St. Louis, said he was concerned that schools have become an entry point for many incarcerated Americans, particularly young black males. Johnson leads three National Science Foundation-funded studies that examine how strategies to maintain law and order in neighborhoods and schools impact the representation of race and gender groups within the school-to-prison pipeline.

A later panel looked toward a potential solution to that trend in Baltimore: a shift in the policing model. In an effort to reduce the numbers of youth arrests in recent years, the Baltimore City School Police has adopted strategies focusing more on "trauma response … and building relationships with kids," said Akil Hamm, chief of the force.

According to stats distributed at the event, 33 arrests were made in Baltimore schools last year—a staggering reduction from the 971 in the 2007-2008 school year. 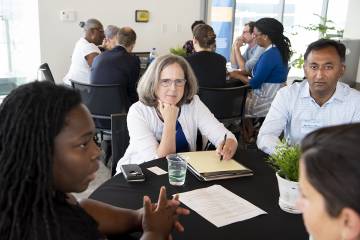 Data science in the city