Documentary details Peabody graduate's journey from the streets to the symphony

'R.A.W. Tuba,' a film about the life of tubist Richard Antoine White, will be screened at Peabody on Oct. 3 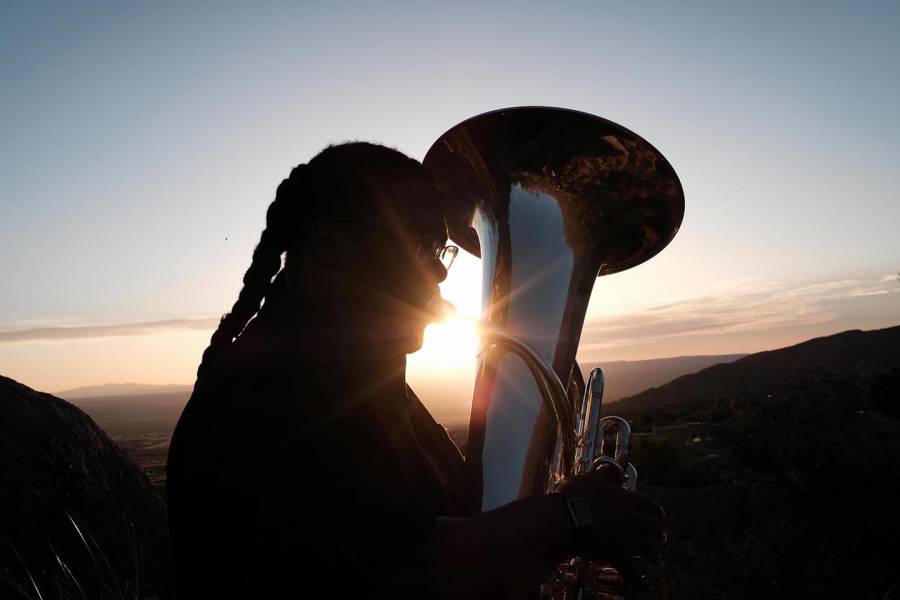 Image caption: Richard Antoine White is a tenured professor at the University of New Mexico and the principal tubist of the New Mexico Philharmonic.

A version of this article originally appeared in Peabody Magazine.

Richard Antoine White walks toward a park in West Baltimore. "This water fountain has to be as old as me," he says in this onscreen moment from R.A.W. Tuba, and is surprised to discover it still works. He chokes up a second, then says, "That was my bathroom, man," referring to a time in his life when he was homeless.

R.A.W. Tuba is the roughly half-hour documentary that illuminates the life of White (BM '96, Tuba), from his hardscrabble early years in West Baltimore and on to becoming principal tubist of the New Mexico Philharmonic. The film will screen Thursday at Peabody's Miriam A. Friedberg Concert Hall, followed by a performance by White.

"Richard, his story is just incredible," says Darren Durlach, who co-directed R.A.W. Tuba with his filmmaking partner David Larson. Speaking by phone in May, Durlach had recently returned from the documentary-focused Mountainfilm Festival in Telluride, Colorado, where the short debuted. "It got standing ovations each run, and you could hear a lot of sniffling and tears in the theater. Richard performed after each [screening], and it was really powerful and moving."

White's mother battled alcoholism, and as a kid he often couch-surfed or slept outside or in abandoned row houses. The foster parents who raised his mother eventually took him in, providing stability, and when an injury sidelined his teenage sports career, he found his way to the Baltimore School for the Arts, brass instruments, Peabody, and eventually becoming the first African American in the world to earn a doctorate in music for tuba performance, from Indiana University.

A doctoral degree wasn't originally part of his plan, but a chance encounter on Baltimore's subway changed his mind. White was telling his dad that he wasn't going to pursue a doctorate because he already had jobs lined up, when a nearby young man overheard him.

"This little kid tugged on my shirt and said, 'Hey, mister, you're going to be a doctor?'" White says. "And I was like, damn, I gotta finish this to let him know that he can do it. That's my ultimate dream for kids in Baltimore and all over, to see this film and turn the word 'impossible' into 'I'm possible.'"

Durlach first started shooting with White in May 2018, visited New Mexico over the summer, shot a bit in Baltimore with White and his local friends and relatives in the fall, and then "edited and re-edited and re-edited and re-edited from September to February," he says. R.A.W. Tuba had a first-look screening at White's Baltimore School for the Arts alma mater before its Mountainfilm debut. It has since screened at the San Francisco DocFest and the Columbia Film Festival, and Durlach is hoping that Netflix or Amazon Prime becomes interested in streaming it.

White simply hopes that young people who can relate to his situation get to view it. 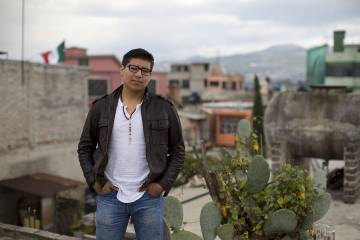 A mother's love and the American dream