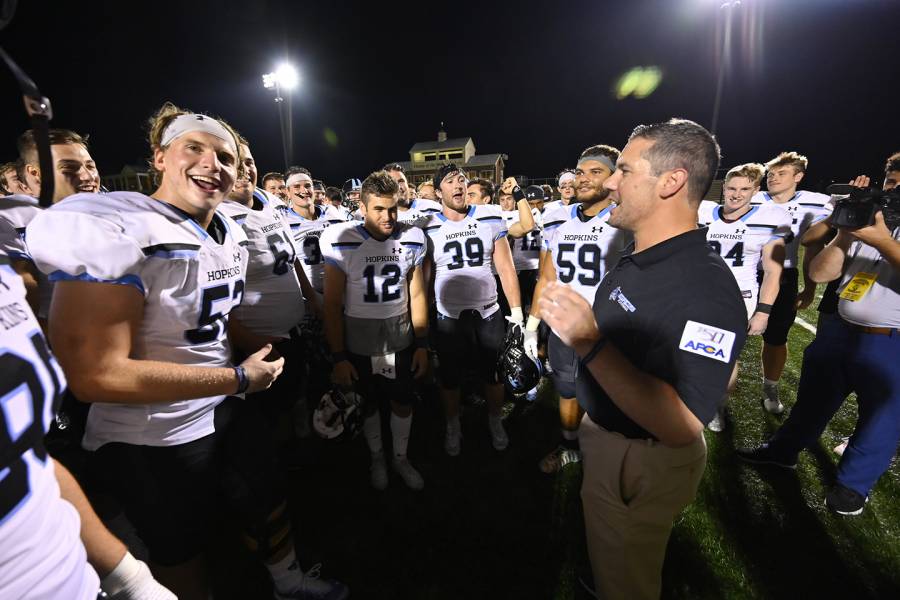 Image caption: Coach Greg Chimera huddles with the Blue Jays during their first game of the season at Randolph-Macon on Sept. 5

Hopkins has enjoyed a run of success over the past decade by making nine trips to the NCAA playoffs. It has owned the Centennial Conference over that stretch by winning 10 titles and losing only six league games.

But for the 2019 Blue Jays, this season will be framed around one stunning loss—and how effectively the team moves past it, while also holding it close.

This season marks the first without Jim Margraff, Hopkins' hugely successful and beloved head coach for nearly three decades, whose death at age 58 on Jan. 2 crushed them.

Eight months later, Blue Jays players and coaches are looking ahead confidently to the school's first year without Margraff at the helm since 1989 and begin the season ranked among the top teams in the nation. They're also looking back reverently at the man who left an indelible mark at his alma mater. 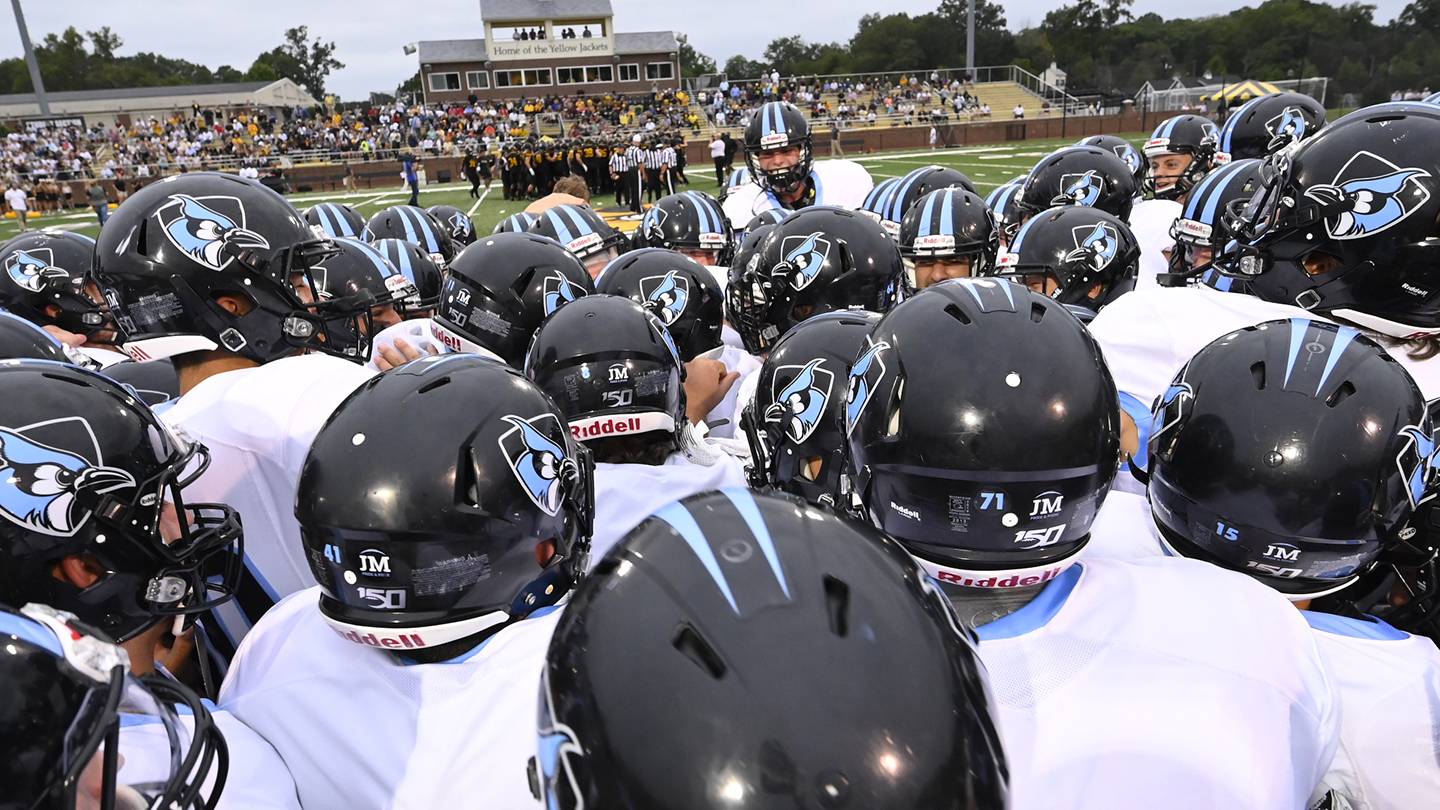 Image caption: In their season opener against Randolph-Macon on Sept. 5, the Blue Jays donned a memorial sticker on the backs of their helmets featuring the letters JM to commemorate Jim Margraff. Sixth-ranked Hopkins held on for a 17-12 win against the No. 24 Yellow Jackets to start a season full of promise with a 1-0 record.

"I haven't stepped onto Homewood Field without thinking of him or feeling him," senior quarterback David Tammaro says of Margraff, who was a 1982 graduate and former star quarterback for the Hopkins football team. "When I make a bad throw in practice, I hear his voice saying, 'C'mon David, finish your throw. Admire your throw.'

"On the field, it's been a good transition for us. We know how well [Margraff] prepared his assistant coaches to take the next step," adds Tammaro, pointing to the continuity on a staff led by new head coach Greg Chimera. A former Hopkins player who graduated in 2009, Chimera spent the previous 10 seasons as an assistant under Margraff, the past five as offensive coordinator. 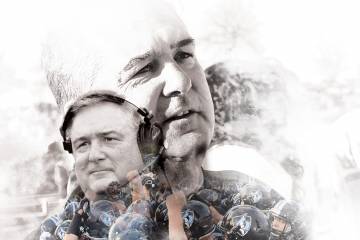 Jim Margraff's impact can't be measured in numbers. To the hundreds of players who have been a part of JHU's football program in the past three decades, he was much more than a coach.

"Off the field, it's been a pretty hard transition," Tammaro admits. "[Margraff] was like my dad away from home. The most humble guy ever. Everyone is playing this season for Coach Margraff. That's all [the motivation] you need."

Senior guard Joe Figueroa recalls how awkward it was for coaches and players alike when the team hit the field for its first spring football practice, marking its first time as a unit without Margraff overseeing a workout.

The players quickly warmed to a suggestion by Chimera to reprise Margraff's old rallying call to the offensive line—"Pride, poise, knock 'em back!" At the end of each practice, one of the players repeats it as the Blue Jays break their final huddle of the day.

"You can feel [Margraff's] presence," says Figueroa, the leader of the offensive line. "The shock of [his death] still hits me. Last week during practice, I had a rough play, and this emotional feeling just came on and I dropped a tear. Sometimes I still want to walk into his office and see his face. He is Hopkins football." 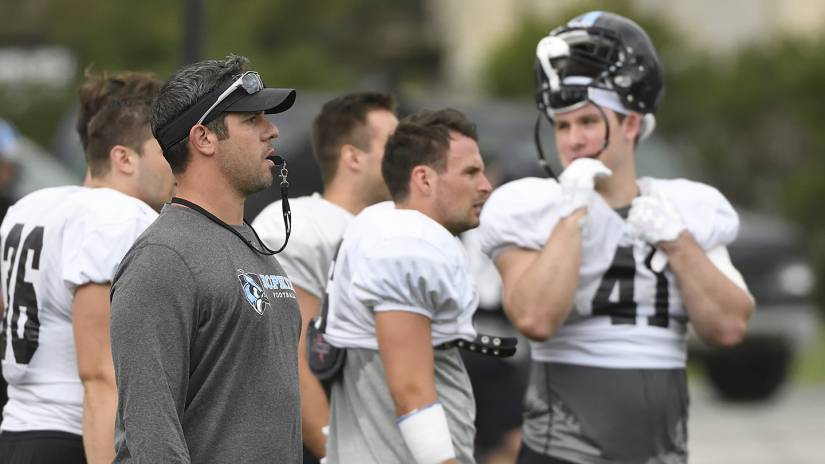 Hailed as a remarkably unpretentious mentor and teacher who rarely lost his cool, Margraff guided Hopkins to its highest peak yet during his 29th and final season. The team won a school-record 12 games and, less than two weeks after JHU's season came to an end with a 28-20 loss to perennial powerhouse Mount Union, the most successful coach in school history was named national Division III coach of the year.

And then suddenly, he was gone.

"Every other head coach I ever played for before I came to Hopkins was straight-edged. They only wanted to do things this way or that way," senior defensive end Mike Kalanik says. "Coaches here don't flip out over dumb stuff. They give players a lot of space and responsibility. Coach Margraff was so chill under pressure. I see the same relaxed way in Coach Chimera."

Chimera was about to board a flight home to Baltimore from Chicago when he heard about the coach's death from Will Margraff, the youngest of Jim's three children. After being named interim head coach, Chimera was announced as Margraff's successor on Feb. 22.

"During the interview process, a lot of questions were about what I was going to do differently than Jim. The answer is 'not much,'" says Chimera, alluding for example to Margraff's spread offense, a pass-happy attack that repeatedly has produced record-setting scoring and yardage numbers at Hopkins.

"I'm not trying to duplicate everything Jim did, but there is a sense of comfort with it," he adds. "He created such a blueprint for what it takes to win at a high academic institution and how to set guys up for life afterward.

"All I know about college football and coaching is due to Coach Margraff. He was more of a best friend than a boss. We'd sit in his office and talk for hours about football and non-football things." 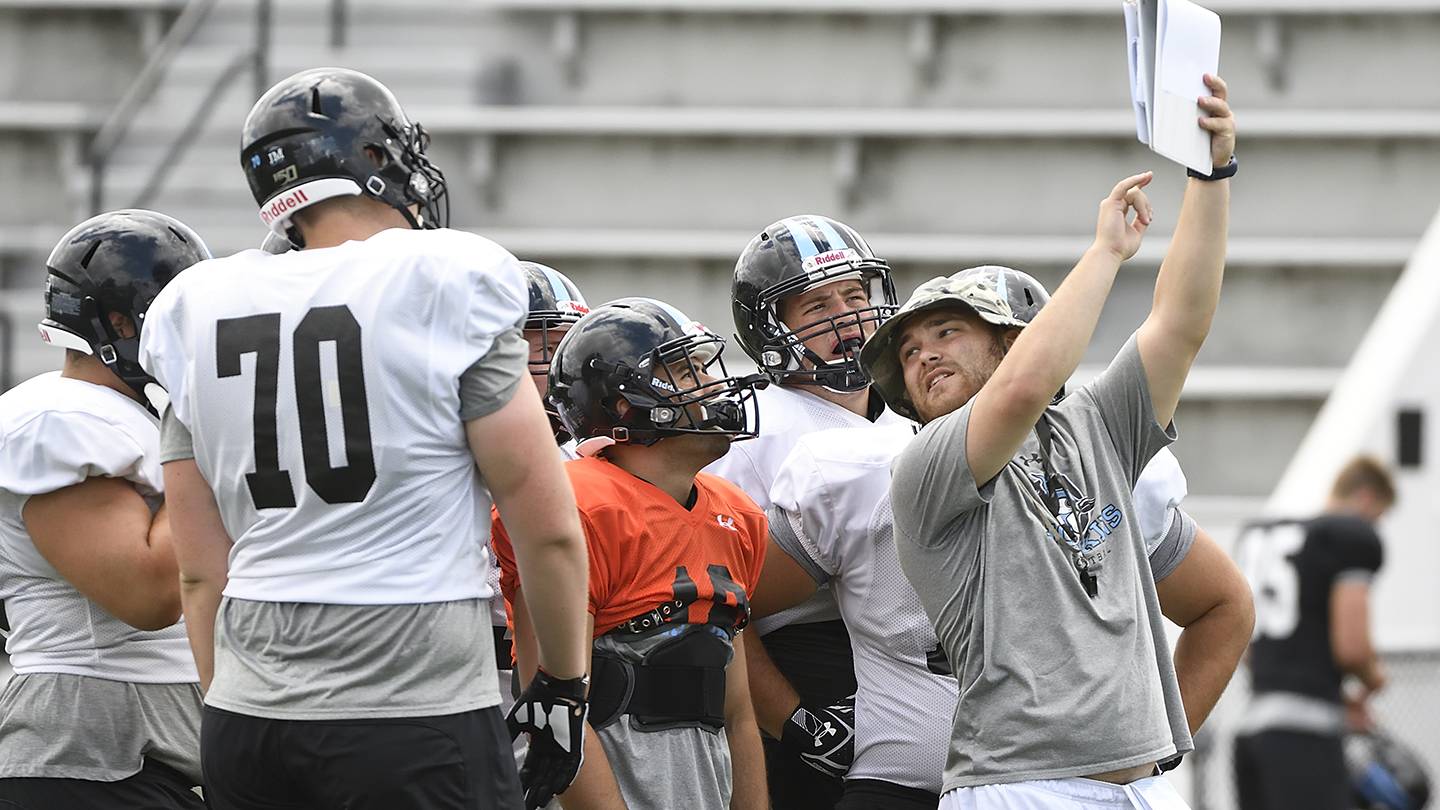 Image caption: To ensure continuity from last season, Chimera has retained much of his coaching staff, including defensive line coach Cory Pietrzyk (right).

Josephson started coaching under Margraff during his undergraduate days after a recurring knee injury forced him to give up playing as a sophomore who never saw the game-day field. He left Hopkins after five years of coaching to take a job at Stanford as a graduate assistant. He worked with the Cardinal secondary last season.

Josephson spoke with Margraff on Dec. 31, the day before Stanford played in last season's Sun Bowl and two days before Margraff's death. Josephson says he later jumped at the chance to return to a program he treasured, in part because Margraff had introduced him to what would become his chosen livelihood.

"Jim was the most consistent guy ever. Even when he was stacking up all of those wins and conference championships, he never changed, never hit a panic button, never lost sight of what a football experience should be for young men here," Josephson says.

"He always taught the lessons that would set you up for life—be a good citizen, be a good teammate, do things with great effort," he adds. "No one here is over [Margraff's death]. But everyone here is so committed to making this season everything it can be." 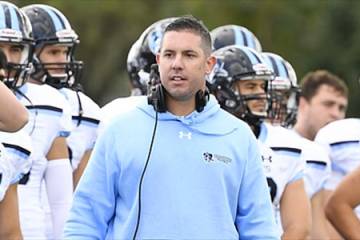 Published Jan 10, 2019
A member of the Hopkins coaching staff for 10 seasons, his offense set school records for touchdowns, yards per game in 2018