Beyond Conflict founder Tim Phillips on peace, tribalism, and conflict around the world

He will speak as part of the SNF Agora Institute's "Talking (and Listening) Across Divides" conference that takes place in Athens, Greece, on Wednesday

During his career, Tim Phillips has learned a great deal about reconciliation and human behavior. One lesson in particular stands out: The Enlightenment was deeply flawed. 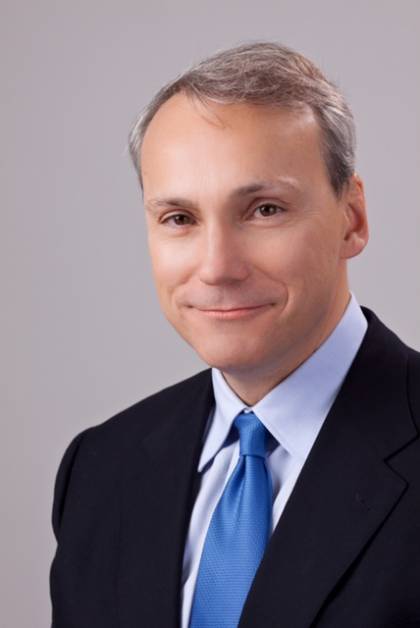 It's a lesson that's been reinforced throughout the 27 years Phillips has spent leading the nonprofit Beyond Conflict, which he founded in 1992 to support governments and organizations as they broker peace and reconciliation in areas ravaged by war, oppression, trauma, and discord. Phillips helped pave the way for the Truth and Reconciliation Commission in South Africa, which aimed to bring restorative justice to victims and perpetrators of human rights abuses under Apartheid, the nation's strict system of racial segregation that came to an end in the early 1990s.

Since then, Phillips has worked to resolve conflicts in more than 75 countries, including Northern Ireland, Cuba, and countries in Central America and Eastern Europe. During each mission, he's seen the burden that emotions have on human behavior.

"A friend working to bring peace to Guatemala and El Salvador in 1992 told me that exclusion is a main driver of conflict," he says. "At the time, I understood what he meant intellectually, but as I started working around the world, I saw that some form of cultural, social, or economic exclusion was consistent in every place."

He later learned, from his extensive work with neuroscientists and psychologists, that such forms of social rejection are experienced as physical pain in the brain. The close association between brain and social sciences led Phillips to establish the Beyond Conflict Innovation lab for Neuroscience and Social Change, which uses cognitive and behavioral science research to inform the design of better interventions for building peace and promoting social change.

Phillips will be among the scholars and practitioners participating Wednesday in a half-day conference in Athens, Greece, hosted by the Stavros Niarchos Foundation Agora Institute at Johns Hopkins. The conference, titled Talking (and Listening) Across Divides: What We Can Learn from Research and Experience, will bring together experts whose work sheds light on conflict resolution as well as methods of coalition and consensus building among groups with competing agendas.

The conference will be livestreamed from Athens beginning at 2:30 a.m. EST and rebroadcast on the Johns Hopkins University YouTube, Twitter, and Facebook accounts beginning at noon.

Phillips will participate in a panel discussion with Roelf Meyer, a former leader of South Africa's National Party, which enacted and enforced Apartheid, and Ebrahim Rasool, the former South African ambassador to the U.S. who spent time in prison alongside Nelson Mandela for his anti-Apartheid activism. Meyer, who later left the National Party and even held a prominent role in the negotiations to end Apartheid, served as minister of defense and once added time to Rasool's prison sentence, Phillips says.

"When we bring in people like Roelf and Ebrahim, who used to be enemies, to share their perspectives with people around the world, it shows that change is possible," Phillips says.

"Tim's work with Beyond Conflict is an inspiring and innovative model for conflict resolution, and the proof is in the relationships he helps forge across social divides" says Hahrie Han, who was named the inaugural director of the SNF Agora Institute earlier this spring. "There's a great deal of overlap between Beyond Conflict's mission to promote peace and social change and the mission of the SNF Agora Institute to develop capacities for more productive dialogue and engagement, and we're looking forward to hearing from him and his colleagues during the conference."

Phillips' colleague Mike Niconchuk, a senior researcher in Beyond Conflict's Innovation Lab for Neuroscience and Social Conflict, will also speak at the conference during a panel on refugee integration.

The Hub caught up with Phillips to learn more about his approach to conflict resolution, the lessons he's learned along the way, and where he plans to take Beyond Conflict next. 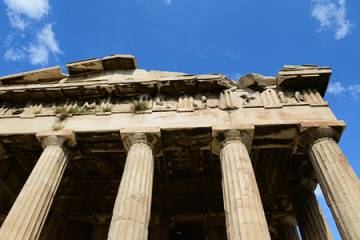 What drew you to this type of work?

I think it was a combination of intellectual curiosity and a belief that people can learn from the experience of others and can change for the better. It was the late '80s and early '90s, the end of the Cold War, and I was drawn to and interested in the revolutionary change that was taking place.

Do you believe there is a greater demand for the kind of work you do with conflict resolution and social change in 2019 than there was in 1992?

Well, I think where it's needed has changed. In the early '90s, when we began our work, there was a wave of democratic change around the world that started in Eastern Europe in the former Soviet Union. It had an impact in Central and South America, in South Africa, and in Northern Ireland. There was a wave of governments becoming more democratic.

The Field Guide for Barefoot #Psychologists is a tool to address the effects of forced migration on the brain and body. Find out more: https://t.co/o4VKlWBvm8 #refugees #MentalHealthMonth pic.twitter.com/UHZPzKfX5v

It's interesting you say that, because the SNF Agora Institute's Yascha Mounk has been outspoken about the erosion of democracy in the West, and in February the organization Freedom House published a study that found a decrease in democracy in the U.S. for the 13th consecutive year. It seems our democratic norms are falling away.

Well, let me put it this way: Roelf and other leaders have been saying for more than a decade that I needed to be focusing my work here, in the United States. And I knew we had problems, but I never imagined it could get this bad. In a sense, they were like canaries in a coal mine. They got it—they sensed the erosion of democracy in ways I couldn't.

What I've found as I begin to work in the U.S. is that it's really emotionally difficult to work in my country. I've developed a deeper appreciation for how difficult this work has been for others around the world. In a sense, I was at a safe emotional distance when I was consulting with leaders around the world and encouraging them to sit down with their enemies and make peace. But now to see how much of my identity, my history, my emotions are tied up with the work in the U.S., I see how difficult this work is, but also that it's possible.

What other lessons have you learned from your experience with Beyond Conflict?

One of the things I've learned is that democracy, at the end of the day, depends on confidence. The Constitution, the Bill of Rights, the courts—they depend on citizens having faith that they'll actually work. In terms of pure civics, the erosion of our country's norms is a real threat to our democracy, and we see the impact that has on what our society accepts and what becomes normalized. Democracy is never guaranteed.

But if there's one thing we learned in South Africa, it's this: Mandela used to say it was important to be tough on institutions but not people. He and other leaders believed that if you're tough on people and hold them collectively and individually responsible, then they won't engage. They'll be psychologically and emotionally burdened, and that prevents them from being productive. We have to allow people to change.

What's next for Beyond Conflict?

We've spent the past few years building out our Innovation Lab for Neuroscience and Social Change, which applies behavioral and brain science to real world issues and to design and promote new tools that reduce conflict. Under that umbrella we are focusing on three thematic challenges: racism and social exclusion, the migrant and refugee crisis, and polarization and division. We're looking scientifically at the specific variables that shape racial preferences in children between ages 4 and 8, when their mental model of the world really starts to take shape.

We're also creating a Polarization Index, based on a series of nationwide surveys that try to quantify toxic polarization in the U.S. and addressing it through a brain and behavioral science framework. Already, we've found that Americans are 50% less polarized on several key issues than we are led to believe by the media and political ecosystem we live in; but we've also seen a frightening and increasing divide in identity politics in our country. Democrats and Republicans are dehumanizing each other to the extent that we see between Israelis and Palestinians. So even though we've found that Democrats and Republicans disagree half as much as previously thought, our ability to work together to address these disagreements is handicapped by deepening tribal identities that are emerging in this country. 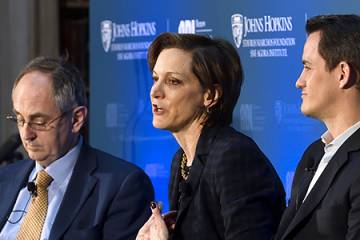 Published April 25, 2019
Applebaum, a 'Washington Post' columnist and an expert on the history of communism and post-communist Europe, will also join JHU's School of Advanced International Studies as a senior fellow 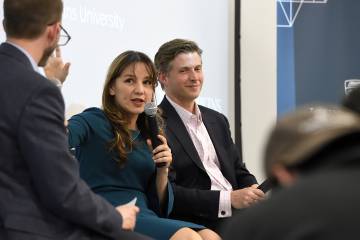 Big tech, China, and the new age of activism