Democracy in retreat: Experts discuss the global state of freedom 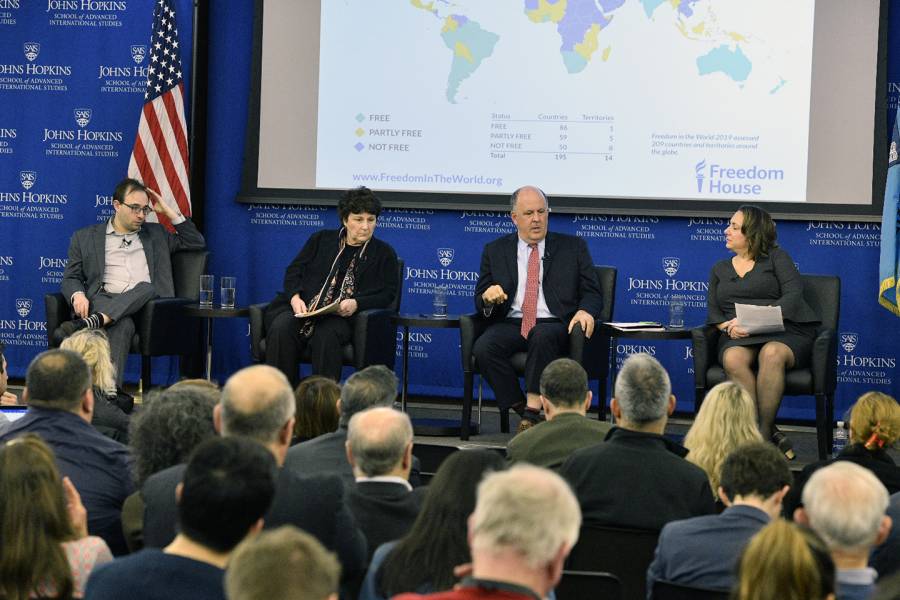 Tuesday was a big day for democracy.

As much of Washington prepared for President Donald Trump's State of the Union address, inside the Nitze building at the Johns Hopkins School of Advanced International Studies, Michael Abramowitz, president of Freedom House, shared details of his organization's newly released report, Freedom in the World 2019.

Published annually for almost 50 years, the Freedom in the World report tracks and assesses political rights and civil liberties around the world, including in the U.S. The 2019 report—compiled by more than 100 analysts and drawn from data and news reports from 209 countries during the calendar year 2018—describes a global erosion of democratic values and practices for the 13th consecutive year.

"That means every year for the past 13 years, there have been more countries experiencing declines in civil rights and civil liberties than those that have improved," Abramowitz said. "I think the picture we're going to paint today is one of deep concern."

Michael Abramowitz: Trump is straining democracy at home and around the world

Abramowitz spoke Tuesday as part of the Freedom in the World 2019: Democracy in Retreat panel discussion featuring political scientist Yascha Mounk, senior fellow at the Stavros Niarchos Foundation Agora Institute at Johns Hopkins, and Karen DeYoung, associate editor and senior national security correspondent for The Washington Post. Elise Labott, a journalist for Foreign Affairs, moderated the talk, which was co-sponsored by the SNF Agora Institute, SAIS, and Freedom House.

Mounk, an expert in the rise of populism and the crisis of liberal democracy, discussed the importance of benchmarking global democratic norms and forms of freedom. 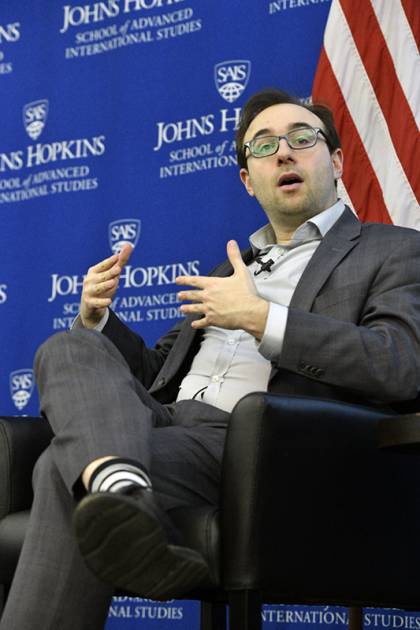 Mounk noted that the democratic backslide can be attributed to regional and country-specific issues, but that a series of overarching challenges may be contributing to the decrease in democracy worldwide. Specifically, he and Abramowitz cited economic instability, the global migration crisis, and the exploitation of the Internet and technology by authoritarian powers as reasons democratic values may be compromised.

Mounk pointed to the rise in populism—both left-wing and right-wing—as another source of democratic erosion and authoritarianism worldwide.

"Populists are the most striking and the newest threat," he said. "The rise of populism is calling into question the future of democracy in its heartland, and that's a very different kind of challenge to address."

In the U.S.—which received an aggregate freedom score of 86 points out of 100 this year and was outranked by more than 50 countries in the report—there is perhaps no greater populist figure than Trump. Although Abramowitz described Freedom House as "fiercely nonpartisan" and noted that American democracy has trended downwards for the past eight years, the topic of the president, his administration, and his populist roots loomed over the talk.

DeYoung pointed to a number of Trump policies that have been stymied by the courts—notably his populist immigration policies—and suggested that America's democratic institutions have helped stave off further erosions of freedom. But Mounk offered the counterargument that the president's populist rhetoric has actually been relatively ineffective in motivating popular movements the way Recep Tayyip Erdogan has in Turkey, or the way Hugo Chavez had in Venezuela.

"Our institutions have not been subjected to a serious test yet," he said.

Still, Abramowitz said, there are things that can be done to strengthen democracy and the hallmarks of freedom, such as preserving free and fair elections, supporting an independent press, and safeguarding the rule of law. And that process, he said, should start at the grassroots level.

"You have to build a strong democracy at home. That's a crucial factor here," he said. "Civil society, journalists, and others are really focused on rebuilding democracy in the U.S. I think that's the predicate for improving global democracy." 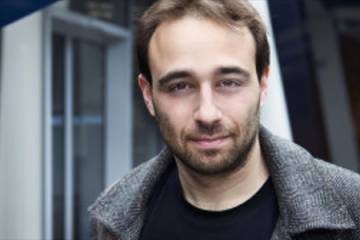