A spotlight on STEM projects by Baltimore City students

In SABES STEM Showcase, students in local elementary and middle schools share their designs and innovations 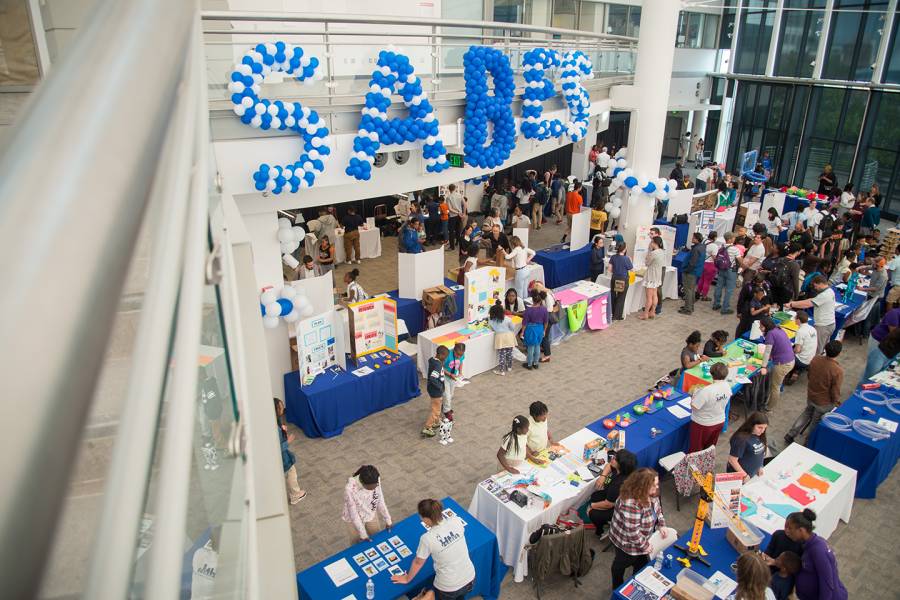 Na'zhiy Dorsey loves to eat lunch at school. It's a time not only to quell a grumbling tummy with a sandwich or chicken nuggets, but also to relax a little and chat with friends. What she didn't love, however, were the sometimes dirty windows in the Furman L. Templeton Elementary School cafeteria.

"I would want to look out the windows, but they had dirt and stuff on them," said that third-grader.

So Dorsey and some of her classmates at the school in Baltimore City's Upton community took matters into their own hands, designing, and building the "BPB Cleaner," a robotic brush equipped with a battery and tiny motor that produce a chugging motion that scrubs away dirt and grime with very little human effort. 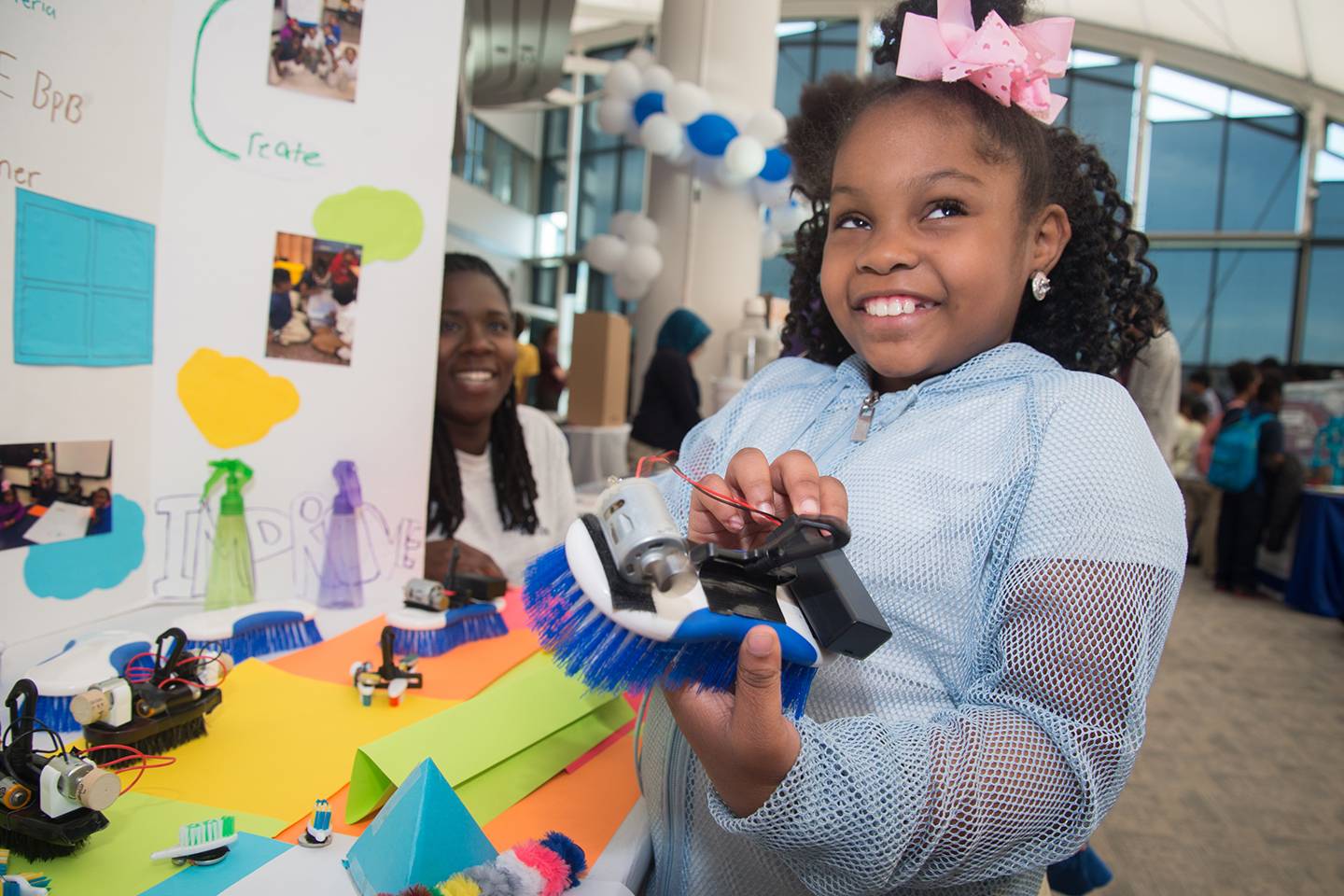 Image caption: Na’zhiy Dorsey shows the scrubbing device she helped design to clean the windows of her school

That project was one of dozens of student-conceived-and-built devices on display at this year's SABES STEM Showcase, held last week at the Columbus Center near Pier V downtown. The annual event spotlights innovative and creative work being done in Baltimore's elementary and middle schools as part of the SABES program, which stands for STEM Achievement in Baltimore Elementary Schools. A partnership between Johns Hopkins University's schools of Engineering and Education and Baltimore City Public Schools, SABES is aimed at strengthening science, technology, engineering, and mathematics achievement in the early grades.

This year's event attracted hundreds of visitors, who browsed displays and watched demonstrations by students from seven city elementary schools, as well as activity stations by organizations including the Chesapeake Bay Foundation and the National Aquarium. The inventions on display are an opportunity to see how SABES students are working to make their own schools and communities better.

"One of the first things SABES students do is to take a community walk to consider what they could change or improve in their own communities," explained Mary Chapman, a SABES after-school teacher at Dr. Bernard Harris Sr. Elementary Middle School in the city's Oliver community. 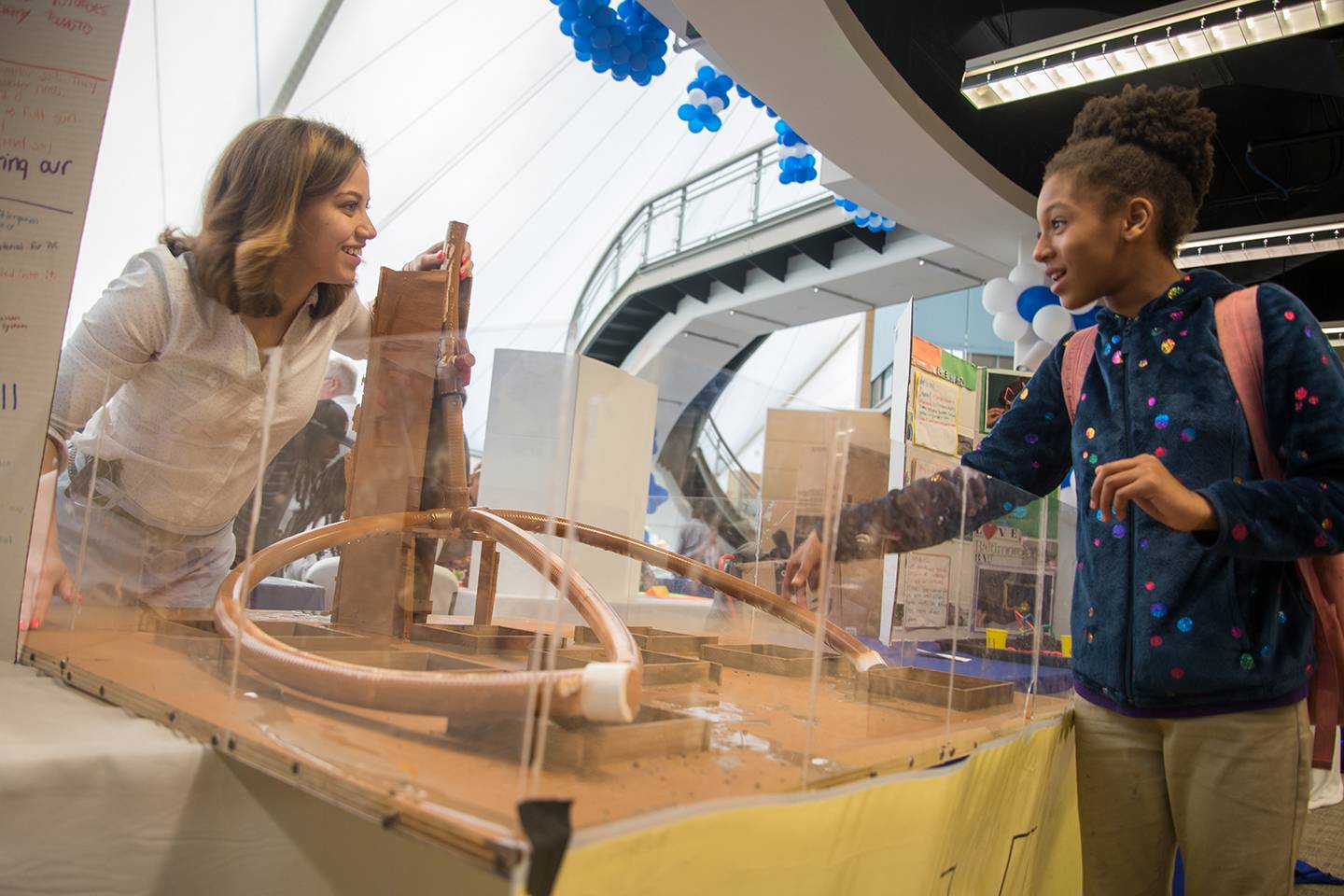 Chapman's students formed a team they call "Young Kids in Charge" and applied the principles of the engineering design process to solve a problem on their very own school playground: a twisty yellow plastic slide that got too hot during the sunny spring and summer months.

"They decided on a water-cooled slide, and drew diagrams of it first. Then, they considered how they would collect the water for it. We talked about how gravity works, and how they could overcome it to get the water up and then down the slide," she said.

After trying and abandoning several other models (including using a bicycle donated by Baltimore Bicycle Works to produce electricity), they settled on powering the pump with a 12-volt solar battery. It worked!

"It makes me feel like a real scientist!" said Deluan Duff, a member of YKIC, gazing at the water-slide on a recent warm spring afternoon.

SABES was originally launched in 2012 with $7.4 million grant from the National Science Foundation. It combines teacher training, a rigorous, hands-on classroom curriculum, and engaging after-school programming and community events for students in grades 3 through 5. Since the program began, it has involved more than 11,000 Baltimore City students and trained at least 350 teachers. 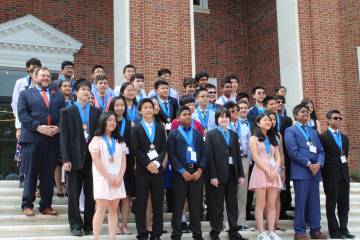 CTY celebrates bright students from around the world

Published May 21, 2019
Event held on university's Homewood campus recognizes middle schoolers who score among the top 12% on standardized tests 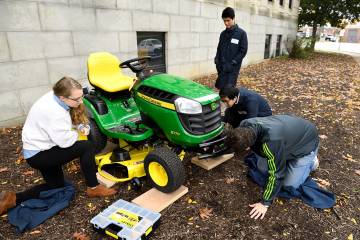 Solving the problems of tomorrow