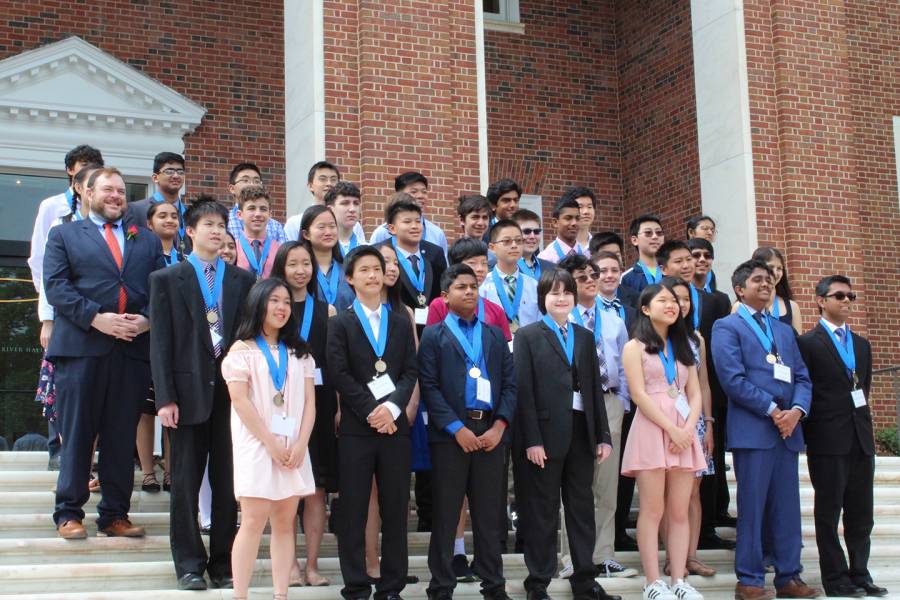 "I wasn't sure what it would be like, or if I would able to concentrate for the whole test, but I knew I would be able to take it again later on if I didn't get a good score," Erik said.

Finishing the test "took a lot of brain power," he said—but when he received his test scores, it all seemed worth it. Erik's scores placed him among a select group of students from around the world who were invited to the Johns Hopkins Center for Talented Youth Grand Ceremony held last weekend on the Homewood campus. They were selected for their performance on the SAT, ACT, or similar assessments taken in middle school as part of the CTY Talent Search. 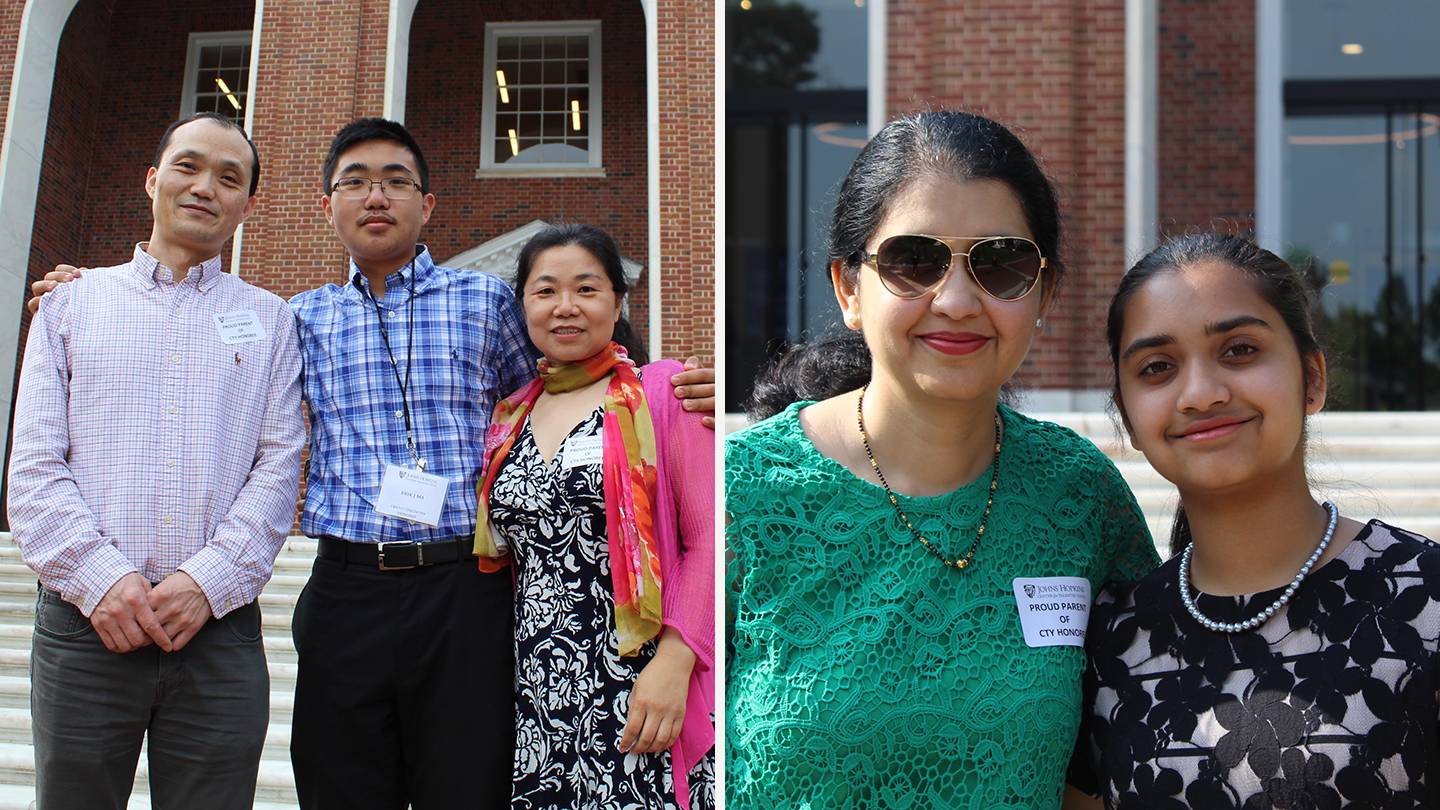 Image caption: Left: Erik Ma stands between his father and mother. The family traveled from Seattle to Baltimore last weekend for the CTY Grand Ceremony. Right: Himani Chonkar and her mother, Rita, traveled from Milwaukee, Wisconsin for the event.

Some CTY programs, such as the free Baltimore Emerging Scholars program and its new summer spinoff program, use school recommendations to identify high-potential students. The Talent Search program uses above-grade-level testing to identify advanced students and provide a clear picture of their potential academic abilities. More than 50,000 students in second through eighth grades from all 50 states and more than 80 countries participated in the CTY Talent Search between July 1, 2016, and June 30, 2018, and seventh- and eighth-graders from this group who scored in the top 12% on their test were invited to attend the ceremonies and qualified for CTY's summer and online programs.

Some honorees arrived wearing suits or sparkly dresses, and some came in shorts and sneakers. Families traveled from as far as Israel, India, Japan, Korea, the United Kingdom, and more than 40 U.S. states to attend the festivities, which included a medal ceremony and lunch, campus tours, and Johns Hopkins Undergraduate Admissions information sessions.

"Students, today is about recognition and achievement, but it is also about celebrating your potential to think big ideas, solve tough problems, and work with others to make a difference in your communities and in the world," said Amy Shelton, CTY's interim executive director and director of research. "I encourage you to continue to seek out opportunities to nurture and grow this great potential in the months and years to come."

Himani Chonkar, an eighth-grader who lives outside Milwaukee, traveled with her mom, Rita, to Baltimore for the Grand Ceremony after earning top scores on the ACT through the CTY Talent Search. She said her test scores have already led to some scholarship opportunities.

"I was nervous about taking a two- or three-hour test, and the best part has been just knowing that I could do it," Himani said. "This has been a real confidence booster." 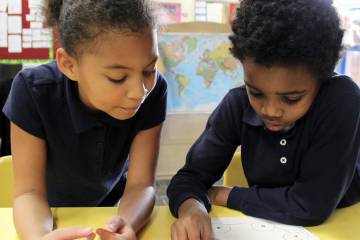 Published May 1, 2019
A state grant will fund two new programs at elementary schools in West and Southeast Baltimore 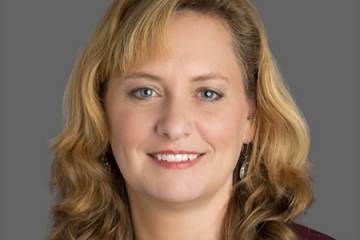 Published Dec 4, 2018
She will assume role currently held by Elaine Tuttle Hansen, who will step down at the end of the year